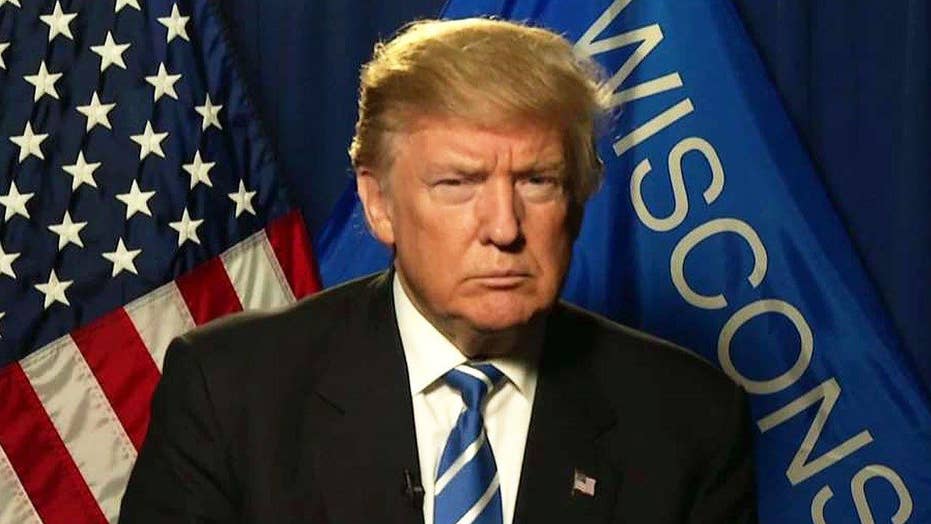 Where will Trump focus his criticism in next debate?

Republican presidential nominee Donald Trump Wednesday criticized a former Miss Universe who claimed that he bullied her nearly 20 years ago, saying that he saved the woman from being fired by pageant executives.

"This is a person ... she did not do well," Trump told Fox News' Bill O'Reilly on "The O'Reilly Factor" Wednesday evening. "She had a lot of difficulties and, you know, they wanted to fire her ... The company itself wanted to fire her. I saved her job ... I said, 'Don't do that. Let her try and lose the weight.'"

"I saved her job, because I said [firing her was] going to be ruinous and I’ve done that with a number of the young ladies, where I save their job," Trump said. "And look what I get out of it. I get nothing."

Alicia Machado, who won the Miss Universe crown in 1996, made international news Monday night after Democratic candidate Hillary Clinton called out Trump during the first presidential debate for labeling Machado "Miss Piggy." In an interview with "Fox & Friends" Tuesday morning, Trump described Machado as "one of the worst [Miss Universe] winners we ever had."

During a conference call hastily organized by the Clinton campaign Tuesday, the Venezuelan-born Machado, now a U.S. citizen, told reporters that she hoped the story would "open eyes" about Trump's alleged treatment of women. She said Trump humiliated her by inviting reporters to watch her work out.

Trump also denied bullying Machado, saying "I hardly know" her and claiming, "If you added up all the time I spoke to her, it’d probably be less than five minutes."

On Wednesday, it was revealed that Machado had been accused of threatening to kill a judge in her home country after he indicted her then-boyfriend for attempted murder. She was never charged.

Trump did not address the judge's claim directly with O'Reilly, saying only "I'm not going to say anything [but] a lot of things are coming out that I wasn’t aware of."

The real estate mogul also criticized NBC's Lester Holt, who moderated Monday night's debate, saying that "he was much tougher on me than Hillary."

"The first half of the show was great. Then he hit me with the birther question, of course," Trump said of Holt, whom the candidate said had done a "great job" immediately following the debate. Trump added that he would give Holt a "C" grade for his performance moderating the debate.