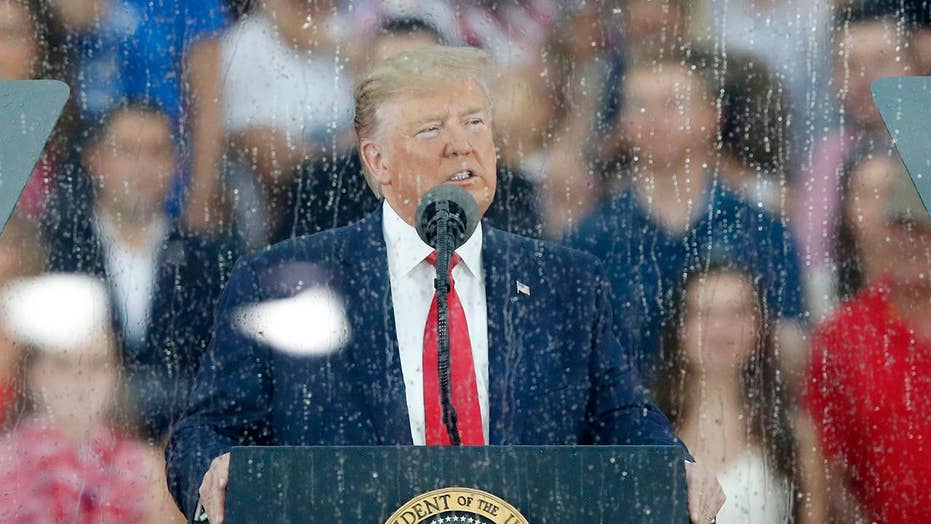 Trump addresses the nation from the Lincoln Memorial, tells Americans that they are part of one of the greatest stories ever told: the story of America.

With the Lincoln Memorial in the background and flanked on both sides by camouflaged Bradley fighting vehicles, President Trump used his “Salute to America” speech Thursday evening to praise the men and women of the Armed Forces and American exceptionalism.

Despite concerns from Democrats that he would use the Fourth of July event as a virtual campaign rally, Trump struck a largely nonpartisan tone during an address that paid tribute to the military by telling its history from the days of America's founding – praising the spirit that “runs through the veins of every American patriot.”

"Today, we come together as one nation with this very special Salute to America," a smiling Trump said. "We celebrate our history, our people, and the heroes who proudly defend our flag — the brave men and women of the United States military."

From George Washington leading the Continental Army to the Apollo 11 moon landing, Trump rattled off a list of American accomplishments and inventions in the name of freedom, while slipping in a boast about his administration's accomplishments.

"Americans love our freedom and no one will ever take it away from us," Trump said to chants of "U-S-A." "Our nation is stronger today than it ever was before, it is stronger now, stronger than ever." 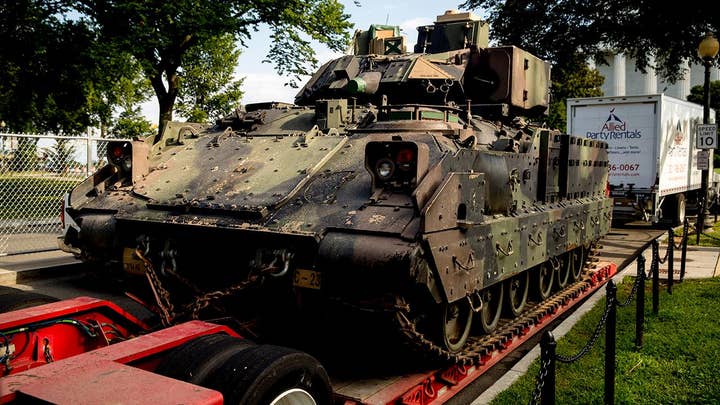 The president took the audience, on this rainy day in Washington, through the history of the Armed Forces, telling tales of valor on foreign soil in gripping detail.

"Together we are part of one of the greatest stories ever told -- the story of America," Trump said. "It is the epic tale of a great nation whose people have risked everything for what they know is right."

Trump followed his speech with an individual honor to each branch of the U.S. military -- Coast Guard, Navy, Army, Air Force and Marines.

Despite the cloudy skies, Trump's speech was punctuated by flyovers by military aircraft ranging from the Air Forces F-22 Raptors and B-2 Stealth Bomber to the Navy's F-18 Super Hornets and Army Apache helicopters.

"Today, just as it did 243 years ago, the future of American Freedom rests on the shoulders of men and women willing to defend it," Trump said. "As long as we stay true to our cause — as long as we remember our great history — and as long as we never stop fighting for a better future—then there will be nothing that America cannot do."

"We will never forget that we are Americans, and the future belongs to us," he said. "We share one home, one heart and we are all made by one almighty God."

Trump's speech was capped off with a performance by the Navy Blue Angels flight team.

While Trump's speech set a unifying tone, the lead-up to the event was marked by controversy – with Trump’s opponents slamming him on everything from the cost of the event to the perceived exploitation of the holiday for a political purpose.

Rep. Betty McCollum, D-Minn., who is among the lawmakers overseeing the Interior Department, which has jurisdiction over the National Mall and federal parks, said it was "absolutely outrageous" that the administration will use park money to help defray Thursday's event costs. The National Park Service plans to use nearly $2.5 million intended to help improve parks nationwide, The Washington Post reported late Tuesday, citing anonymous sources.

"These fees are not a slush fund for this administration to use at will," McCollum said in a statement. She promised a congressional hearing. 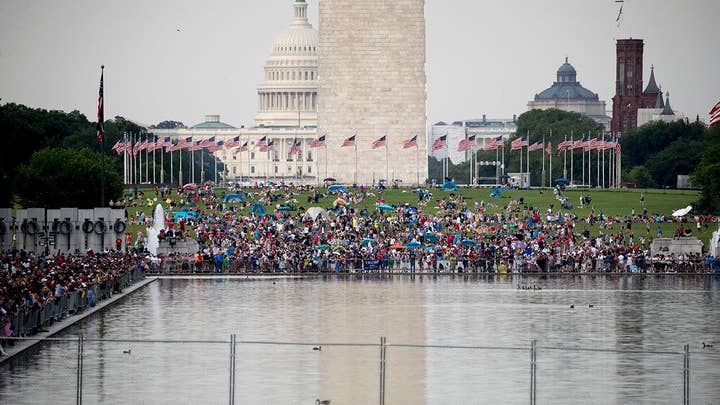 Two outside groups, the National Parks Conservation Foundation and Democracy Forward, want the department's internal watchdog to investigate what they say may be a "potentially unlawful decision to divert" national parks money to Trump's "spectacle."

Former high-ranking members of the Armed Forces also weighed on Trump’s celebration, with retired U.S. Army Gen. Barry McCaffrey – a frequent critic of the president – calling the “Salute to America” “narcissistic” and that it will set up “another vile political fight.”

“He’s turning it into a “narcissistic display for his own purpose,” McCaffrey said on MSNBC on Wednesday. “It undoubtedly is a political event which makes everyone uneasy in the Pentagon.” 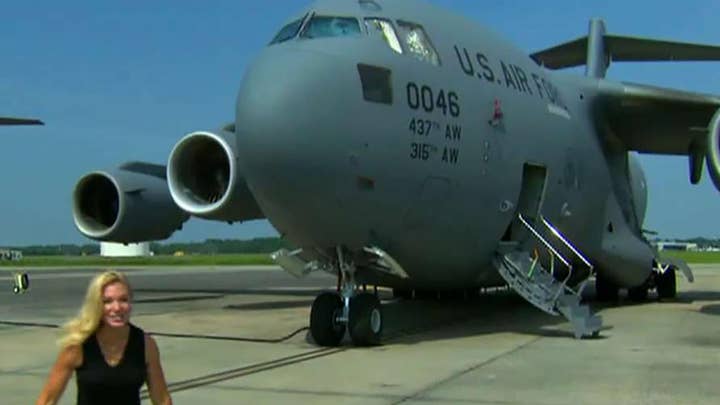 Trump defended the cost of the event on Wednesday, tweeting that cost "will be very little compared to what it is worth."

"We own the planes, we have the pilots, the airport is right next door (Andrews), all we need is the fuel," he said, referring to Maryland's Joint Base Andrews, home for some of the planes that are to fly over the Mall on Thursday. "We own the tanks and all. Fireworks are donated by two of the greats."

Washington has held an Independence Day celebration for decades, featuring a parade along Constitution Avenue, a concert on the Capitol lawn with music by the National Symphony Orchestra and fireworks beginning at dusk near the Washington Monument.

Trump altered the lineup by adding his speech, moving the fireworks closer to the Lincoln Memorial and summoning the tanks and warplanes. 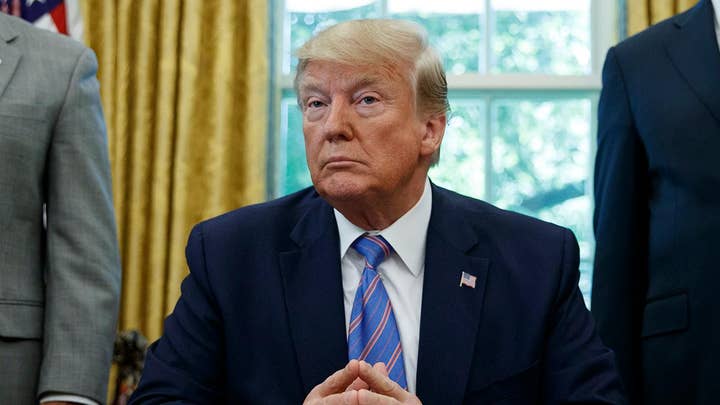 Trump originally wanted a parade with military tanks and other machinery rolling through downtown Washington ever since he was enthralled by a two-hour procession of French military tanks and fighter jets in Paris on Bastille Day in July 2017. Later that year, Trump said he'd have a similar parade in Washington on the Fourth of July 2018, and would "top" the Paris show.

The event ended up being pushed to Veterans Day, which conflicted with one of Trump's trips abroad, before it was scuttled after cost estimates exceeding $90 million were made public.