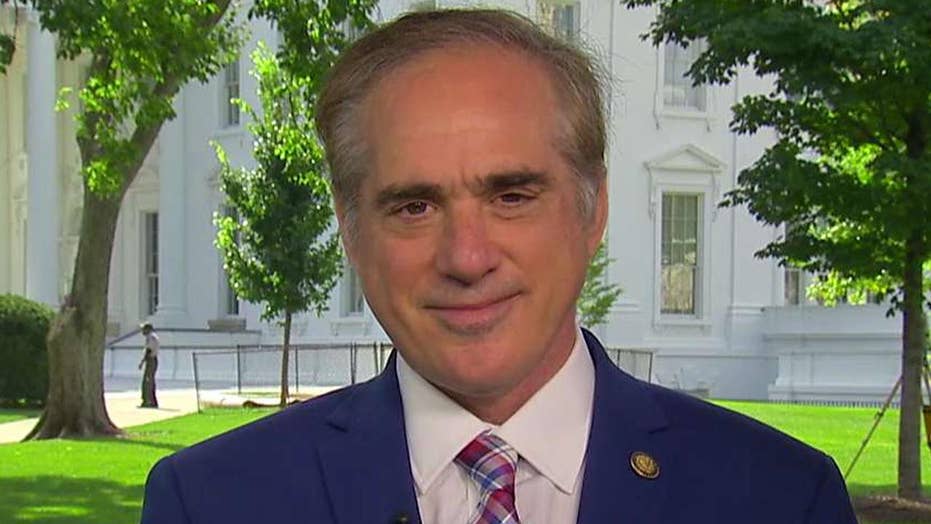 On 'America's Newsroom,' David Shulkin speaks out on efforts to reform system after 'decades of neglect'

President Trump signed what he called a “historic bill” for veterans on stage during the American Legion’s national convention in Nevada on Wednesday.

“No longer will veterans be kept waiting for years to get an answer to their appeals,” Trump said in Reno. “They will receive timely updates and they will get decisions much more quickly in a fraction of the time.”

The legislation signed by Trump – the Veterans Appeals Improvement and Modernization Act -- streamlines the process of veterans appealing claims over disability benefits.

More than 470,000 veterans are in limbo as they wait for a decision on their benefits, a White House official told Fox News Wednesday morning.

During his speech, the president also referenced his decision, announced earlier this week, to send more troops to Afghanistan – a reversal of his campaign promise to withdraw troops that follows months of deliberations with advisers.

“We will pursue an honorable and enduring outcome in Afghanistan worthy of the tremendous sacrifice our troops have already made,” the president said. “We will give our men and women in uniform the tools they need, and the trust they have earned, to fight and to win.”

Trump argued “tremendous progress” has been made “in the fight against terrorism.” But he expressed concern, and vowed to take action, over how terrorist groups, like ISIS use the internet for recruitment.