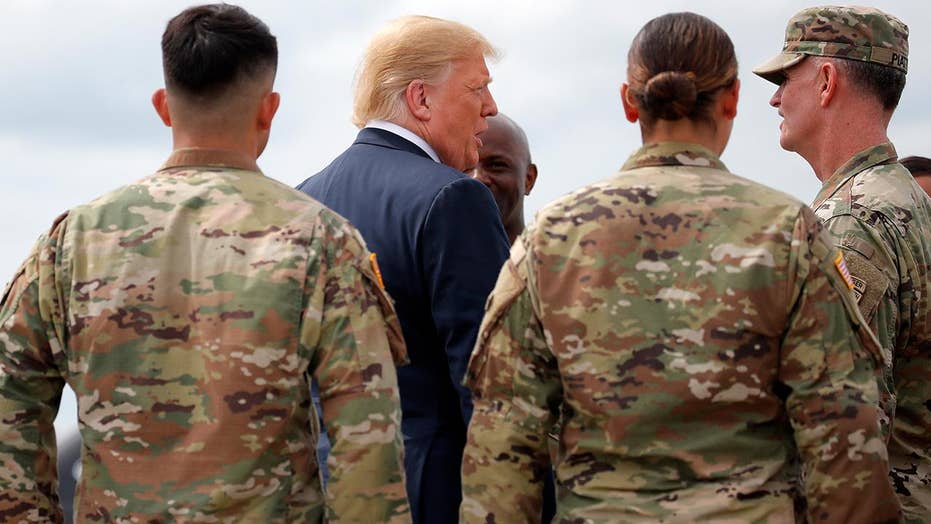 Trump: Our freedom depends upon might of the military

President Trump says the National Defense Authorization Act is the 'most significant investment' in the U.S. military in modern history.

The measure signed by Trump will boost military pay by 2.6 percent, the largest hike in nine years.

“For the new authorization, we will increase the size and strength of our military by adding thousands of new recruits to active duty, reserve and National Guard units, including 4,000 new active duty soldiers,” Trump said. “And we will replace aging tanks, aging planes and ships with the most advanced and lethal technology ever developed, and hopefully we'll be so strong that we'll never have to use it.” 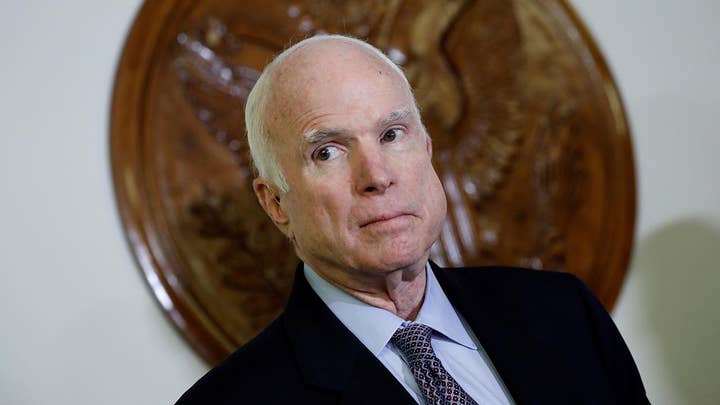 The bill is titled the “John S. McCain National Defense Authorization Act for Fiscal Year 2019.” While Trump praised the military during his remarks at New York's Fort Drum, the president did not address McCain.

In a statement, McCain, who is battling brain cancer, said he was “humbled that my colleagues in Congress chose to designate this bill in my name.”

“Serving as Chairman of the Senate Armed Services Committee and working on behalf of America's brave service members has been one of the greatest honors of my life,” he said.

The bill weakens a bid to clamp down on Chinese telecom company ZTE. It allows Trump to waive sanctions against countries that bought Russian weapons and now want to buy U.S. military equipment. The bill provides no money for Trump's requested Space Force but authorizes the military parade he wants in Washington in November.