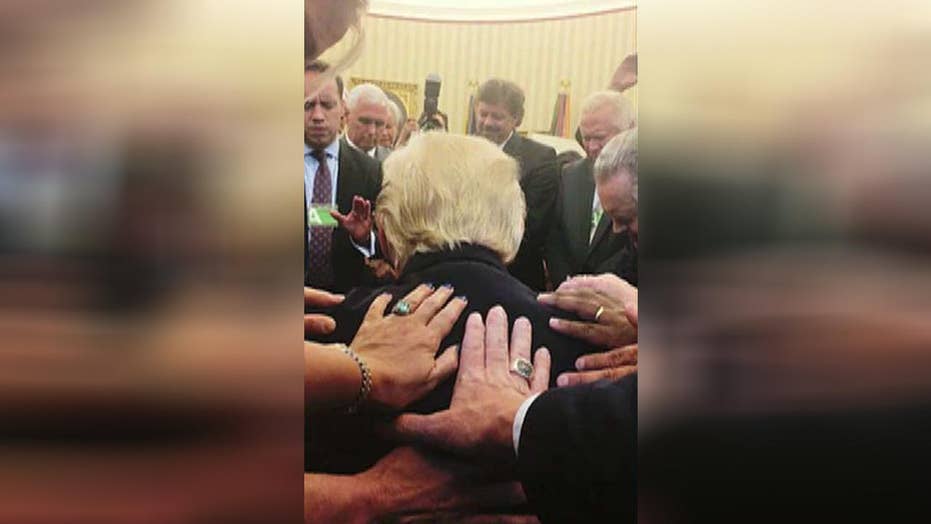 The truth behind the Oval Office prayer circle

An intimate moment during a meeting between President Trump and evangelical leaders earlier this week is now going viral.

Photos posted by some of the attendees of the Monday meeting show the group during a prayer session, laying their hands on Trump's shoulders as his head is bent in prayer.

The picture was posted by Johnnie Moore, a former senior vice president at Liberty University, a large evangelical university in Virginia.

"Really wonderful visit with President Donald J. Trump and Vice President Pence after a hugely productive day-long-meeting with evangelical leaders and the Office of Public Liaison," Moore posted on Facebook.

"What an honor it is to pray for the President in the Oval Office," Moore wrote on Facebook.

Vice President Pence is also seen with his eyes shut and head bowed participating in the prayer session.