In January of this year, President Trump floated ordering all family members of U.S. troops in South Korea to leave the country -- an act that North Korea would have seen as "a sign of imminent attack," according to the explosive upcoming book by veteran reporter Bob Woodward.

The longtime Washington Post correspondent wrote that the prospect of Trump announcing such a weighty decision in an off-the-cuff tweet "scared the daylights out of" Defense Secretary James Mattis and Chairman of the Joint Chiefs of Staff Gen. Joseph Dunford.

"Withdrawing dependents was one of the last cards to play," Woodward wrote in "Fear." "... A declaration of intent to do so from the U.S. commander in chief on Twitter was almost unthinkable."

When Trump called Sen. Lindsey Graham, R-S.C., to discuss the idea, Graham told him that the president needed to "think long and hard before you make that decision," Woodward wrote.

"The day you do that," Woodward said Graham told Trump, "is the day you rock the South Korean stock market and the Japanese economy. That is a big frigging deal."

"You think I should wait?" Trump reportedly asked Graham, to which Graham responded: "Mr. President, I don't think you should ever start this process unless you're ready to go to war."

"Will someone from [Kim's] depleted and food starved regime please inform him that I too have a Nuclear Button," Trump's message concluded, "but it is a much bigger & more powerful one than his, and my Button works!"

The Trump administration's policy toward North Korea is a key theme of "Fear," in which Woodward draws on previous reporting about the rogue nation's nuclear capabilities. For example, the book briefly discussed three secret operations approved by President Barack Obama to deter North Korea's nuclear ambitions.

The book also detailed Trump's relish in calling Kim Jong Un "Little Rocket Man," a nickname he unveiled in an address to the United Nations General Assembly in September of last year. Woodward recorded a conversation between Trump and then-White House Staff Secretary Rob Porter in which the president said that the "Little Rocket Man" moniker "may be my best ever, best nickname ever."

When Porter questioned the endgame to Trump's war of words with Kim, the president reportedly answered: "You can never show weakness. You've got to project strength." 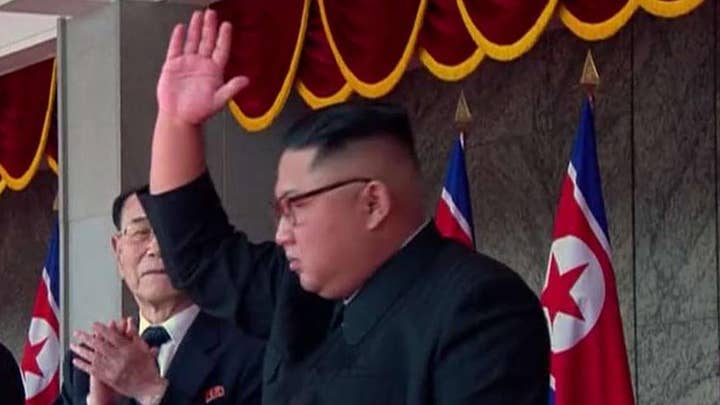 On Monday, White House Press Secretary Sarah Sanders confirmed that Kim Jong Un had requested a follow-up meeting with Trump after their historic summit in Singapore this past June. No details have been finalized.

Trump recently called off a planned visit by Secretary of State Mike Pompeo to North Korea, citing lack of progress toward eliminating its nuclear arsenal.

However, on Sunday, the president offered new praise for Kim following a North Korean military parade that, unlike past parades, downplayed the missiles and nuclear weapons that brought North Korea to the brink of military conflict with the United States just a year ago.

Sanders also cited the parade in her comments Monday.

"The recent parade in North Korea, for once, was not about their nuclear arsenal," she said, characterizing the event as "a sign of good faith." Trump, she said, had achieved "tremendous success" with his policies so far toward North Korea "and this letter was further evidence of progress in that relationship." 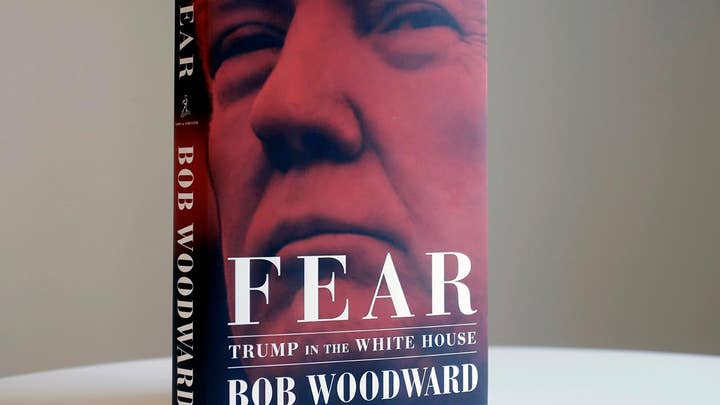 Sanders cited this year's return of Americans who had been detained in North Korea, along with Pyongyang's decision to repatriate scores of human remains believed to be American troops who vanished during the Korean War. Trump also cited how North Korea apparently has not tested a ballistic missile or nuclear material in many months.

Although North Korea has destroyed at least parts of its nuclear test site, and claimed it had dismantled a missile engine test site, it has yet to declare the contents of its atomic arsenal or take concrete steps to end its weapons program. Last month, the U.N. atomic watchdog said it had "grave concern" about the continuation and development of North Korea's nuclear program.