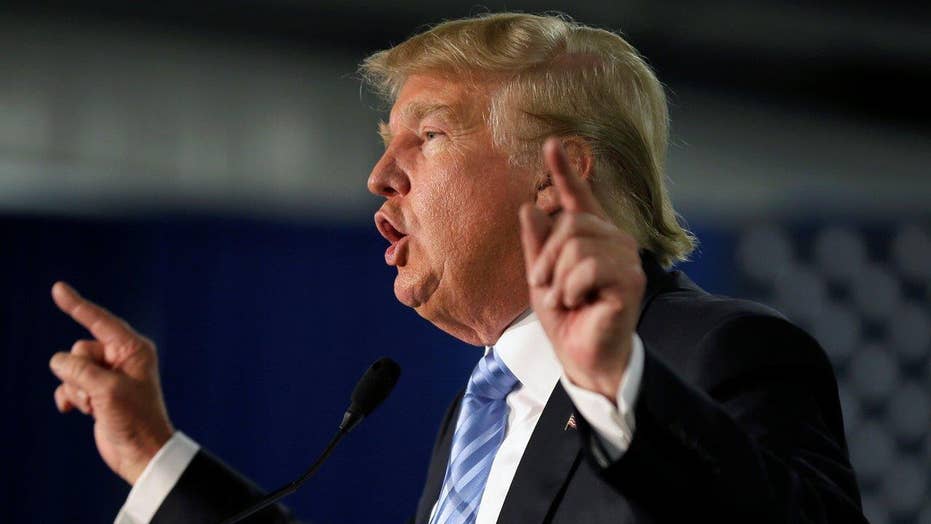 Trump stands by plan to temporarily ban Muslims entering US

Donald Trump refused to back down Wednesday on his calls to place a temporary ban on Muslims from entering the United States telling Fox News “maybe it’s not politically correct…but somebody had to bring it up.”

Trump told Bill O’Reilly on “The O’Reilly Factor” that his plan, which has sparked a political firestorm, “is about security, it’s not about religion.”

“It’s a temporary ban on not everybody, but many,” the GOP presidential frontrunner said. “I would set up a system to see who qualifies to come in, who doesn’t.”

When O’Reilly asked Trump whether he thinks the U.S. needs Muslim nations to fight jihad, the billionaire businessman said, “No I don’t, but I do think it’d be very helpful.”

“I have many good friends who are Muslim, they’re terrific people and they’re…thanking me for bringing up this point,” Trump told O’Reilly.

Trump’s remarks come a week after a radical Muslim couple killed 14 people and injured 21 at a holiday office party in San Bernardino, Calif., and as President Obama is seeking to resettle thousands of Syrian refugees in the U.S. Critics have questioned whether the refugees can be effectively screened, but none have gone so far as to call for a ban on all Muslims.

Obama, in a televised address to the nation Sunday night, called on Americans to reject discrimination, saying, "Muslim Americans are our friends and our neighbors, our co-workers, our sports heroes."

“It was a total disgrace,” Trump said. “We have a president that doesn’t have a clue, he doesn’t know what’s going on.”

Trump received criticism from both Democrats and Republicans over his plan, including Former Vice President Dick Cheney who called Trump an "extremist."

“I am not an extremist, I’m the opposite. I’m someone who understands what’s going on.”

Despite his provacitive remarks, Trump continues to be the GOP frontrunner.

“What’s important is that we get the word out, that we make America great again and that we have security for our country.”