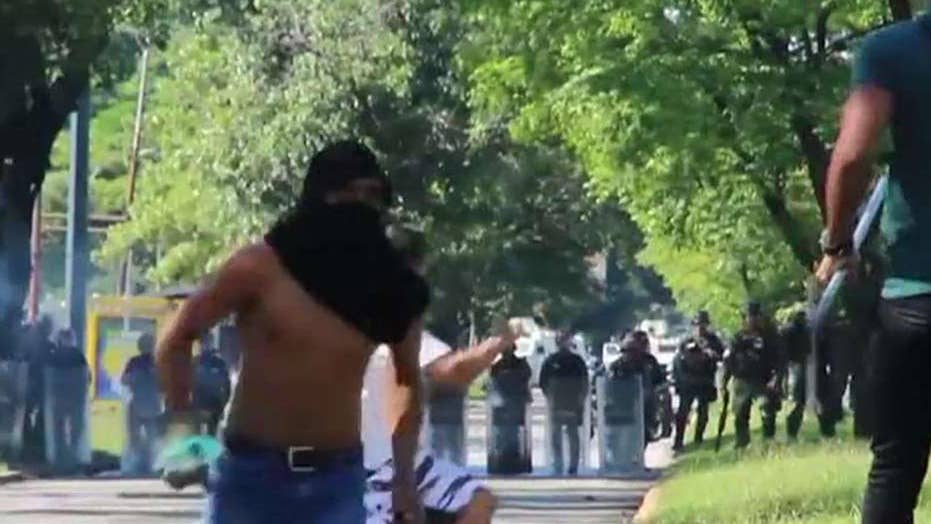 Trump tells reporters at his New Jersey golf course Friday that he's "not going to rule out" a military option."

He adds that it's "certainly something that we could pursue."

Trump has been blasting Maduro's moves to consolidate power, describing him as a "dictator."

VENEZUELA’S CURRENCY NOW WORTH LESS THAN ‘WORLD OF WARCRAFT’ GOLD

The Trump administration has issued a series of sanctions against Maduro and more than two dozen current and former Venezuelan officials.

But a military intervention would be an extraordinary escalation in response.