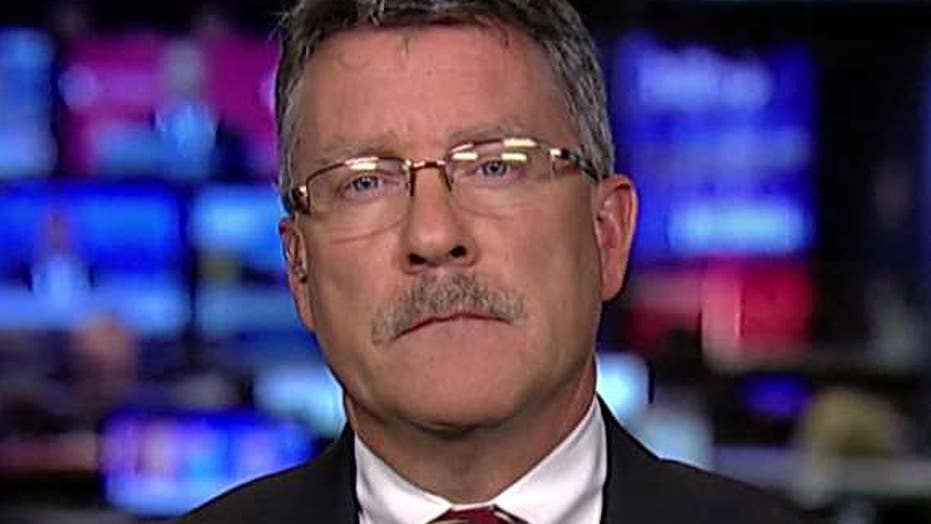 President Trump said Thursday that he wants the FBI investigation into possible ties between members of his campaign and Russian officials to be "absolutely done properly," shortly after he called it a "made-up story" and "an excuse by the Democrats for having lost an election they should have won."

Trump also told NBC News that he had decided to fire FBI Director James Comey before he received a recommendation to do so from a top Justice Department official.

Discussing his thought process, Trump told NBC that, "I said, ‘I probably, maybe will confuse people ... I might even lengthen out the [Russia] investigation, but I have to do the right thing for the American people. He’s the wrong man for that position.'"

Trump again denied that his campaign had any ties to Moscow, saying, "There was no collusion between me and my campaign and the Russians. The other thing is, the Russians did not affect the vote and everybody seems to think that."

The president also denied that he had any business dealings or holdings in Russia that might present a conflict of interest.

"I just sent a letter to [Sen.] Lindsey Graham [R-S.C.] from one of the most prestigious law firms in the country [stating] that I have nothing to do with Russia," Trump said. "I have no investments in Russia. None whatsoever. I don’t have property in Russia ... I'm in total compliance in every way."

Despite dismissing the investigation into his campaign, Trump did say "if Russia did anything having to do with our election, I want to know about it."

"It did not sound like an emergency," Trump said. "[McGahn] didn’t make it sound like ... it had to be done immediately. I believe that it would be very unfair to hear from someone whom we don’t even know and immediately run out and fire a general."