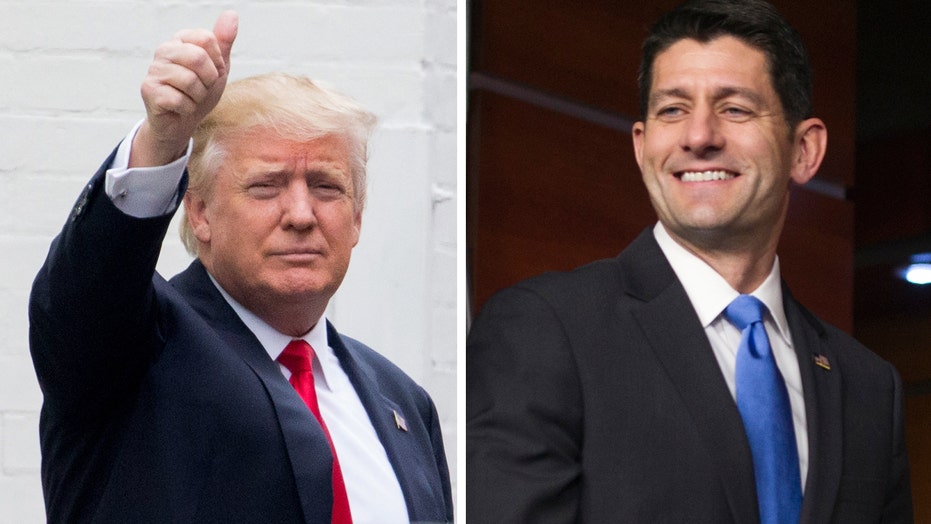 Trump: We had a good meeting yesterday. Ryan's a good guy

Donald Trump, while sticking by statements that his proposed ban on foreign Muslims entering the U.S. is just a “suggestion,” on Friday revealed he wants a commission headed by former New York City Mayor Rudy Giuliani to not only look at Muslim immigration but also study the immigration flow across the Southern border.

“We’re going to put together a really stellar group of people. Rudy will be the chairman … He should be able to come back quickly [with findings],” Trump told Fox News.

After the presumptive Republican presidential nominee earlier this week first floated the idea of naming the Giuliani to lead the group, he told Fox News on Friday that he’s since spoken with Giuliani about the job.

While offering more details about the commission, Trump also helped settle some confusion about whether the “temporary ban” – arguably the candidate’s most controversial proposal of his entire campaign – is still being considered.

Trump said earlier this week it’s only a “suggestion.” Trump also had told Fox News earlier this week, before a high-profile set of meetings with GOP leaders in Washington, that he would like to “back off as soon as possible” on the ban.

He made clear on Friday that he still wants to study the idea, but continued to say it’s just a “suggestion,” as many of his campaign proposals are.

“Anything I say right now -- I’m not the president, everything’s a suggestion,” he said, adding: “I feel strongly we have to do something.”

Meanwhile, the plan continues to fuel likely general election rival Hillary Clinton’s stump speech warnings about Trump. Earlier this week, Clinton cited the plan in calling Trump a “loose cannon” and decried what she described as his “hate rhetoric.”