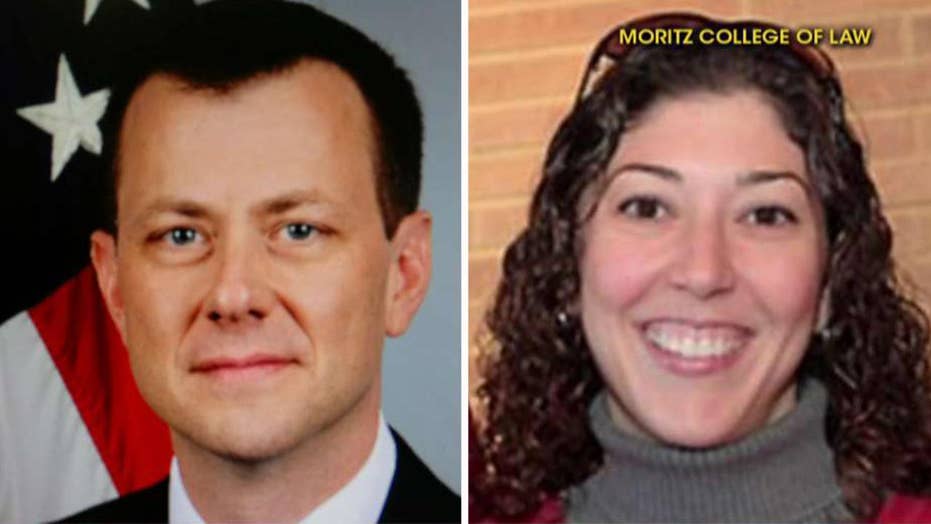 Congressional lawmakers are reportedly looking into whether Peter Strzok and Lisa Page were behind some leaks to the media on the Russia investigation; reaction and analysis from cybersecurity analyst Morgan Wright.

President Donald Trump said in an interview Thursday that the FBI agent who was removed from the Russian-interference probe and once referred to the president as a “loathsome human being” committed an act of “treason.”

Trump told the Wall Street Journal that the text message from Agent Peter Strzok, where he mentioned an "insurance policy" if Trump was elected, was tantamount to treason.

The agent had been deeply involved in the Clinton email inquiry and was in the room when she was interviewed by the FBI. He later helped investigate whether the Trump campaign worked with Russia to influence the outcome of the 2016 presidential election.

Strzok wrote a text message on Aug. 15, 2016, to Lisa Page, with whom he was romantically involved, saying, “I want to believe the path you threw out for consideration in Andy’s office -- that there’s no way he gets elected -- but I’m afraid we can’t take that risk. It’s like an insurance policy in the unlikely event you die before you’re 40."

"Andy" is believed to be a reference to FBI deputy director Andrew McCabe.

Aitan Goelman, Strzok’s attorney, told the paper that it was “beyond reckless” for the president to accuse a man who “devoted his entire adult life to defending this country, of treason.”

“It should surprise no one that the president has both the facts and law wrong,” Goelman said.