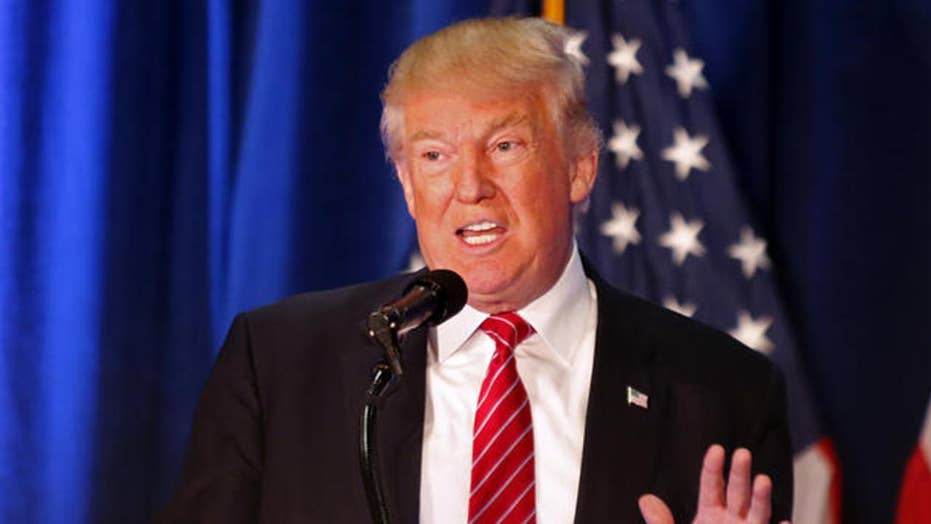 Trump says press will back him

Because he makes media big bucks.

Democrats' policies would kill the prosperity the U.S. has enjoyed this year if they win the 2018 midtern elections, President Trump tweeted Sunday.

“Why would smart voters want to put Democrats in Congress in 2018 Election when their policies will totally kill the great wealth created during the months since the Election. People are much better off now not to mention ISIS, VA, Judges, Strong Border, 2nd A, Tax Cuts & more?” the president tweeted.

Next year’s elections are indeed a concern for Trump. Presidents’ ability to pass legislation is easier when their political party controls the House and Senate. However, the party in the White House historically loses House and Senate seats in midterm elections.

The roughly 32 House seats and more than two Senate seats a president typically losses during a midterm election is enough to give Democrats control of both chambers. (Democrats would need to win a total of 24 seats to win the House and three to end Republicans’ 51-49 majority in the Senate.)

Bruce Mehlman, a former assistant secretary of Commerce and co-chairman of Internet Innovation Alliance, suggested on “Fox News Sunday” that earlier predictions are difficult, considering both sides have advantages.

He pointed out that most House Republicans are seeking reelection in districts with a majority of conservative-leaning voters and that midterm turnout is typically made up of older, more conservative and more white voters.

However, he also argued “the single best predictor” for such elections is a president’s popularity, with Trump’s at a flat 39 percent.

“And Democrats have a massive enthusiasm advantage,” he said, while arguing their 13-point lead over Republicans in “generic” Democrat vs. Republican polls is “epic.”

To be sure, Republicans’ control of Congress has given the president a major legislative win in passing a massive tax-reform bill and has put right-leaning Trump nominees on federal benches.

Trump’s success in defeating the Islamic State terror group, or ISIS, can be attributed to his more aggressive military and foreign policy, which has essentially destroyed the group’s so-called caliphate and reduced the group’s control to a small holding in Syria.

The U.S. Capitol building as seen in this file photo. (REUTERS)

Building a wall along the U.S.-Mexico border is also one of Trump’s major campaign promises, though it remains more elusive, and will likely continue to be, considering Democrats oppose it, and some Republicans are wary of the idea, particularly over cost.

Trump has at times been noncommittal about whether Congress appropriating billions for a border wall must be part of 2018 efforts on immigration reform, including congressional efforts to extend protections for young illegal immigrants under the Obama-era program known as Deferred Action for Childhood Arrivals.

“The Democrats have been told, and fully understand, that there can be no DACA without the desperately needed WALL at the Southern Border … .We must protect our Country at all cost!” Trump tweeted last week.

However, such a warning could be much tougher to enforce after November 2018 if Democrats take control of the House of Representatives or the Senate.