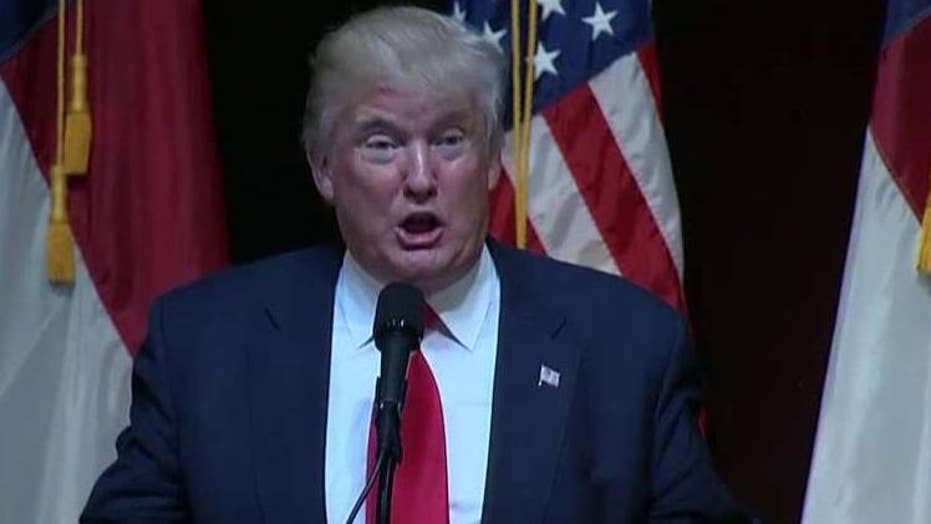 Trump's top 10: The running mate guessing game is on

Despite two more potential vice presidential picks removing their names from consideration, Donald Trump told Fox News on Wednesday that there are 10 more waiting in the wings.

“I’m looking at 10 people,” Trump said. “Three or four called me up, all want to be considered.”

It was rumored that the presumptive Republican presidential nominee had been eying Sen. Bob Corker of Tennessee and freshman Sen. Joni Ernst of Iowa.

Corker confirmed to Fox News he was taking himself out of the running because the job was “too political” for him.

“It’s a highly political job, and that’s not who I am. We had a very open conversation about that, and actually, we have been very candid about it from the very beginning of our meetings,” Corker told The Washington Post in a separate interview.

“I left there feeling very good about him as a person but also realized that at age 63, I know the things I’m good at doing and knowing what a candidate for vice president has to do,” he said. “It’s just not the right thing for me, and I don’t think it’s the right thing for them.”

Ernst, who spent part of her July 4th holiday with Trump, told Fox News they had a “good conversation” and said she would “continue to share my insights with Donald about the need to strengthen our economy, keep our nation safe, and ensure America is always a strong, stabilizing force around the globe."

However, in an interview with Politico on Wednesday, she said her main focus would be Iowa and the Senate.

Trump is expected to announce his choice ahead of the Republican Convention in Cleveland later this month.