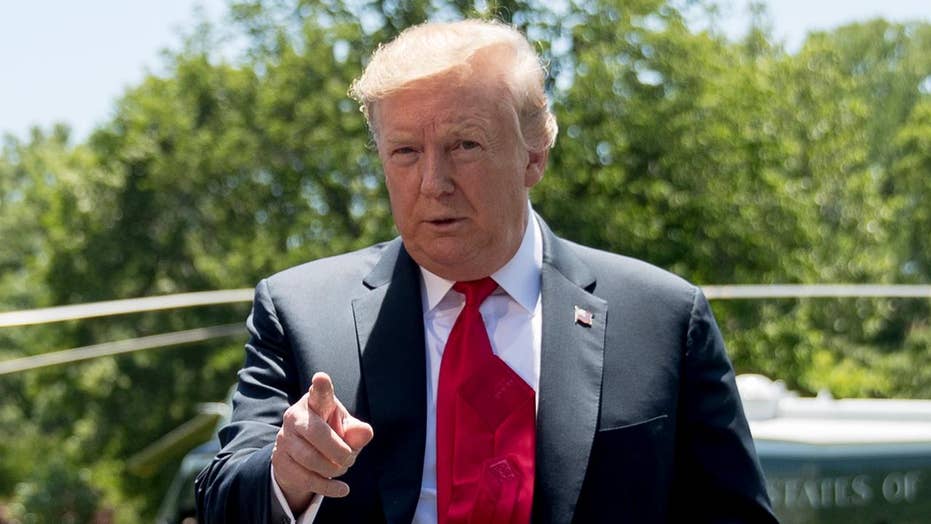 The Trump administration is set to move forward with plans to sell billions of dollars of weapons to Saudi Arabia and the United Arab Emirates, after the Republican-controlled Senate on Monday rejected efforts to block the sales by overriding President Trump's vetoes.

The White House had vowed to use an emergency loophole in the Arms Export Control Act to move ahead unilaterally with sales of billions of dollars in precision-guided munitions, other bombs, ammo and aircraft maintenance support, infuriating lawmakers from both parties. The administration pointed out that this authority has been invoked by past presidents on multiple occasions, including in 1979, 1984, 1990 and 2006.

But, in bipartisan pushback, Democrats and Republicans banded together to pass resolutions blocking the $8.1 billion weapons sales to the U.S. allies in the Persian Gulf.

The veto override attempts commenced in the Senate, because it's the body that originated the legislation in question. Successful veto overrides are rare, and there have only been 111 veto overrides in the history of the republic. The last override was the Senate's 97-1 vote in 2016 to override then-President Obama's veto of the Justice Against Sponsors of Terrorism Act, which allowed families of 9/11 victims to sue those responsible for the attacks, including Saudi Arabia.

Secretary of State Mike Pompeo last month cited threats from Iran as a reason to approve the $8.1 billion arms sale to the two U.S. allies in the Persian Gulf, which are enemies of Tehran. 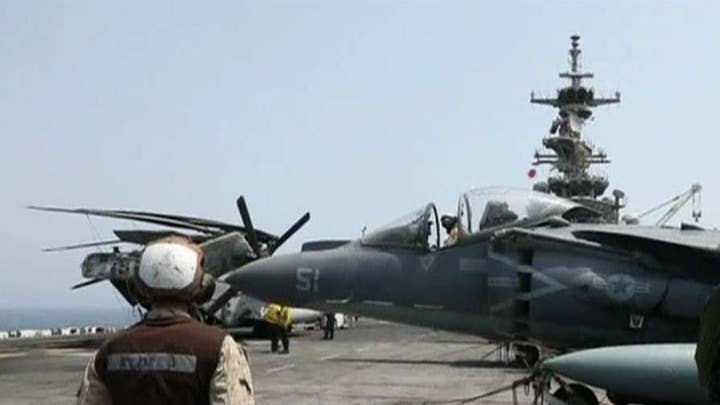 "To reject these sales at this time and under these circumstances is to reward recent Iranian aggression and to encourage further Iranian escalation," Senate Foreign Relations Committee Chairman Jim Risch, R-Idaho, said last month after the Senate voted to block the sales. Risch added that blocking the sales would "encourage miscalculation on the part of Iranians which will be disastrous."

The White House also argued that stopping the sales would send a signal that the United States didn't stand by its partners and allies, particularly at a time when threats from hostile countries such as Iran have been increasing.

FEARS U.S. WEAPONS WILL FALL INTO WRONG HANDS AMID CHAOTIC WAR IN YEMEN

"Iran’s malign activity poses a fundamental threat to the stability of the Middle East and to Americans at home and abroad. We took this step of prudent diplomatic deterrence to augment our partners’ long-term capacity for self-defense and threat mitigation," a senior State Department official told Fox News this past May.

The official added, "Congress won’t act, but we will."

Meanwhile, human rights groups, government officials and the broader international community routinely have raised concerns about the Saudi-led coalition in Yemen striking civilian targets, potentially with the assistance of U.S weaponry. However, less has been said about the possibility of such weapons ending up in enemy hands in the chaotic and lawless theater of war – both Iran proxies and extremist Sunni militias.

"This is an evolving topic; these weapons are getting handed off to a vast range of militias," Philippe Nassif, the advocacy director for the Middle East and North Africa at Amnesty International, told Fox News. "There are a lot of weapons floating in Yemen, and this isn’t a new issue. We have seen this happen for years in parts of the world."

The Washington Post reports that Saudi Arabia is paying the children of murdered columnist Jamal Khashoggi to stay quiet about his killing by Saudi operatives.

The United States has been the largest arms supplier to Saudi Arabia and the UAE, and between 2013 and 2017 alone Saudi Arabia purchased $112 billion in weapons. While there have been distinct Pentagon rules that arms transfers could not be moved to a third party without authorization, critics have argued that monitoring or enforcing such regulations was comprehensive enough.

"When these weapons leave U.S. hands, we ultimately have little ability to control where they go," said Defense Priorities fellow Gil Barndollar.

Still, much of the conversation in Washington concerned the legality of Trump's move and the strength of the precedent for using the emergency exemption for arms sales to Saudi Arabia. Then-President Ronald Reagan invoked it in the 1980s, and both Presidents George H.W. Bush and George W. Bush used it for sales before the 1991 Gulf War and the 2003 Iraq war, respectively.

But, in a statement on Monday, Maryland Sen. Ben Cardin, a Democrat and senior member of the Senate Foreign Relations Committee, said Republicans had "abdicated their constitutionally mandated responsibilities as lawmakers" and their "legal and moral obligation to make certain that U.S. weapons are not used to repress human rights or perpetrate violence against innocent civilians."

IRANIAN-BACKED REBELS CLAIM RESPONSIBILITY FOR DRONE ATTACKS -- ARE THEY CREDIBLE?

Tensions between Iran and the West have mounted since Trump unilaterally withdrew the U.S. from a 2015 accord restricting the Iranian nuclear program. Trump reimposed sanctions that had been lifted under the accord, devastating Iran's economy.

Saudi Arabia has long been a regional rival to Iran, and tension has mounted between the UAE and Tehran over several issues, including the UAE's coordination with U.S. efforts to curb what it's called Iran's malign activities in the region.

The Senate votes came after the House Oversight Committee released a report criticizing the Trump administration for its alleged ties to Saudi Arabia. 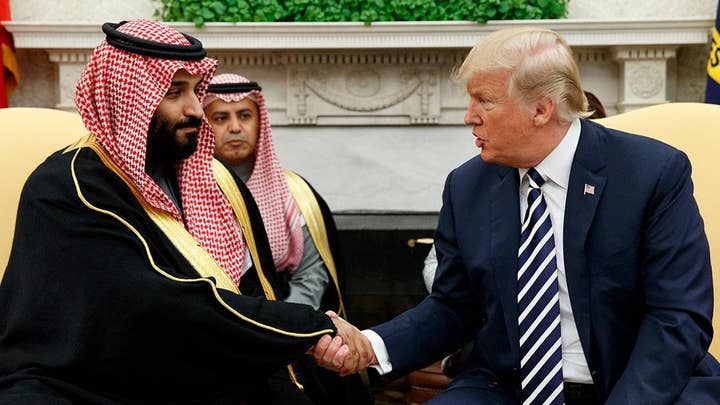 New documents obtained by the committee "raise serious questions about whether the White House is willing to place the potential profits of the president's friends above the national security of the American people and the universal objective of preventing the spread of nuclear weapons," the report said.

The report "exposes how corporate and foreign interests are using their unique access to advocate for the transfer of U.S. nuclear technology to Saudi Arabia," said the panel's chairman, Elijah Cummings, D-Md.

A spokesman for Barrack said he's been cooperating with the Oversight panel and provided documents the committee requested.

The spokesman, Owen Blicksilver, said Barrack's investments and business activities were well known and intended to "better align" Mideast and U.S. objectives. Barrack has never served in the Trump administration.

The Trump administration has approved seven applications for U.S. companies to sell nuclear-power technology and assistance to Saudi Arabia. Lawmakers from both parties have expressed concerns that Saudi Arabia could develop nuclear weapons if the U.S. technology were to be transferred without proper safeguards.

Congress increasingly has been uneasy with the close relationship between the Trump administration and Saudi Arabia. Trump has made the kingdom a centerpiece of his foreign policy in the Middle East as he's tried to isolate Iran further. In the process, Trump largely has brushed off criticism over the killing of writer-activist Jamal Khashoggi and the Saudis' role in the war in Yemen.

The nuclear approvals, known as Part 810 authorizations, allowed companies to perform preliminary work on nuclear power ahead of any deal to build a nuclear plant. They did not allow transfers of nuclear material, equipment or components.