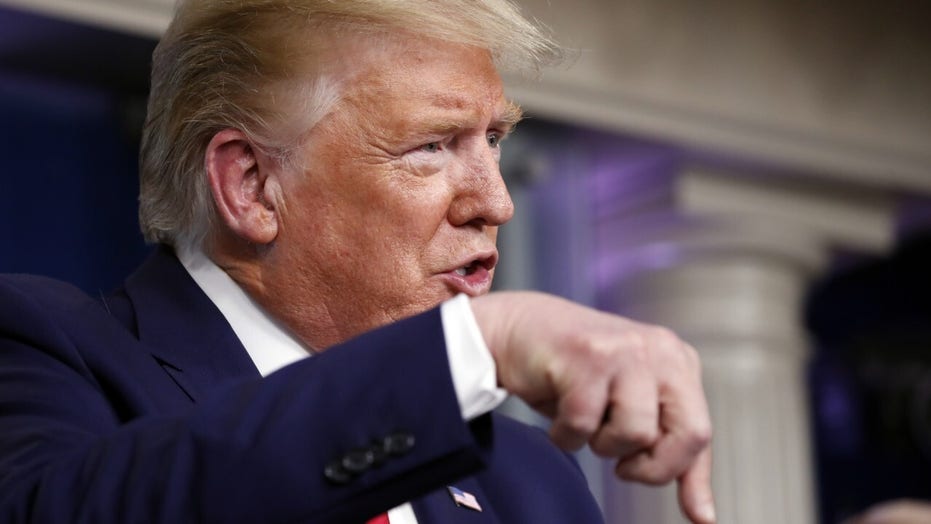 President Trump took time during Tuesday’s coronavirus news briefing at the White House to acknowledge the job being done by the medical staff at Elmhurst Hospital in Queens, N.Y.

The hospital, located not far from the neighborhood where Trump grew up, has been among those overwhelmed as New York City and New York state handle the greatest number of coronavirus patients in the nation.

“I watched the doctors and nurses walking into the hospital this morning and it is like military people going into battle, going into war. The bravery is incredible,” Trump told reporters. “If I were wearing a hat, I'd rip that hat off so fast and I would say, 'You people are just incredible.’”

The president also expressed shock and sadness about seeing images of bodies being loaded into refrigerated trailers outside the hospital.

Trump previously addressed the images in remarks to reporters Sunday.

"This is essentially in my community, in Queens -- Queens, New York,” he added. “I’ve seen things that I’ve never seen before.”

On Tuesday, New York City reported its 1,000th coronavirus death, accounting for about two-thirds of the more than 1,500 deaths in New York state. That tally far surpasses the next highest U.S. total, the 267 deaths in nearby New Jersey.

Those states and the rest of the nation were bracing for higher death tolls in the coming weeks, with members of the president’s Coronavirus Task Force projecting the final U.S. total could range between 100,000 and 240,000 fatalities.

Fox News' Andrew O'Reilly and The Associated Press contributed to this story.