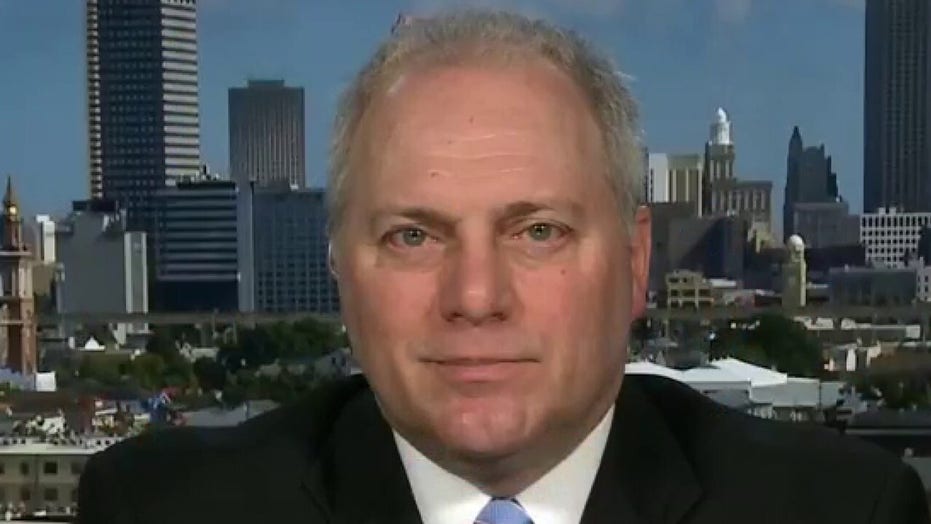 House Minority Whip Steve Scalise reacts to President Trump’s monumental week as he beats impeachment and oversaw another job growth in the economy.

The Democrats’ impeachment saga not only ended Wednesday with a double acquittal but a $100 million windfall for President Trump’s reelection campaign efforts, the Republican National Committee (RNC) revealed Saturday.

The RNC, Trump's campaign and their joint fundraising committee have raked in $117 million in online donations since House Speaker Nancy Pelosi announced the impeachment inquiry on Sept. 24, 2019, thanks to an influx of new small-dollar donors who wanted to stand by the president.

"We've seen through our record-breaking fundraising that the Democrat's bogus impeachment galvanized President Trump's supporters across the country to contribute financially to his re-election efforts,” RNC spokesman Steve Guest said.

During the impeachment probe, Trump and the RNC went on offense by spending $11.3 million in new TV ads and digital campaigns with the theme: “Stop the madness.” They gained 1 million new small-dollar donors through their efforts.

The fundraising over the last four months during impeachment proceedings was 137 percent more from the same period a year prior, the RNC said.

“With this financial support, it's allowed us to expand our field program across the country to continue to engage with voters and with the ultimate goal of re-electing President Trump and Republicans up and down the ballot,” Guest said.

Trump formally launched his reelection bid in June 2019 at a rally in Florida -- the nation’s largest swing state. He's since held a steady pace of rallies to energize his base and has raked in millions from his supporters.

He raised more than all of his competitors, bringing in $211.3 million through the end of 2019, federal election records show.

Democrat Tom Steyer brought in $209 million, but $202 million of that haul came from his own pocket. The third-highest fundraiser to date is former New York City Mayor Michael Bloomberg who has completely self-funded his campaign with a $200 million infusion of cash.

Trump and the RNC have the big fundraising advantage this cycle, amassing a giant stockpile of money and not having to burn through cash to win a heated primary race.

The Democratic National Committee (DNC) raised $92.3 million so far this cycle, but spent most it and had $10.1 million cash in the bank at the end of 2019, according to Federal Election Commission (FEC) filings.