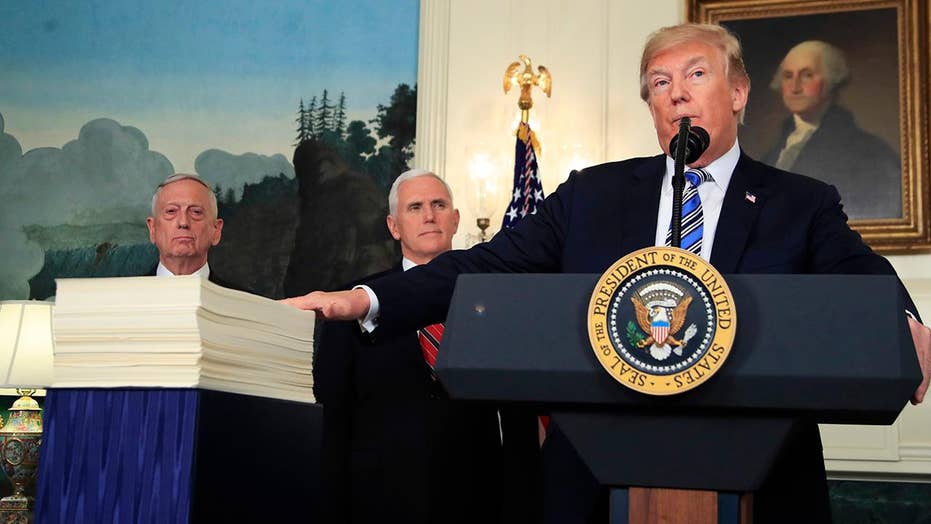 Trump the latest president to call for veto power

Hamilton was emphatic when CBS reporter Dana Jacobson asked why the Seminoles didn’t foul with only 11 seconds left while trailing Michigan by only four last week.

“You think the game came down to the final seconds of the game?” asked Hamilton rhetorically of Jacobson. “The game was over.”

College basketball experts may second-guess whether Hamilton’s strategy cost his team a trip to the Final Four. But one thing’s certain about President Trump’s veto threat: The House and Senate leadership doesn’t craft a 2,232-page $1.3 trillion spending bill, promote it, push lawmakers to vote for it, then pass it on the brink of a government shutdown without the president’s direct involvement – only to have Mr. Trump threaten to veto the bill the next morning.

It’s a little late to talk veto at that stage.

In the words of Leonard Hamilton, “the game was over.”

The House of Representatives approved the bill 256-167 last Thursday afternoon. Just before 1 am Friday, the Senate synced up, passing the same package 65-32.

And then came the veto threat?

The veto threat came then with dozens of lawmakers from both sides of Capitol Hill already jetting overseas on pre-arranged Congressional trips. Military aircraft flew a large contingent of lawmakers that morning to Rochester, NY for the funeral of the late-Rep. Louise Slaughter, D-N.Y.. Only a skeleton crew remained in Washington just hours before a potential government shutdown had the President not signed the bill.

The game was over.

For days, House Speaker Paul Ryan, R-Wis., pitched the plan as a way to bolster defense spending. The measure inflated military spending from $568 billion to a startling $719 billion.

“That’s what this appropriations bill is all about. Making sure that (the Pentagon) uses this for readiness. Uses this for training” Ryan told Fox News. “The military has been hollowed-out over the last eight years and this budget agreement that we are putting together fixes that.”

Democrats never would have agreed to such a spike in defense spending had they not also secured a major boost in non-defense programs. If the president vetoed the bill, the military may never again have scored the big influx in cash. If they did, you can bet that congressional Democrats would then extract something else from Republicans - say a DACA fix - in order for the President to marshal the military funding he holds dear. 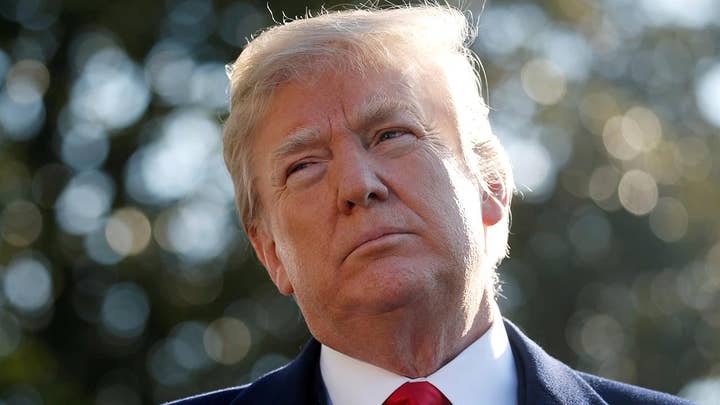 Never mind that Trump signed off on the broader budget framework in February which halted a brief overnight government shutdown and set the table for the March legislation.

“Let’s cut right to the chase. Is the President going to sign the bill?” Budget Director Mick Mulvaney asked last Thursday just moments before the House voted. “The answer is yes. Why? Because it funds his priorities.”

Mulvaney conceded the bill wasn’t “perfect.” He added that the legislation was a balancing act because the White House and Congressional Republicans had to work with Democrats. But Mulvaney argued the measure even awarded the administration more miles of border wall than the White House requested.

Yet after all of the machinations to fund the government and craft a massive spending bill to finally put to bed the government’s spending fights for a few months, Mr. Trump threatened last week to obliterate the fiscal truce.

If the president didn’t sign the bill by midnight, he could singlehandedly pitch the government into a shutdown. It’s unclear how long the shutdown could have lasted with lawmakers spread to the four winds and no stopgap bill ready to go.

“This is classic Trump. He says one thing and then he does something completely different,” complained Sen. Chris Van Hollen, D-Md. “The president claims he’s a great negotiator. ‘The Art of the Deal.’ Where was he?”

The House of Representatives was slated to meet at 10 a.m. for a brief pro forma session with no legislative business that morning. Just gavel in, shuffle some paperwork and gavel out. But Trump’s threat sent everyone scrambling and caught White House staff off-guard. That’s to say nothing of numerous members of the administration who defended the spending pact who were picking themselves up off the asphalt near 17th St. and Pennsylvania Ave., NW. Now tattooed on their backsides were the words “Washington Metropolitan Area Transit Authority.”

If the veto threat was real, could the House and Senate cobble together an interim spending bill and approve it with just a handful of members present? Would the House immediately go into recess “subject to the call of the chair?” That could be a sign the congressional brass was truly worried about the veto threat. A recess would buy time to write a temporary funding measure and determine if President Trump was showboating.

The House delayed the start of the brief session for 13 minutes until Rep. Jodey Arrington, R-Texas, finally took the dais amid the behind-the-scenes chaos. But Arrington adjourned the House without fanfare.

This meant the House and Senate were stuck. The House was gone. The Senate was gone. The government would shutter if President Trump vetoed the bill.

So why the frenzy?

The right-wing was incinerating the president over this spending plan.

No deficit reduction. The lack of complete border wall funding. Dealing with Democrats? And an astonishing 2,232-page bill, presented at the last minute which no one had read?

This was the quintessence of the “swamp” which President Trump campaigned against.

“I’m happy with the money secured for the Gateway project,” crowed Schumer.

Schumer referred to special grant money tucked away in the spending bill to start a new tunnel project under the Hudson River between New York City and New Jersey. The president threatened to veto the bill over this issue alone. Republican Congressional aides declared there was no “earmarking” of money for Gateway in the bill. But lawmakers ensconced in the legislation grant money which could only go to such a project as Gateway.

“The money is firm,” bragged Schumer about Gateway. “We feel good about being able to succeed in so many ways. We’ve produced a darn good bill for our priorities.”

You can imagine how this talk provoked the president.

The president secured an initial down payment on the wall, but not everything. Democrats touted that as a win. Trump, who promised “a big, beautiful wall” was unable to spin the wall funding to match his campaign braggadocio.

So, Friday morning, the president knew he had to mount a fight. He threatened to veto the bill and upbraided Congress. It’s popular to pistol-whip Congress. That’s a tactic which resonates with voters who can’t stand Congress, either.

“I say to Congress, I will never sign another bill like this again,” said the president. “There are a lot of things that I’m unhappy about in this bill.”

Senior congressional sources tell Fox News they half-expected theatrics from the President after the House and Senate approved the bill because they knew the process was so onerous. So despite being dialed in on the measure, they figured Trump had to distance himself from the legislation – if only for show.

The omnibus measure funds the government through September 30. But one wonders exactly how the next bill will be any different from this plan? Would the president risk a shutdown just before the midterm election? Trump secured a big win for the military with this legislation. Even defense-hawks aren’t going to go for another round of massive spending for the Pentagon. The president could secure additional money for the border wall. But that could still come at a price: a DACA arrangement. And any bill is going to require significant support from Democrats.

Trump proclaimed he’d like to see the Senate eliminate the filibuster rule for legislation so senators don’t need 60 yeas to clear procedural hurdles. Only a simple majority. There’s no appetite to do that in the Senate now. Plus, it’s doubtful such a scenario could benefit Republicans. GOPers only hold 51 Senate seats. Sen. John McCain, R-Ariz., remains out due to brain cancer. Republicans only effectively have 50 seats in the Senate at the moment. It wouldn’t take much for the Democrats to prevail here and there are key votes opposed by the Trump administration.

So in the words of philosopher-king Leonard Hamilton, “the game was over” when Mr. Trump issued his veto threat. There wasn’t much the president could do except force a government shutdown. But there’s plenty of time between now and September 30.

After all, that game is just beginning.