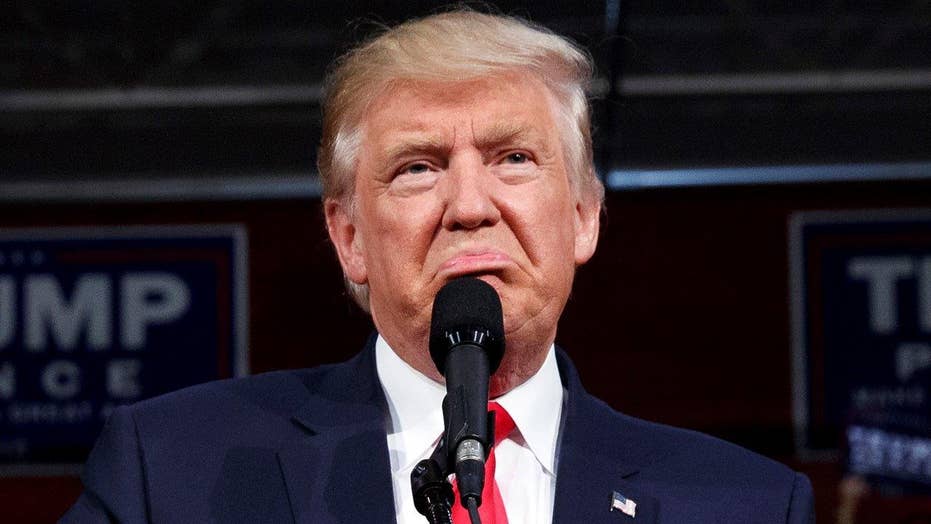 Trump back on campaign trail, warns of 'rigged' election

Donald Trump lashed out Tuesday at House Speaker Paul Ryan and others in the so-called Republican establishment for distancing themselves from his campaign over lewd comments he made about women in a decade-old tape.

With four weeks to go until Election Day, Trump fired off a blizzard of tweets Tuesday morning suggesting he doesn't need them -- responding to Ryan telling House Republicans a day earlier he would no longer campaign with or defend Trump.

“Our very weak and ineffective leader, Paul Ryan, had a bad conference call where his members went wild at his disloyalty,” Trump wrote as he kicked off the series of tweets.

The Republican nominee went on to say that "the shackles have been taken off me and I can now fight for America the way I want to," and that "Dems have always proven to be far more loyal to each other than the Republicans!”

A Ryan spokesperson said in a statement: "Paul Ryan is focusing the next month on defeating Democrats, and all Republicans running for office should probably do the same."

The tensions follow the release last week of a 2005 audiotape in which Trump can be heard bragging about having enough celebrity power to kiss and grope woman without their permission.

Trump repeatedly apologized over the weekend, including during his debate Sunday night with Democratic nominee Hillary Clinton. But aside from Ryan's comments, several GOP lawmakers defected from Trump in the wake of the footage.

Members on the call with Ryan described tense exchanges. The call lasted for about 45 minutes, before abruptly ending.

However, the Republican National Committee has pledged its continued support.

Some of the GOP’s most conservative lawmakers also continue to back Trump and chastise those who have abandoned him.

“We have to get on board. It’s all in or nothing,” Texas Rep. Louie Gohmert, who was on Ryan's call, told Fox News on Tuesday.

A House Divided: The rift between @realDonaldTrump and @SpeakerRyan boils over w/ Trump now vowing to "fight for America the way I want to" pic.twitter.com/5FZqkkUzs2

He said 11 House members are with Ryan, whom Gohmert also lambasted for saying his focus is now on ensuring that Clinton doesn’t enter the White House with Democrats having taken control of the House, too.

“It’s not going to happen,” said Gohmert, arguing the Republicans now control the House and Senate but have not effectively stopped the Obama administration’s agenda.