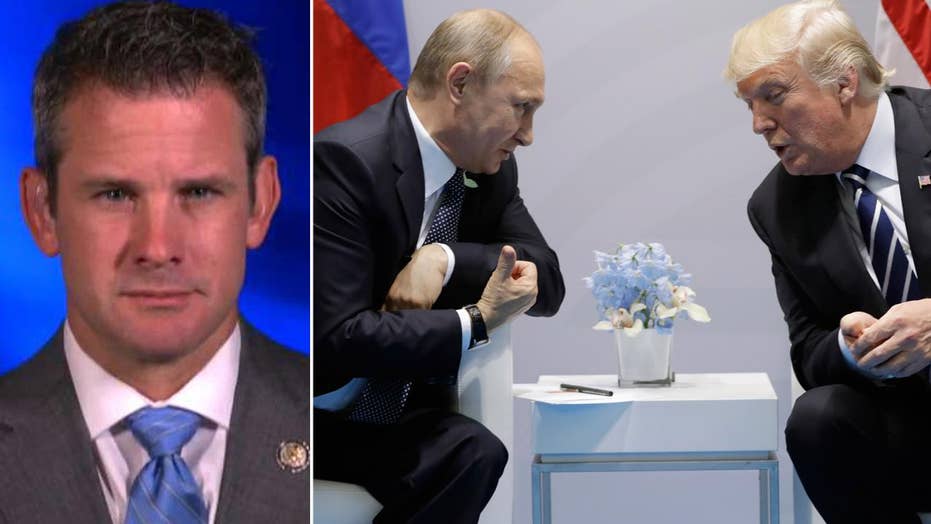 President Trump on Sunday slammed former President Barack Obama and his fellow Democrats, questioning why they didn’t appear to respond appropriately to signs that Russia interfered in the 2016 presidential election.

In a series of tweets following the weekend G-20 summit, Trump also appeared to suggest that reports about members of the U.S. intelligence community unanimously concluding that Russia meddled in the race are not accurate.

“Fake News said 17 intel agencies when actually 4 (had to apologize). Why did Obama do NOTHING when he had info before election?” he tweeted.

Trump, a Republican, also suggested the world leaders at the summit in Hamburg, Germany, were equally interested in why Democrats connected to the 2016 race and Obama, who was president at the time, didn’t appear to respond to signs of election hacking.

“Questions were asked about why the CIA & FBI had to ask the DNC 13 times for their SERVER, and were rejected, still don't … have it,” Trump tweeted.

At the start of the weekend summit that concluded Sunday, Trump tweeted that the leaders were interested in why John Podesta, the campaign manager for Democratic candidate Hillary Clinton, didn’t help U.S. officials when his emails were hacked.

The tweet sparked a Twitter battle between Trump and Podesta in which Podesta essentially dismissed the claim and called Trump a “whack job.”

Trump also fought back against suggestions that he did not press Vladimir Putin hard enough while questioning him at the G-20 summit about whether the Russian president meddled in the 2016 White House race, saying "it is time to move forward in working constructively with Russia."

“I strongly pressed President Putin twice about Russian meddling in our election. He vehemently denied it. I've already given my opinion .....,” Trump said in a series of tweets, after meeting Putin in person Friday for the first time.

“Putin & I discussed forming an impenetrable Cyber Security Unit so that election hacking, & many other negative things, will be guarded … and safe,” he also tweeted.