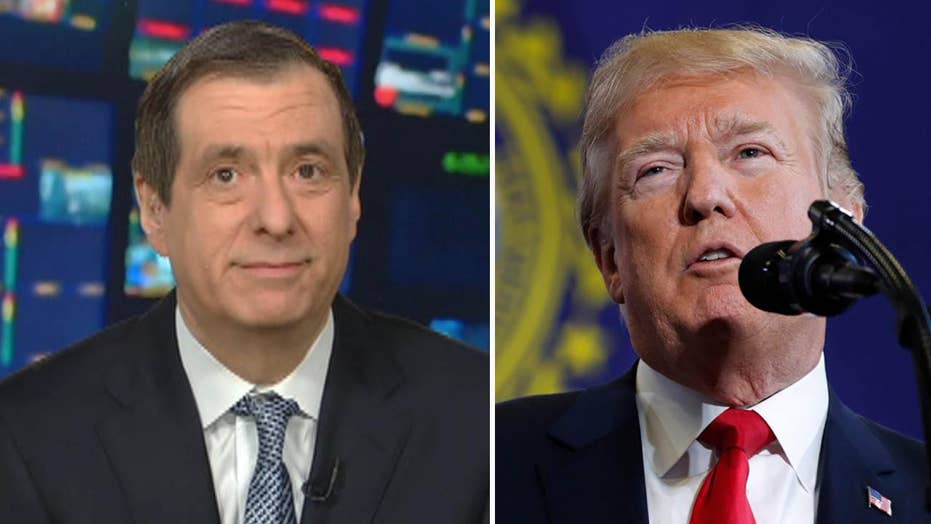 'MediaBuzz' host Howard Kurtz explains how President Trump is finally taking control of his presidency after a series of firings.

The firing of Andrew McCabe has opened the floodgates, both for President Trump and his media and political critics.

The president is now denouncing Robert Mueller, and pundits and Democrats—with a sprinkling of Republicans—are criticizing Trump for what they view as open warfare against the FBI and the special counsel’s investigation.

And this has spawned a broader media debate about whether Trump is now preparing to take unilateral action on a number of fronts despite the advice of top aides—and whether that could include firing Mueller.

I repeatedly encountered this line of argument while reporting my book "Media Madness." Trump's closest confidants became convinced that whenever they constrained him too tightly, forced him to be overly disciplined, his frustration would boil over and he would take some risky step without telling them–such as accusing Barack Obama of wiretapping him or escalating his attacks on the press.

They coined a term for this behavior: Defiance disorder.

The president now seems in full defiance mode as he gets rid of aides he no longer trusts and increasingly relies on his own instincts.

He has, after all, dumped Rex Tillerson, announced a meeting with Kim Jong-un, imposed the tariffs that prompted Gary Cohn's resignation, celebrated McCabe's firing and started attacking Mueller by name.

The McCabe situation has been a Rorschach test for the press. The tone of the coverage—boosted by Trump spiking the football—is that his dismissal by Jeff Sessions hours before his retirement was a petty and politically motivated act.

What has gotten less attention, except from conservatives, is that career prosecutors at Justice's Office of Professional Responsibility said McCabe should go both for leaking to the Wall Street Journal (debatable) and not being candid about it with investigators (a cardinal offense).

White House lawyer Ty Cobb insists Trump has no plans to fire Mueller. But Trump's latest tweets about the "witch hunt" are fueling speculation: "The Mueller probe should never have been started in that there was no collusion and there was no crime. It was based on fraudulent activities and a Fake Dossier paid for by Crooked Hillary and the DNC."

For a year now, Trump's lawyers have been cautioning him to cooperate with the Russia probe and avoid attacking Mueller. But he is now breaking out of that box, and it's probably no coincidence that another of his lawyers, John Dowd, told the Daily Beast over the weekend that the Mueller investigation should be shut down.

Maggie Haberman, the New York Times reporter who covered him in Manhattan for years—and has alternately drawn praise and criticism from Trump—writes that Trump's new assault on Mueller reflects "a president who ultimately trusts only his own instincts, and now believes he has settled into the job enough to rely on them rather than the people who advise him.

"A dozen people close to Mr. Trump or the White House, including current and former aides and longtime friends, described him as newly emboldened to say what he really feels and to ignore the cautions of those around him."

Given that Trump always trusts his instincts because he won a campaign that almost everyone thought he would lose, that does sound like what's happening now.

The Times added that "in his first year in the White House, according to his friends, he found himself feeling tentative and anxious, intimidated by the role of president, a fact that he never openly admitted but that they could sense, people close to the president said.

"Some of Mr. Trump's allies have said that Mr. Trump was trapped in a West Wing cage built by Mr. Kelly, and has finally broken loose."

That was the word—"cage"—that some of his confidants used in the Reince Priebus days, generally when the president had bent the bars and escaped.

The let-Trump-be-Trump camp knows that the president cements his ties to the base when he's roaming free and savaging his detractors. The question now is whether this keeps him in a different kind of cage, unable to break out with voters who remain skeptical of his unorthodox approach to the office.