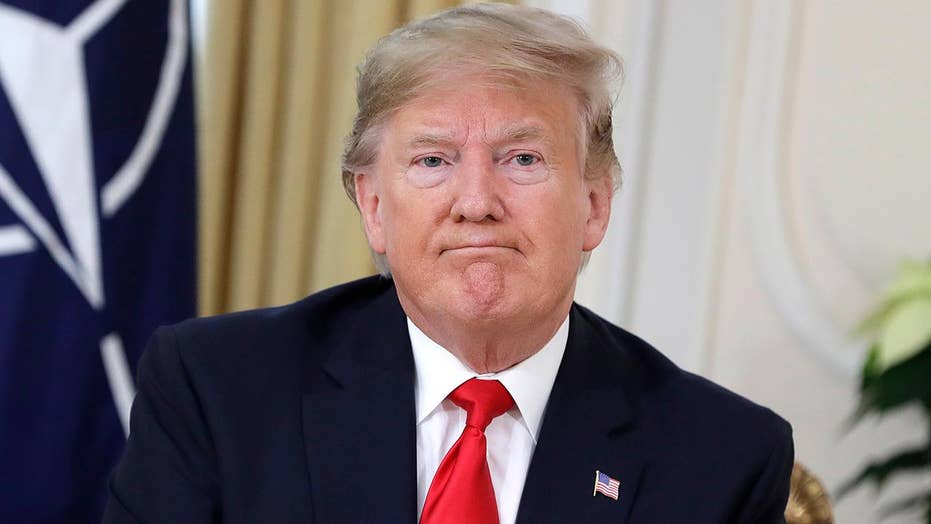 President Trump reiterated his oft-repeated gripe that the United States is spending more money on defense than other NATO countries Tuesday at the World Economic Forum in Davos, Switzerland.

In response to a question on whether he would impose auto tariffs on European cars, Trump said he did not expect to because he believed the U.S. and Europe could come together on a trade deal -- though he left the door open to imposing such tariffs if talks fall apart. He then turned to NATO spending, reprising a complaint that other countries aren't contributing as much to the alliance as the U.S.

"NATO also if you look at what happens what with NATO, we're spending a vast predominance of the money," Trump said. "This has gone on for years."

Trump continued: "We're protecting Europe and that's fine but they can't do it to us on trade. So, they know they have to do something and if they're fair we're not going to have a problem."

While not all members of the European Union are NATO allies and not all NATO members are part of the E.U., there is a heavy concentration of members of the western military alliance in Europe.

Stoltenberg told lawmakers that European allies and Canada had spent an additional $41 billion in the previous two years and that by the end of 2020, that figure will rise to $100 billion.

NATO does not have a defense budget, but members commit to spending a minimum of 2 percent of their Gross Domestic Products on defense. Trump, however, has repeatedly called out members that do not meet that commitment, even as this campaign has caused friction with longtime U.S. allies. The United States spends 3.5 percent of its GDP on defense, and Trump has long called for fellow NATO members to put up their share.

Trump's expedition to Switzerland to mingle with the world business community comes as, back home, the U.S. Senate is getting ready to start the meat of its impeachment trial into Trump. The president is accused of abuse of power and obstructing Congress by the House of Representatives. The Senate is expected to reach a verdict on those charges in approximately two weeks.