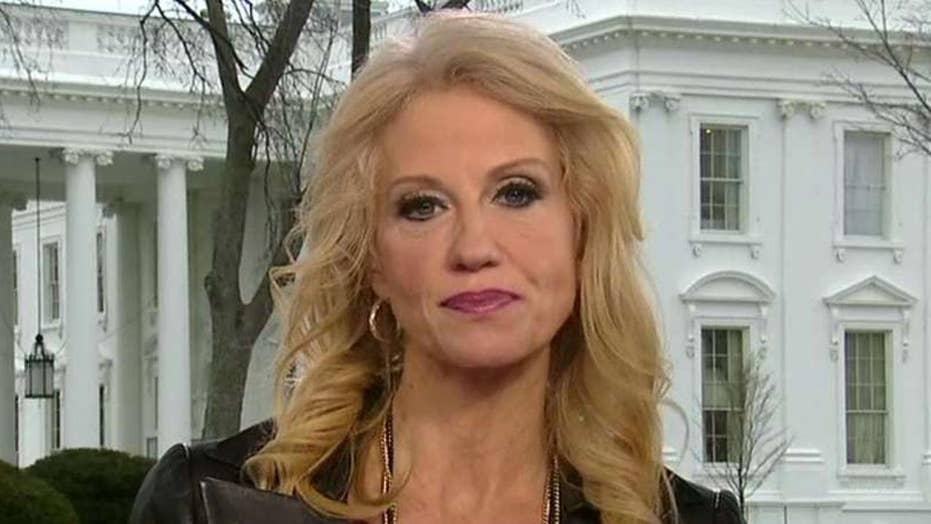 Although President Trump said he is convinced that his travel ban will eventually win in court, he said Friday that he is considering crafting a “brand new order."

He said any action would not come until next week, but he stressed that “we need speed for reasons of security.”

The comments, which were made on Air Force One, suggest that he is going to take bifurcated strategy, according to The Wall Street Journal. In that case, his administration could continue a legal fight for his first order all while crafting another.

“I have no doubt that we’ll win that particular case,” Trump said at the White House, during a press conference alongside visiting Japanese Prime Minister Shinzo Abe.

The Justice Department is weighing its options, which also include appealing to a broader panel of judges or the Supreme Court.

The decision Thursday was made by a panel of three judges with the 9th Circuit Court of Appeals based in San Francisco.

In their unanimous decision , the judges refused to reinstate Trump's immigration order and rejected the government’s position that such presidential decisions on immigration policy are “unreviewable.”

“There is no precedent to support this claimed unreviewability, which runs contrary to the fundamental structure of our constitutional democracy,” the judges wrote. “…Although our jurisprudence has long counseled deference to the political branches on matters of immigration and national security, neither the Supreme Court nor our court has ever held that courts lack the authority to review executive action in those arenas for compliance with the Constitution.”

The initial order, which was signed Jan. 27, suspended entry for visitors from seven predominantly Muslim countries for at least 90 days and froze the entire U.S. refugee program, The Journal reported.

Josh Blackman, a professor at South Texas College of Law in Houston, said the "million-dollar question" is whether the Trump administration would appeal to the Supreme Court.

That could run the risk of having only eight justices to hear the case, which could produce a tie and leave the lower-court ruling in place.

"There's a distinct risk in moving this too quickly," Blackman said. "But we're not in a normal time, and Donald Trump is very rash. He may trump, pardon the figure of speech, the normal rule."