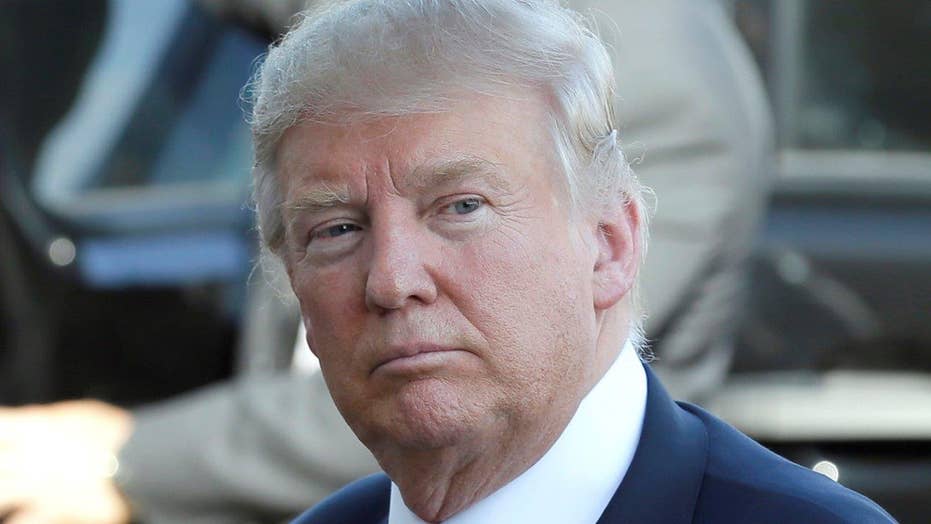 TRUMP PUTS GOP ON NOTICE: IT’S HIS PARTY NOW
For the Republicans who were hoping that they could opt for peaceful coexistence and respectful disagreement with their party’s nominee, Donald Trump has some news for you.

“I think I have a mandate from the people,” Trump told the NYT when asked if he would be modifying his substance or style for the general election.

Trump’s not wrong. He won about the same 40 percent share of the popular vote through the course of the competitive primaries, more than either of his two immediate predecessors. And in the state count, he will end up doing better than either Mitt Romney, who lost 13 states, or John McCain, who lost 17. Trump should end up with only 11 losses.

We know why, in part. Trump faced a hopelessly divided party and what we dubbed “the tyranny of multiplicity.” But as they say in golf, they don’t ask “how?” They ask “how many?”

“You win the pennant and now you’re in the World Series – you gonna change?” Trump said. “People like the way I’m doing.”

So there’s not going to be what House Speaker Paul Ryan has been pressing for: a broad agreement about the principles of policy and politics around which Republicans might coalesce.

Ryan is like Eric Cantor in 2009 when he, also the leader of a defeated Republican Party, inquired of President Obama why there were no accommodations for Republicans in the newly-inaugurated president’s economic plan. “I won,” was reportedly Obama’s retort.

Trump won and those GOP soothsayers that promised they would be able to manage, modify or control Trump as the nominee are being proven quite wrong. Trump is not going to be told what to do or how to behave by a bunch of political re-treads from 20 or 30 years ago. Rather the opposite. Trump won as himself. Why change?

What about buckling down, spending big bucks and building the kind of organization that won Obama two terms?

“I’ve always felt it was overrated,” Trump told the AP of Obama’s much-vaunted data and turnout operation. “Obama got the votes much more so than his data processing machine. And I think the same is true with me.”

Trump’s not wholly wrong here either. The astonishing failures of the Romney campaign’s data operation and an endless media palaver about Obama’s data gurus overstated the importance.

But the worry for Republicans is that it is down-ballot candidates who would most suffer under Trump’s forging of a new coalition among populists from the left, right and center.

WITH YOUR SECOND CUP OF COFFEE…
NatGeo: “It is perhaps fitting that invasive hippos, with their ‘hungry, hungry’ reputations, would be the lasting legacy of one of the world’s most notorious drug lords. Colombia’s Pablo Escobar built an empire on cocaine that made him one of the richest, and most feared, people in the world. Escobar was shot dead in 1993, and now Hacienda Napoles is run by the very government he essentially tried to overthrow, as a park and tourist attraction. Most of the exotic animals that had been housed there were transferred to other facilities around the world, but not the hippos. …. Natives of Africa, three females and one male hippo were left to their own devices in the ranch’s pond. With mild weather and no competition, the hippos thrived. Over time, some of the animals began to venture away from the pond, into nearby rivers and the surrounding areas.”

London’s mayor says no thanks to Trump - BBC: “Sadiq Khan has rejected US presidential hopeful Donald Trump’s offer to make the new London mayor an ‘exception’ to a ban on Muslims travelling to the US. ‘This isn’t just about me. It’s about my friends, my family and everyone who comes from a background similar to mine, anywhere in the world,’ he said. Mr. Khan also warned that Mr. Trump’s ‘ignorant’ views of Islam ‘could make both our countries less safe.’”

Bernie, Trump win W.Va. but no real change as a result - Fox News

WITHIN EARSHOT
“I think I would have been the best president.” – Vice President Joe Biden to ABC News on his decision to not seek the presidency a third time, clearing the way for presumptive nominee Hillary Clinton.

MARSHALL MAKES HIS MOVE
CBC: “A ‘tough little’ beer-loving pig abandoned during the Fort McMurray evacuations [from a wildfire in Canada] has been found safe thanks to the help of Twitter and Facebook. Marshall, a black 4½-year-old pig, was left behind when his family fled the advancing wildfire last Tuesday. Michelle Coutu told CBC News that there was no advance notice of the evacuation and the sight of the flames sent her family scrambling…[Coutu said] ‘Unfortunately, this time he missed the evacuation bus.’ She doesn’t know where Marshall went after they left, but thinks he might have gone into the neighbour’s garden or on a search for beer cans. ‘If you open a beer, he loves his beer. You cannot put your beer down because you won’t have a beer afterwards.’ …She will be getting in touch to see when she can be reunited.”