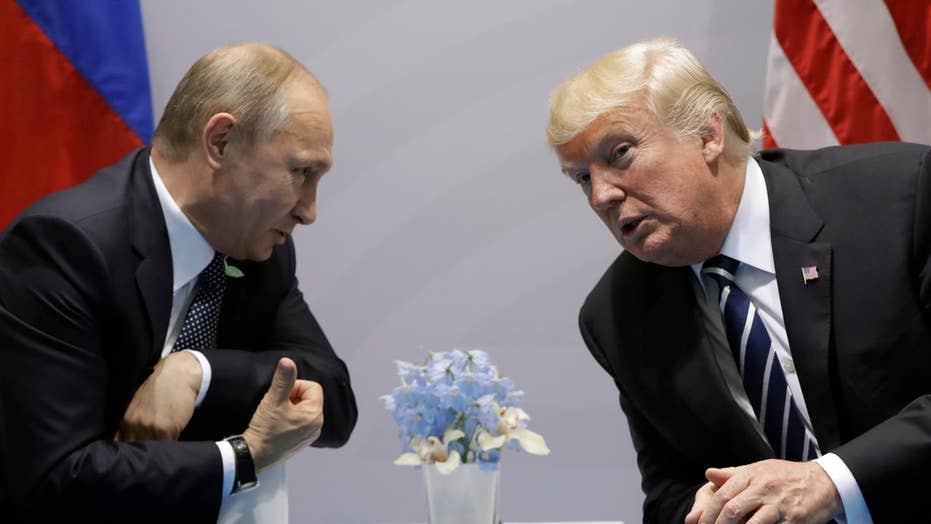 Do journalists know what really happened?

The media buildup cast the Trump-Putin meeting as a momentous occasion on par with the old Reagan-Gorbachev Cold War summits.

That turned out to be sheer hype. While the meeting in Germany stretched for two hours, it wasn’t a big, orchestrated, multi-day affair where agreements are hammered out in advance.

And for the press, that drained much of the drama, once the pundits got done with the silly ritual of analyzing the handshake and the body language.

The headlines generally reflected the only issue the press really cared about: “Trump Asks Putin About Meddling in U.S. Election,” as the New York Times put it.

There had been so much pregame punditry that Trump would duck the issue, or gloss over it to avoid offending his Kremlin pal, that the matter-of-fact headlines were actually a win for the White House. Trump raised the issue right off the bat, though his critics expressed amazement that he would agree to team up with the Kremlin on cybersecurity after what happened in 2016.

There was dueling spin over how that went down. Rex Tillerson said Trump had “pressed” Putin on the issue “on more than one occasion.” Sergei Lavrov said Trump had “accepted” Putin’s denials that Russia was involved.

Since it all unfolded behind closed doors, we don’t really know for sure--except that the two men apparently agreed to move on.

We do know that there was discussion about Syria, which yielded a partial cease-fire agreement.

The truth is that the slog of diplomacy often lacks the drama of political movies. The two presidents were undoubtedly feeling each other out, testing each other’s mettle, seeing whether they can do business.

The press set the expectations bar pretty low for the 45th president, viewing Putin as a ruthless, KGB-trained manipulator and Trump as the impulsive, inexperienced rookie more interested in tweeting trash about John Podesta than drilling down on global issues.

But after a speech in Poland that was widely praised except for a few liberal pundits, Trump came out of the one-on-one unscathed. News analysts shifted their focus to Trump pushing an "isolationalist" approach at the G-20. He is challenging our European allies on trade, NATO and climate change, just as he said he would during the campaign. For the Beltway press, isolationism is kind of a dirty word.

The media depiction of his foreign policy is such that even if Trump walked away with a draw, that’s an accomplishment for the White House.