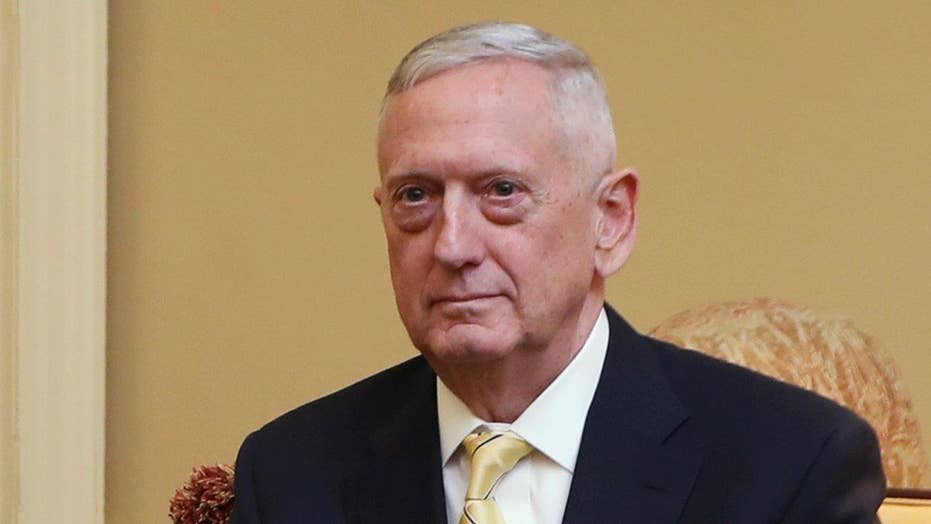 The Pentagon could be poised for a rapid about-face under the Trump administration, with the Obama administration’s push for social reform surrendering to what could be an old-school emphasis on combat readiness and the spirit of the United States military, experts told FoxNews.com.

Under President Obama, the military sought to integrate transgender persons into the ranks, allow women into special operations forces and purge the nomenclature of gender-specific words, adopting what some critics say was a “politically correct” liberal agenda. That’s a contrast to the traditional U.S. military approach.

In addition, some Navy ships have been named for civil rights activists.  And while the Obama administration has taken an inclusive approach on some issues, it has also worked to minimize expressions of Christianity in the ranks. For example, several officers have been disciplined for displaying Bibles or gospel verses in their quarters.

Veterans and military experts told FoxNews.com that, while some of Obama’s civil rights advancements may be locked in, neither Trump nor his choice for secretary of defense, Gen. James “Mad Dog” Mattis, are likely to make social experimentation a priority.

“Here in [the Pentagon], we don’t say merry Christmas, and I think we have been misguided when it comes to our history and who we are as a nation, and political correctness is indicative of that,” Department of Defense contractor and retired Army Col. Robert Maginnis told FoxNews.com.

“It has struck this building in a big way and we need to get away from that. Our focus is defending this country, and we should not spend so much time on social engineering.”

Mattis, who on Thursday goes before the Senate Armed Services Committee as part of his confirmation process, will likely “bring the warrior ethos back to the Pentagon,” Maginnis said.

That mentality was “drained by the Obama administration,” he said. “You need to be known as a good soldier or Marine and not by your sexuality, your gender or your particular faith. We need everyone to pull in the same direction and not espouse a particular personal agenda that doesn’t fit into the nation’s best long-term interest.”

“Social engineering was a distractor from what the main mission of the United States military was about,” Keane said. “We were involved in conflict and war, and these reforms achieved a level of prominence that subordinated the issue of war itself.”

A spokesperson for the outgoing Obama Department of Defense said Pentagon Secretary Ash Carter has “made it clear” that he will let the incoming administration make their own policy decisions, despite disagreements.

“The principle, put simply by Secretary Carter, is that if a service member wants to serve and is qualified to serve, and meets requirements to serve in that position, they should do so, and that is the principle that underlines all of this,” the spokesperson told FoxNews.com. “But it is entirely up to the next Administration and we are focused on ensuring they have all of the support that we can provide to ensure they enjoy a smooth, seamless transition.”

Under a Mattis-led Department of Defense, Maginnis expects the issue of women in combat to be re-visited. One year ago Secretary of Defense Ash Carter opened direct land combat jobs in the infantry and special operations to women.

Last year, Mattis said women should not be in combat because, if they were, the nation’s enemies wouldn’t fear “America’s awesome determination to defend herself.” He said physical standards for combat jobs would become more lax, and women would not have privacy for their “bodily functions.”

In a book on civilian-military relations, co-edited with Kori Schake, Mattis warned of the danger of civilian leaders with a “progressive agenda.” His book also warns that “an uninformed public is permitting political leaders to impose an accretion of social conventions that are diminishing the combat power of our military.”

That’s an opinion Maginnis agrees with.

“Political appointees have a lot of political persuasion,” Maginnis said. “They are essentially political animals kowtowing to their political masters who have an agenda.”

“I think the seriousness Mattis will bring to this building will be translated through every policy we begin to execute,” Maginnis said. “I think he will put a stamp on the organization that will be positive – no more political correctness, just a focus on being warriors.”

In addition to facing the normal confirmation process, Mattis needs a waiver from the legal requirement to have been out of uniform for seven years before accepting a political appointment.

President-elect Trump also appointed Florida Panthers owner and billionaire Vincent Viola as secretary of the Army. Viola, a graduate of the United States Military Academy at West Point, N.Y., achieved the rank of major in the U.S. Army Reserves, but has spent much of his career as one of the nation’s foremost leaders in electronic trading. That career background contrasts to that of current Army Secretary Eric Fanning, most of whose work has been in the public sector and is the first openly gay head of any branch of the U.S. military.