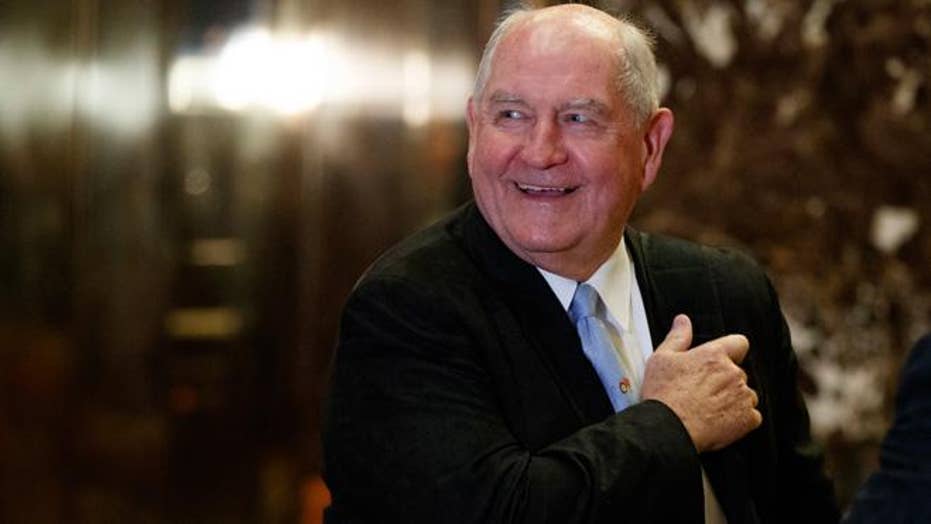 President Trump on Friday morning revived his criticism of Senate Democrats for allegedly slow-walking his Cabinet picks, pressing them to allow his last remaining nominees through.

“It is so pathetic that the Dems have still not approved my full Cabinet,” Trump tweeted.

The Senate, after a significant delay, recently has picked up the pace, moving to confirm Ryan Zinke for interior secretary on Wednesday – and Ben Carson for housing secretary and Rick Perry for energy secretary on Thursday.

Two more Cabinet secretary nominees, though, remain under consideration in the Senate, as Trump nears the halfway mark of his first 100 days.

Part of the blame may lie with the administration, which still hasn’t formally sent the paperwork to the Senate for the nomination of former Georgia Gov. Sonny Perdue to lead the Agriculture Department.

The delay is frustrating farm-state senators, who represent many of the core voters responsible for helping elect Trump.

The Senate Agriculture, Nutrition and Forestry Committee needs the paperwork before the chairman, Sen. Pat Roberts, can schedule a confirmation hearing.

"I don't know yet," Roberts, R-Kan., said Wednesday when asked about Perdue's information. "I wish to hell I did. We need a champion for agriculture, we need him on board."

Roberts also complained about the delay at a committee hearing in Kansas last week. He predicted that Perdue would be confirmed quickly once the Senate can get started on the nomination.

The White House said the paperwork, including ethics forms and an FBI background check, is coming soon. The only other nomination that hasn't been sent to Capitol Hill is that of Alexander Acosta, who was nominated to be labor secretary on Feb. 16 after the withdrawal of the original nominee, Andrew Puzder.

Senators say they haven't been given an explanation for the delay involving Perdue.

"They don't seem to have a reason as to why his name hasn't come up," Sen. Chuck Grassley, R-Iowa, told reporters after asking around about the Perdue nomination.