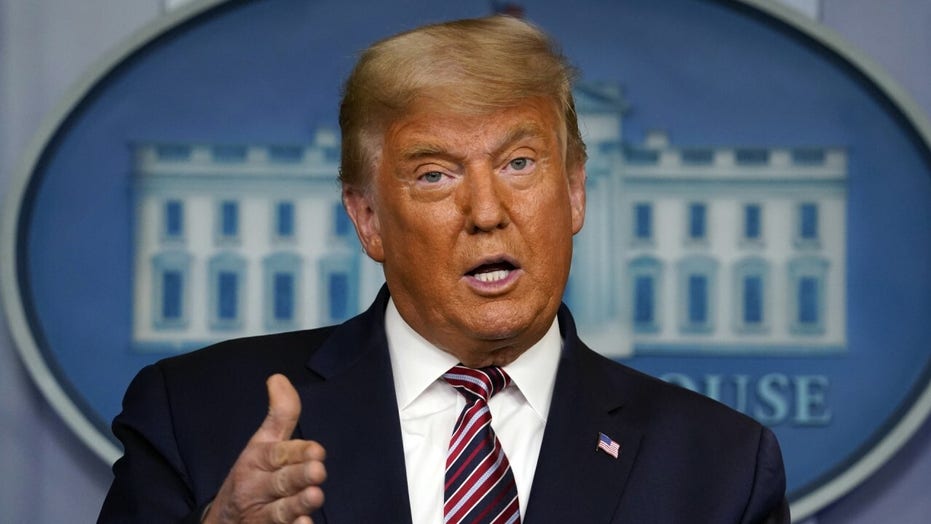 Trump: 'Amazing' how mail-in ballot totals are 'so one-sided'

The president addresses the nation from the White House on outstanding election results.

“And we're also, I believe, the party of inclusion,” he added.

After Tuesday’s election, Trump declared this year the “year of the Republican woman,” after the House GOP added at least 10 women to its ranks. Formerly, only 13 GOP women held seats in the House, but now that number is expected to climb to 23.

“For the first time ever, we lost zero races in the House,” Trump said. No Republican incumbents were unseated in the House, and GOP challengers flipped seven seats.

Trump added that he won “the largest share of non White voters of any Republican in 60 years.”

Even as he lost support among White voters, Trump’s support among Hispanic and Latino voters grew. As votes still continue to roll in, Trump earned 8 percent support from the Black community, up from 6 percent in 2016.

At the same, support for the Democratic candidate is up among White voters. Biden has 43 percent vs. Hillary Clinton’s 39 percent in 2016.

The analysis is based on surveys of the American electorate conducted by NORC at the University of Chicago with voting results from the Associated Press. Those numbers could still change by a few percentage points in either direction, based on the final vote numbers.

Trump’s campaign had made significant efforts to tap into the Hispanic and Black votes. Trump had touted low pre-pandemic unemployment among both groups and had pointed to certain policies -- such as criminal justice reform and his "Platinum plan" to increase employment among Black Americans and support Historically Black Colleges and Universities -- that he believes would help him with Black voters in particular.

Meanwhile, the campaign launched targeted ads in Spanish in an attempt to gin up support among Hispanic voters.

Trump also railed against polls, which he dubbed a form of "voter suppression," and decried states' vote-counting processes. "If you only count the legal votes, I've won the election," he claimed, despite the fact that he appears to be losing ground in multiple states that are tallying ballots.