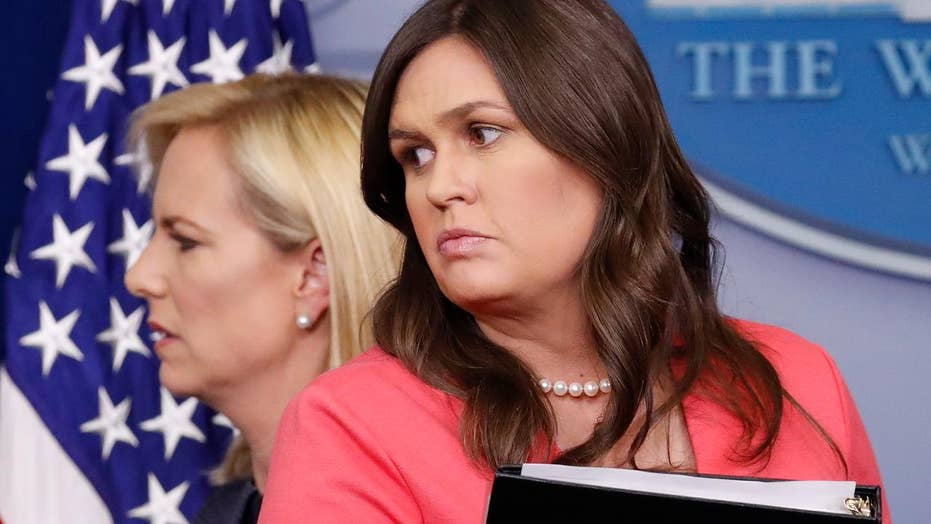 Over the past few weeks there have been more and more stories of Trump administration members being publicly harangued in public. Here’s a look at some of the cases making headlines.

The backlash against Trump administration immigration policies has in a matter of days escalated from routine protests to a strategy that includes confronting Cabinet members and other Trump-tied officials in virtually any public venue.

Democratic Rep. Maxine Waters of California over the weekend sought to bring the 'resistance' to a new level when she urged supporters to swarm Cabinet members at gas stations and anywhere else they're seen.

"If you see anybody from that Cabinet in a restaurant, in a department store, at a gasoline station, you get out and you create a crowd and you push back on them and you tell them they’re not welcome anymore, anywhere," Waters said.

She later told MSNBC that protesters are "going to absolutely harass them."

The warning comes after White House Press Secretary Sarah Sanders was asked to leave a Virginia restaurant, all following a tumultuous week where the administration was forced to walk back a policy separating immigrant families caught illegally crossing the border. 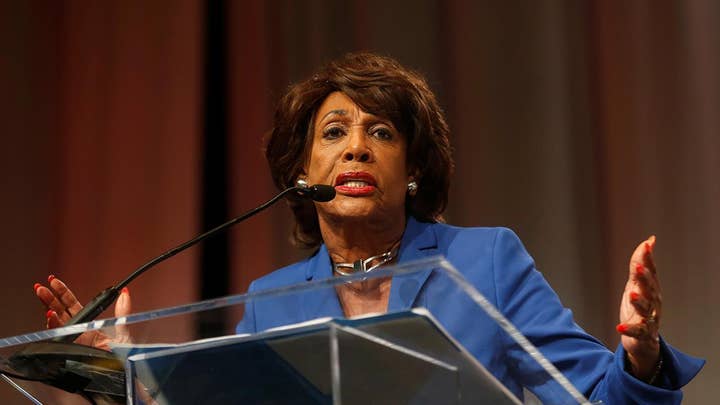 But the sustained backlash and threats of more confrontation have raised security concerns as well as questions over whether a line is being crossed separating legitimate political protest from outright harassment.

Waters’ comments drew a strong rebuke from Republicans amid fears that the protests might escalate.

President Trump tweeted Monday that Waters was advocating "harm" to his own supporters: "Congresswoman Maxine Waters, an extraordinarily low IQ person, has become, together with Nancy Pelosi, the Face of the Democrat Party. She has just called for harm to supporters, of which there are many, of the Make America Great Again movement. Be careful what you wish for Max!"

A spokesman for House Majority Whip Steve Scalise, who was injured in the shooting at a congressional baseball practice just over a year ago, warned about the dangers of overheated rhetoric and protests.

“Whip Scalise knows firsthand the dangerous consequences that can result from making political differences personal and vitriolic,” spokeswoman Lauren Fine said in a statement.  “We are lucky to live in a country where we have the right to freely debate our differences civilly. Harassment is never an acceptable method of disagreement.”

For now, a popular tactic seems to be to confront senior officials at restaurants. 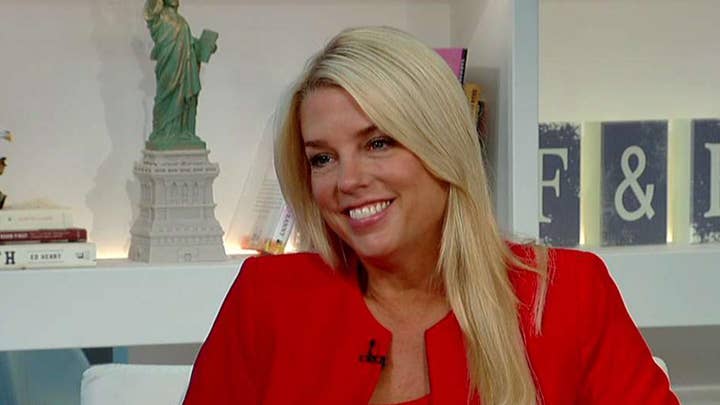 Earlier last week, Homeland Security Secretary Kirstjen Nielsen had to cut short a working dinner at a Mexican restaurant in Washington after protesters shouted, "Shame!" until she left. And on Friday – the same day Sanders’ was asked to leave the Red Hen restaurant in Lexington, Va. – protesters gathered outside Nielsen’s Virginia townhouse, chanting “no justice, no sleep” and playing recordings of immigrant children crying.

Stephen Miller, the controversial White House adviser, was also accosted last week when he tried to dine at an upscale Mexican eatery in Washington.

“Hey look guys, whoever thought we’d be in a restaurant with a real-life fascist begging [for] money for new cages?” one customer allegedly yelled upon seeing Miller, before the Trump staffer scurried away, according to the New York Post.

On Saturday, Florida Attorney General – and ardent Trump supporter – Pam Bondi was confronted by a group of protesters outside the screening of a documentary about Mister Rogers in Tampa. A video of the confrontation shows the Florida AG leaving the theater as several people yell at her, with one woman seen shouting at her about Bondi’s recent actions on health care policy and her stance on immigration.

But Bondi told “Fox & Friends” on Monday that the harassment began as she waited in line for tickets and continued inside the theater.

“If [Waters] wants people to protest that’s one thing, but they are trying to start a fight,” Bondi said. “I’m not going to change my life, that’s what they want.”

Even celebrities are getting into the trolling of the Trump administration, with “Last Week Tonight” host John Oliver requesting that his audience send obscene images to Attorney General Jeff Sessions and posting Sessions' email account on air.

Actor Peter Fonda also was condemned for his Twitter call to "rip Barron Trump from his mother's arms and put him in a cage with pedophiles."

The recent incidents prompted the DHS over the weekend to issue a memo about “a heightened threat" against their employees due to the furor over Trump’s “zero-tolerance” immigration policy.

"This assessment is based on specific and credible threats that have been levied against certain DHS employees and a sharp increase in the overall number of general threats against DHS employees -- although the veracity of each threat varies," the memo from acting deputy secretary of homeland security Claire M. Grady stated, according to CBS News. "In addition, over the last few days, thousands of employees have had their personally identifiable information publically [sic] released on social media."

The memo reportedly recommends that employees take numerous safety precautions, including not displaying work badges in public, being careful with public conversations and using caution on all social networks.

The White House did not respond to Fox News' request for comment about if any additional security measures are being taken with staff.

Many conservative columnists – and even some prominent liberals – have come to the defense of Sanders, Nielsen and other Trump administration staffers for the harassment they face.

“The treatment of Sanders at the Red Hen restaurant is the very incarnation of the double standard many conservative Americans feel they've lived under for years,” Michael Graham, a columnist for the Boston Herald, wrote.

Regarding the protesters, Graham wrote that “instead of being viewed as ‘terrorists’ and ‘extremists,’ as Tea Partiers were during the Obama era, the perpetrators are celebrated for standing up to ‘evil.’”

As Graham suggested, Democrats and moderate Republicans faced similar security concerns during tense town hall meetings during the start of the Tea Party movement early in the Obama administration.

David Axelrod, former President Obama’s senior political adviser, took to Twitter over the weekend to lambast the present-day protesters and say they were doing more to help the Trump administration than hurt it.

"Kind of amazed and appalled by the number of folks on Left who applauded the expulsion of @PressSec and her family from a restaurant,” Axelrod tweeted.  “This, in the end, is a triumph for @realDonaldTrump vision of America: Now we're divided by red plates & blue plates!”