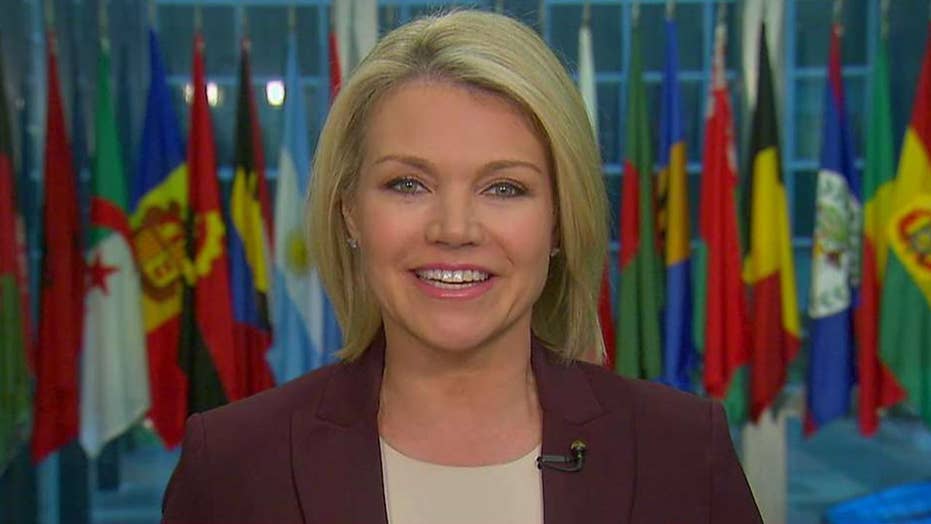 Heather Nauert: US is in Syria to defeat ISIS

U.S. warns more airstrikes on Syria are possible. On 'America's Newsroom,' State Department spokeswoman says the U.S. has seen a series of Russian lies at the United Nations.

It is not clear yet is whether she has accepted the offer to replace the outgoing Nikki Haley as ambassador.

The White House would only say Thursday that Nauert “is under strong consideration."

Nauert met with Trump in the Oval Office on Monday. Several other officials have been named as potential candidates, including U.S. Ambassador to France Jamie McCourt.

Haley, the former governor of South Carolina, announced earlier this month she would leave the post by the end of this year.

Earlier this year, she also was named acting undersecretary for public diplomacy and public affairs after the dismissal of Steve Goldstein from that post.