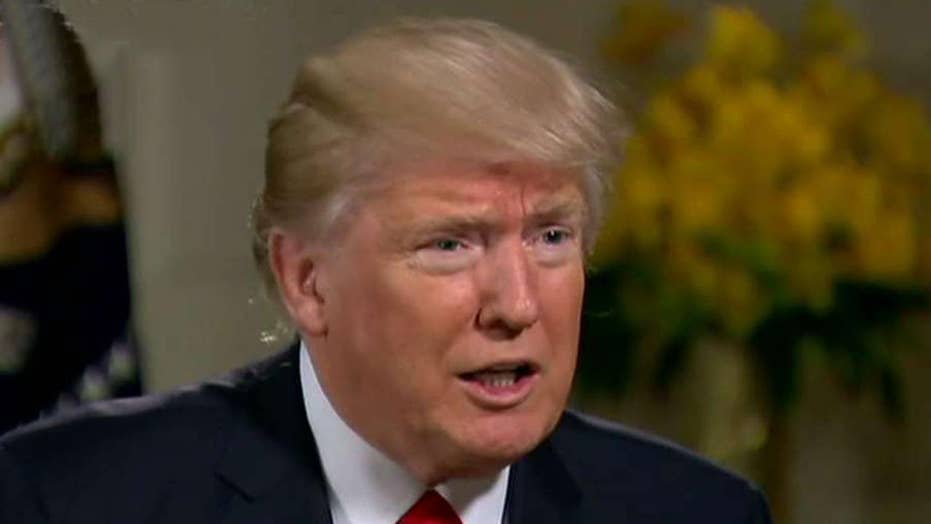 President Trump tweeted Saturday to support and defend key national-security initiatives -- arguing refugees from “dangerous” countries are streaming into the U.S. while courts halt his travel ban and suggesting that he can undercut the projected, multi-billion-dollar cost for his border wall.

“I am reading that the great border WALL will cost more than the government originally thought, but I have not gotten involved in the design or negotiations yet. When I do, just like with the F-35 FighterJet or the Air Force One Program, price will come WAY DOWN!,” Trump said over two, 140-character-maximum tweets.

The Department of Homeland Security said this past week that the U.S.-Mexico border wall will cost roughly $21.6 billion and take three-and-a-half years to build.

Trump, a former businessman and real estate magnate, is known for his deal-making, in fact having written a book in 1987 titled “The Art of the Deal.”

“Our legal system is broken!” Trump tweeted. “77% of refugees allowed into U.S. since travel reprieve hail from seven suspect countries." (WT) SO DANGEROUS!”

The Republican president was apparently referring to a Washington Times story.

The most updated numbers from the State Department show the percentage closer to 72 percent for the week of Feb. 3 ­– 11.