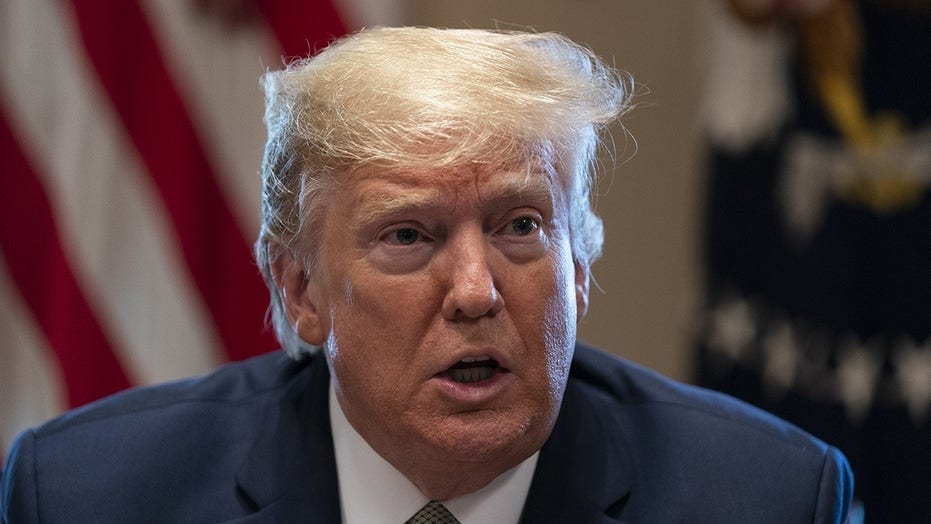 President Trump said Friday there was “no rush” to negotiate phase 4 of a coronavirus stimulus package, while top Democrats promised they were working on a new “Rooseveltian-type” stimulus bill.

Trump was asked about comments made by White House economic adviser Larry Kudlow, who said negotiations on further spending were “paused.”

“We're in no rush,” the president said while meeting with about two dozen House Republicans.

“We just had another big infusion. We put all this money in, which is fine,” Kudlow told reporters at the White House earlier Friday. “It’s well worth it. Let’s see what happens.”

“I can’t say that we're in a rush. We were in a rush to get the money out to people, now we have gotten the money out,” the president added, referring to the $2.2 trillion stimulus he signed into law in late March.

Trump said that some of the money had been stalled by “state machines.” He said he “didn’t want to do it that way” but Democrats insisted on using “this particular apparatus for a certain reason.”

Trump, in late March, expressed interest in a "Phase 4" bill, a bill "VERY BIG & BOLD, Two Trillion Dollars," focused on jobs and infrastructure, he tweeted at the time.

Although House Speaker Nancy Pelosi, D-Calif., hopes to unveil “Phase 4” of coronavirus relief next week, Senate Majority Leader Mitch McConnell, R-Ky., and Republicans say Congress should wait to see what impact the first coronavirus relief package has on the country.

"I think I can speak for our conference by saying we're not ruling that out, but we think we ought to take a pause here, do a good job of evaluating what we've already done," McConnell said earlier this week regarding a potential second relief bill.

Democrats are pushing for relief for state and local governments, as well, but Republicans have said they oppose providing relief to states with large pension deficits or other financial issues that predate coronavirus. McConnell, instead, said he "would certainly be in favor of allowing states to use the bankruptcy route.”

"[T]here's not going to be any desire on the Republican side to bail out state pensions by borrowing money from future generations,” the senator said in late April on “The Hugh Hewitt Show.”

His comments immediately drew the ire of Democrats, with New York Gov. Andrew Cuomo calling it “one of the really dumb ideas of all time.”

“New York puts in more money into the federal pot than it takes out. His state takes out more than it puts in,” Cuomo said. “Sen. McConnell, who's getting bailed out here? It's your state that is living on the money that we generate. Your state is getting bailed out. Not my state.”