The Trump administration has named an immigration hardliner as the acting director of the federal agency that handles legal immigration.

Ken Cuccinelli, a former Virginia attorney general and an advocate for denying citizenship to American-born children of parents living in the U.S. illegally and for limiting in-state tuition at public universities to citizens or legal residents, was named on Monday as the acting head of U.S. Citizenship and Immigration Services.

“I am honored to be given the opportunity to lead U.S. Citizenship and Immigration Services at this critical time and serve alongside this agency’s dedicated workforce,” Cuccinelli said in a statement. “USCIS has the extraordinary responsibility to administer and protect the integrity of our nation’s lawful immigration system. Our nation has the most generous legal immigration system in the world and we must zealously safeguard its promise for those who lawfully come here."

Cuccinelli's name has been tossed around for months. He had also been considered for a position as an immigration czar, a job possibly housed within the White House, but officials said last month that he would not be taking on that role.

It's unclear if Trump will nominate Cuccinelli for the permanent position. That would require Senate confirmation, which could be difficult. 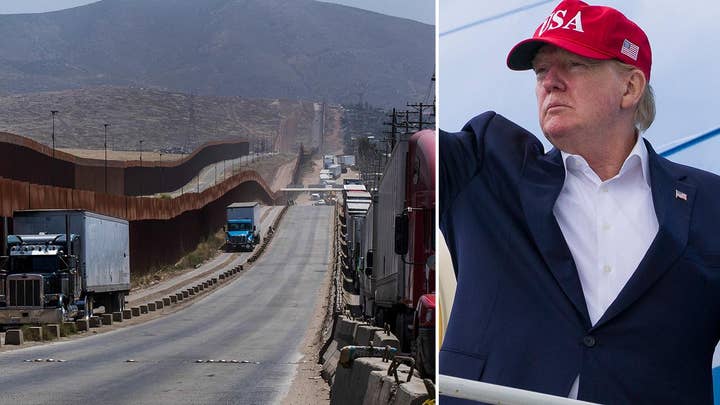 Trump is dealing with a growing crisis as tens of thousands of Central American migrants cross the border each month, overwhelming the system, and he has been unable to deliver on his signature issue of reduced immigration and tighter border security.

Cissna told his staff in an email last month that he was grateful for their support and service, but offered no information on what was ahead.

"During the past 20 months, every day, I have passionately worked to carry out USCIS' mission to faithfully administer the nation's lawful immigration system," Cissna wrote to staff in May.