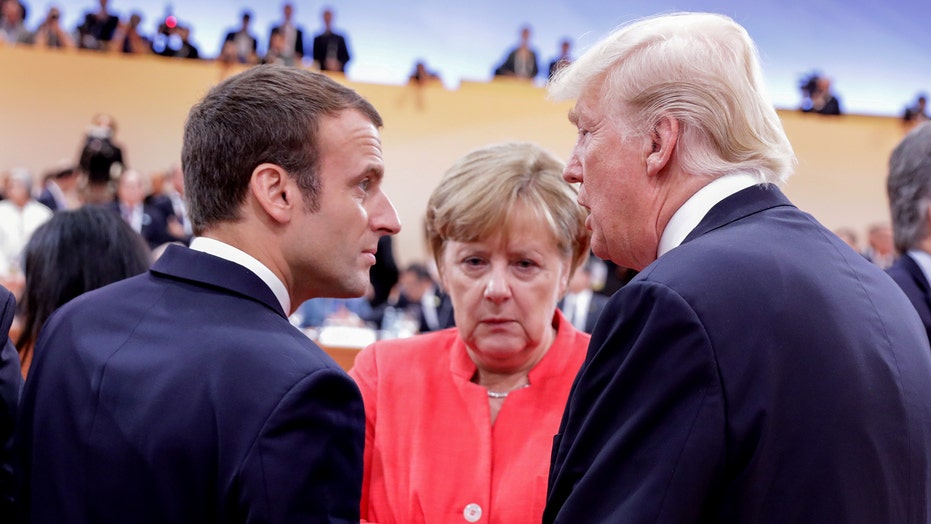 NATO Secretary General Jens Stoltenberg says despite some differences between allies they have always been able to rally around their core mission of protecting each other.

Trump is also expected to meet with Italian Premier Giuseppe Conte and Danish Prime Minister Mette Frederiksen during the summit, which takes place on Tuesday and Wednesday, according to the White House.

The president is not scheduled to meet with British Prime Minister Boris Johnson, who is hosting the summit and has said he doesn't want "loving allies' to get involved in U.K. politics.

There are 29 members of the military alliance, many of whom President Trump has criticized for not contributing enough money toward defense.

This is a tense time for NATO, especially in the wake of the United States' decision to withdraw troops from northeast Syria.

Earlier this month, Macron claimed the U.S.' actions in the region were contributing to the "brain death" of the alliance.

"What we are currently experiencing is the brain death of NATO," Macron had told The Economist magazine.

He said the U.S. appears to be "turning its back on us."

World leaders, including President Donald Trump, German Chancellor Angela Merkel and French President Emmanuel Macron, were in Paris as part of the commemorations marking the 100th anniversary of the Nov. 11, 1918, armistice, which ended World War I. (Ludovic Marin/Pool Photo via AP)

"So as soon as you have a member who feels they have a right to head off on their own, granted by the United States of America, they do it," Macron had said, referring to Turkey's military offensive into Syria following the troop withdrawal. "And that's what happened."

Merkel, calling the comments "drastic words," said: "That is not my view of cooperation in NATO and I think that such a sweeping blow is not necessary, even if we do have problems, even if we must pull together."