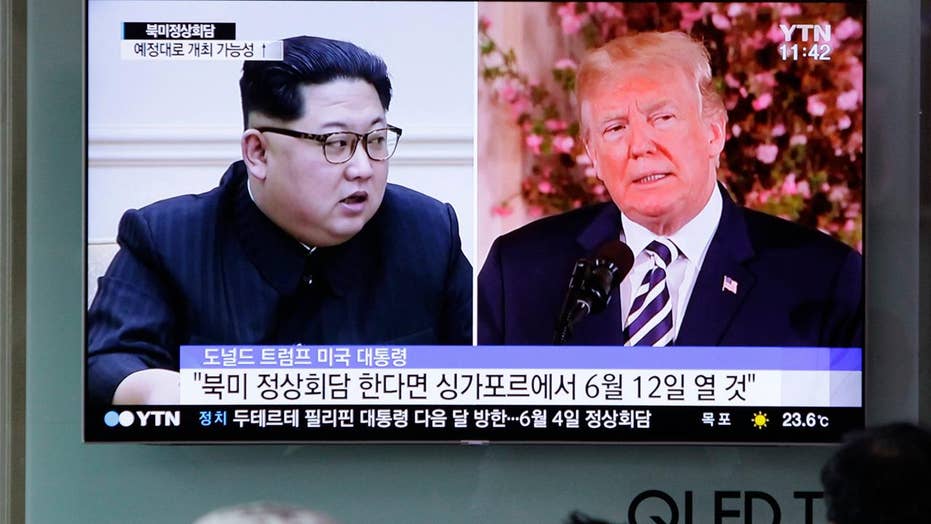 US allies in Asia closely watching the Trump-Kim summit

The United States-North Korea summit will likely have significant ramifications on the Korean peninsula and the region; Greg Palkot reports.

President Trump on Monday said he thinks "things can work out very nicely" with North Korea on the eve of his historic summit with Kim Jong Un.

He also told Lee the decision to hold the summit in the island city-state of Singapore was "made very consciously" and offers thanks.

Trump told Lee that "we appreciate your hospitality and professionalism and your friendship."

Meanwhile, White House press secretary Sarah Sanders told reporters that the U.S. ambassador to the Philippines, who has taken the lead on policy negotiations with the North, will hold a working group with a North Korean delegation at 10 a.m. Monday local time (10 p.m. Sunday ET) to make final preparations for the confab. 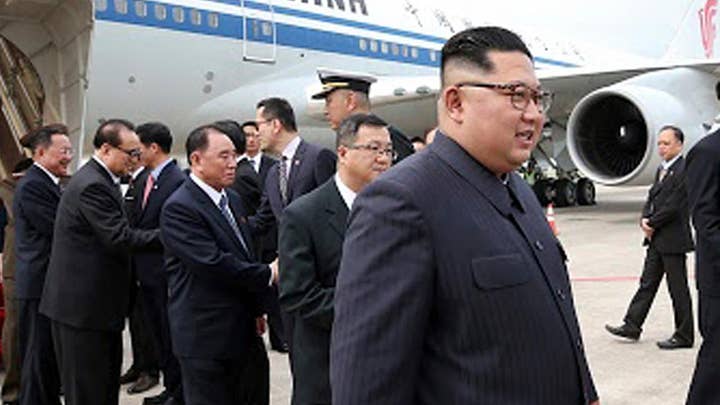 "Great to be in Singapore, excitement in the air!" Trump tweeted early Monday.

Kim held his own meeting with Lee earlier Sunday after landing in the island city-state hours ahead of Trump, who arrived fresh from a contentious G7 summit.

"The entire world is watching the historic summit between (North Korea) and the United States of America, and thanks to your sincere efforts ... we were able to complete the preparations for the historic summit," Kim told Lee through an interpreter.

Kim's every move will be followed by some 3,000 journalists who have converged on Singapore, and by people around the world, up until he shakes hands with Trump on Tuesday. It's a reflection of the intense global curiosity over Kim's sudden turn to diplomacy in recent months after a slew of North Korean nuclear and missile tests last year raised serious fears of war.

Part of the interest in Tuesday's summit is simply because Kim has had limited appearances on the world stage. He has only publicly left his country three times since taking power after his father's death in late 2011 — traveling twice to China and once across his shared border with the South to the southern part of the Demilitarized Zone in recent summits with the leaders of China and South Korea, respectively. 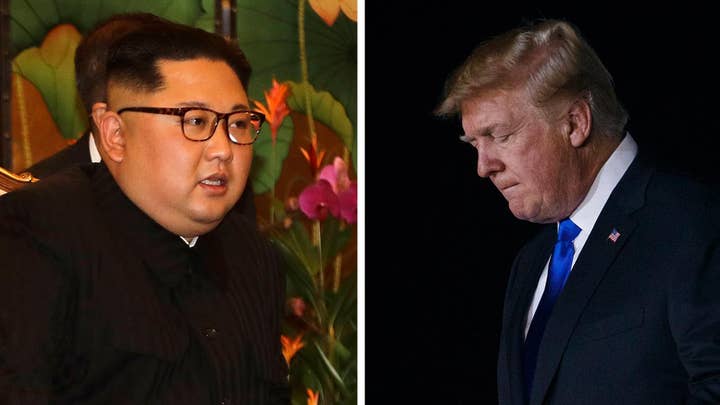 But it's Kim's pursuit of nuclear weapons that gives his meeting with Trump such high stakes. The meeting was initially meant to rid North Korea of its nuclear weapons, but the talks have been portrayed by Trump in recent days more as a get-to-know-you session. Trump has also raised the possibility of further summits and an agreement ending the Korean War by replacing the armistice signed in 1953 with a peace treaty. China and South Korea would have to sign off on any legal treaty.

It's unclear what Trump and Kim might decide Tuesday.

Pyongyang has said it is willing to deal away its entire nuclear arsenal if the United States provides it with reliable security assurances and other benefits. But many say this is highly unlikely, given how hard it has been for Kim to build his program and given that the weapons are seen as the major guarantee to his holding onto unchecked power.

Any nuclear deal will hinge on North Korea's willingness to allow unfettered outside inspections of the country's warheads and nuclear fuel, much of which is likely kept in a vast complex of underground facilities. Past nuclear deals have crumbled over North Korea's reluctance to open its doors to outsiders.

Another possibility from the summit is a deal to end the Korean War, which North Korea has long demanded, presumably, in part, to get U.S. troops off the Korean Peninsula and, eventually, pave the way for a North Korean-led unified Korea.

The fighting ended on July 27, 1953, but the war technically continues today because instead of a difficult-to-negotiate peace treaty, military officers for the U.S.-led United Nations, North Korea and China signed an armistice that halted the fighting. The North may see a treaty — and its presumed safety assurances from Washington — as its best way of preserving the Kim family dynasty. The ensuing recognition as a "normal country" could then allow sanctions relief, and later international aid and investment.

Just meeting with Trump will also give Kim a recognition North Korea has long sought, setting him up as global player and the leader of a country worthy of respect.