President Trump on Thursday sarcastically celebrated the anniversary of FBI Special Counsel Robert Mueller’s Russia probe, tweeting “we are now into the second year of the greatest Witch Hunt in American History” and claiming the only collusion came from Democrats.

"Congratulations America, we are now into the second year of the greatest Witch Hunt in American History...and there is still No Collusion and No Obstruction," he tweeted.

Mueller was appointed by Deputy Attorney General Rod Rosenstein on May 17 last year in the wake of Trump’s firing of FBI Director James Comey. Mueller was appointed as special counsel to oversee the investigation into alleged Russian interference into the 2016 election.

Mueller’s probe has wreaked havoc on the Trump White House since, with prosecutions of a number of figures linked to Trump's campaign, as his legal team fires back that the investigation is a "witch hunt."

But Trump and his supporters have argued that Mueller’s probe has unearthed no evidence of collusion between the Trump campaign and the Russians.

“The only Collusion was that done by Democrats who were unable to win an Election despite the spending of far more money!” he tweeted Thursday. 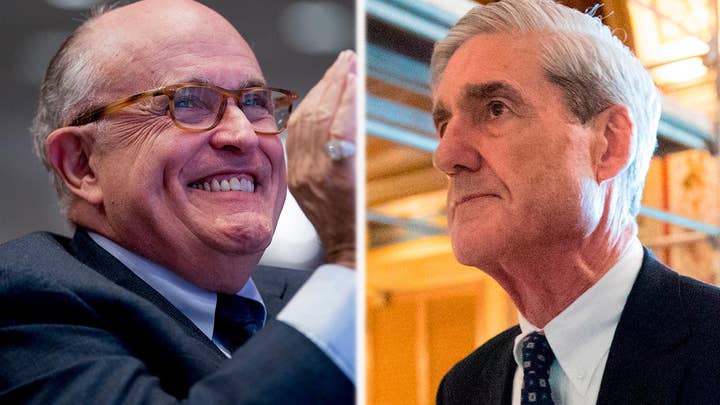 The tweet is the latest sign that the Trump team is planning on using the one-year mark ramp up calls for the Mueller team to wrap up the investigation. Legal team member Rudy Giuliani told Fox News on Wednesday that Mueller already has assured them the president can't be indicted.