President Trump's legal team slammed House Democrats on Tuesday evening after a report the House Intelligence Committee has been investigating possible obstruction by Trump's lawyers after the 2016 election.

The statement came in response to a New York Times article published Tuesday that said the Democrat-led committee “is investigating whether lawyers tied to President Trump and his family helped obstruct the panel’s inquiry into Russian election interference by shaping false testimony.” The article attributed a series of previously undisclosed letters from the committee's chairman, Adam Schiff, D-Calif. 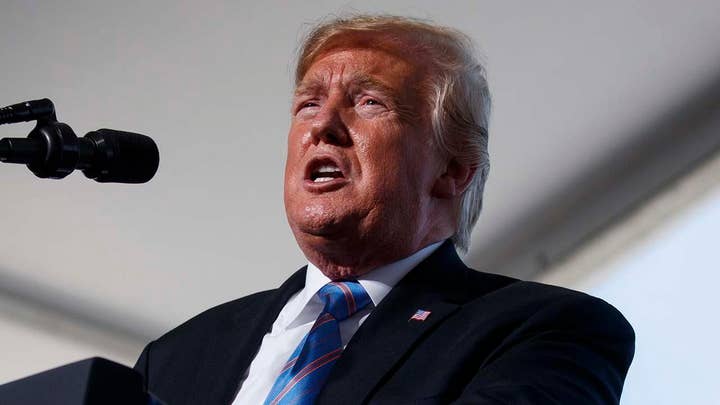 The newspaper reported the questions emerged from claims made by Michael Cohen, the president’s former lawyer who publicly turned on his ex-boss while under investigation earlier this year. Cohen, who reported to prison this week to begin a three-year sentence, told Congress that “the lawyers in question helped edit false testimony that he provided to Congress in 2017 about a Trump Tower project in Moscow,” as the Times reported. Cohen reportedly said they also offered a potential pardon to try to keep his loyalty. 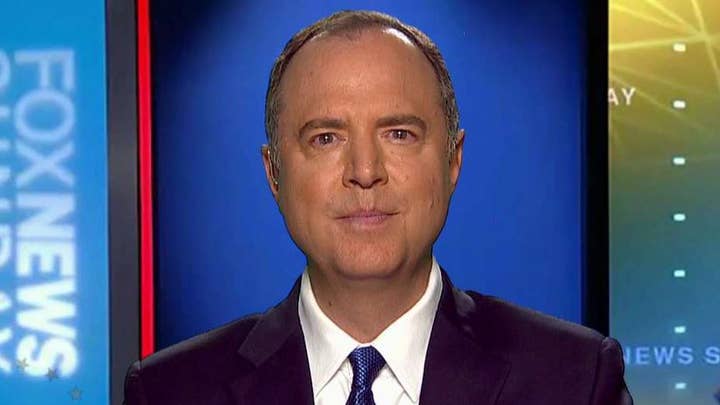 “Among other things, it appears that your clients may have reviewed, shaped and edited the false statement that Cohen submitted to the committee, including causing the omission of material facts,” Schiff, D-Calif., wrote to lawyers in a May 3 letter obtained by The New York Times.

He added, “In addition, certain of your clients may have engaged in discussions about potential pardons in an effort to deter one or more witnesses from cooperating with authorized investigations.”

When a reporter asked Schiff about the Times' reporting that he's prepared to issue a subpoena if the lawyers don't cooperate with the committee’s requests, the lawmaker responded: “I don't get ahead of where we are but we have been in communication with the lawyers that were representing other parties who had, reportedly, access to this statement, input in this statement. We want to find out what their role was, what they were knowing of, and whether anyone was participating besides Michael Cohen in this act of obstruction.”

Strawbridge said, “Instead of addressing important intelligence needs, the House Intelligence Committee appears to seek a truly needless dispute — this one with private attorneys — that would force them to violate privileges and ethical rules.”

“As committed defense lawyers, we will respect the constitution and defend the attorney-client privilege — one of the oldest and most sacred privileges in the law,” he continued.

The lawyers wrote that Schiff's inquiry “appears to be far afield from any proper legislative purpose.” They also wrote that Cohen is a witness of “questionable reliability.” 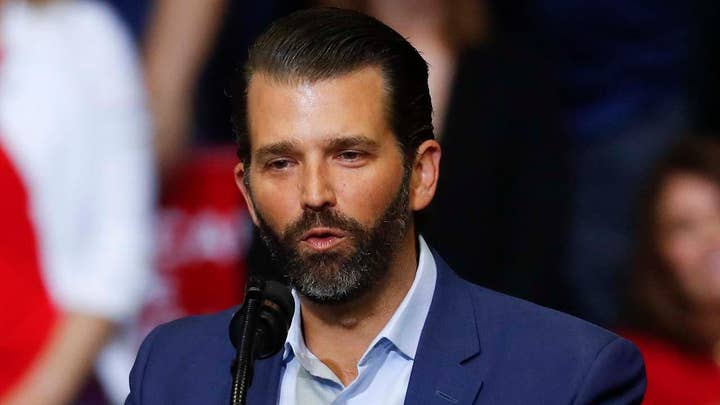 Mueller’s investigation did not find proof of collusion between Trump campaign associates and the Russian government, though it detailed "links" between the two. The probe did not come to a conclusion on the separate question of whether Trump obstructed justice.

But, Democrats have pointed to numerous instances Mueller identified of possible obstruction, as well as contacts between members of the Trump campaign and Russians, as cause for future investigations -- with a number of House Democrats and 2020 presidential hopefuls calling for impeachment hearings.

The New York Times reported that the obstruction case would likely be difficult to bring against the attorneys, writing, “Even if it could prove wrongdoing, the committee has little recourse beyond referring the case to the Justice Department.”

The newspaper also pointed out that Mueller already has declined to investigate or to charge the lawyers involved.