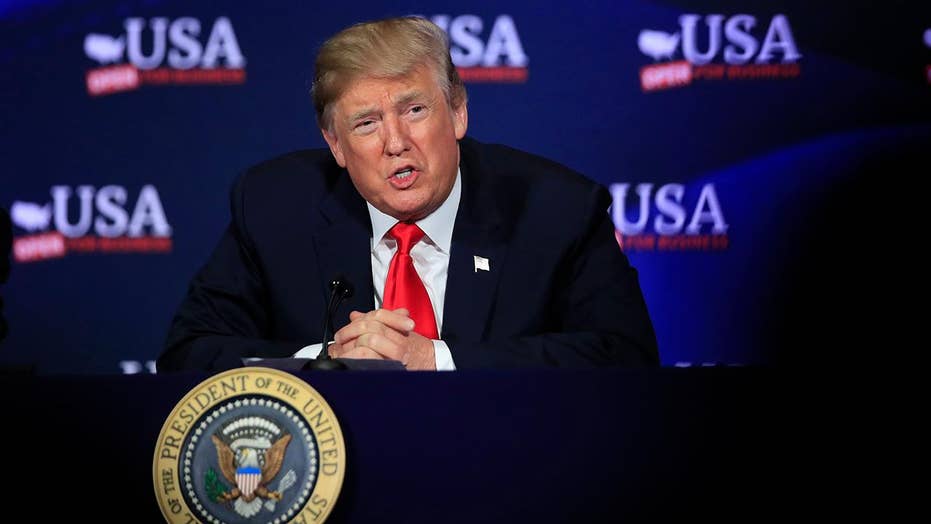 President Donald Trump and his son-in-law scored a legislative victory Tuesday after the House overwhelmingly approved a prison reform bill that aims to help ex-convicts rebuild their lives after their release from prison.

The so-called First Step Act was authored by Reps. Hakeem Jeffries, D-N.Y., and Doug Collins, R-Ga., who also worked closely with the White House -- particularly Jared Kushner, Trump’s senior adviser, who advocated for the reform after witnessing how his father, Charles Kushner, was treated in prison.

The act would provide $250 million over five years to expand and support programs that reduce reoffending rates and encourage good behavior, the New York Post reported.

It would also require prisoners to be housed within 500 miles from their relatives and prohibit prisons from shackling pregnant women. Some prisoners would also be allowed to spend more of their sentences in a halfway house or home confinement.

“President Trump promised to fight for the forgotten men and women of this country — and that includes those in prison.”

“President Trump promised to fight for the forgotten men and women of this country — and that includes those in prison,” Kushner wrote in the Wall Street Journal last month.

But Jones’ support for the bill heralded by Kushner came under fire from progressive Democrats who oppose working with the Trump administration. ShareBlue media’s Oliver Willis accused Jones of aiding racism, tweeting: “Van provides window dressing so racist administration can point to their black friend without really doing anything.”

“Aiding Donald Trump is aiding racism. And Van Jones is aiding Trump (even worse he did a dog n pony show for Ivanka, Jared, and Rick Perry). It was gross and disgusting,” Willis added in another tweet, prompting mockery for opposing a reform that helps inmates.

Jeffries said his bill would give additional funding to programs that allow inmates to attend vocational and college courses and get help with mental health and substance abuse issues.

“These are individuals who are in the system right now without hope, without opportunity, without a meaningful chance at transforming themselves,” Jeffries said on the House floor. “And the First Step Act will provide that. … Why would we possibly refuse that?”

The bill now moves to the Senate where it will face a tough battle as Senate Judiciary Committee Chairman Chuck Grassley, R-Iowa, said he wants any prison reform linked to sentencing reforms as well.