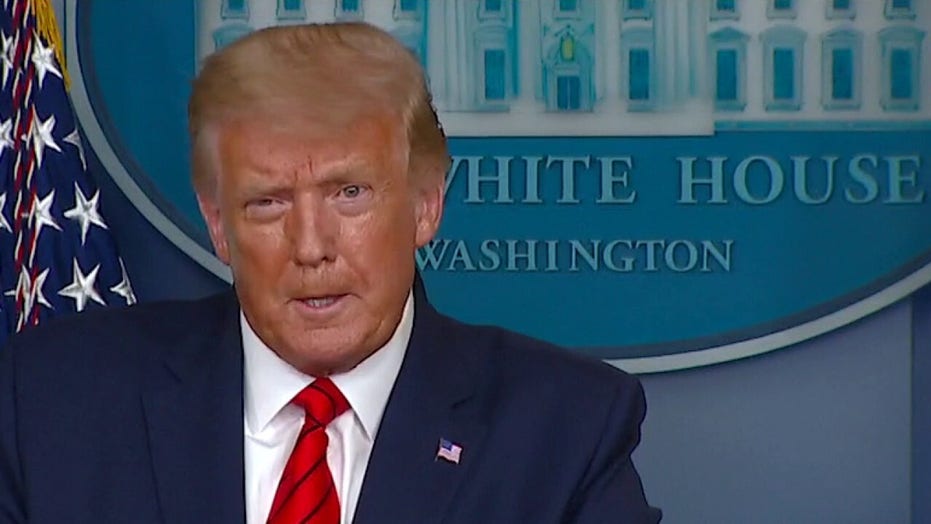 Trump: I'm going to Kenosha, it should be very interesting

President Trump on Tuesday will travel to Kenosha, Wis., where he will visit the sites of riots and looting that plagued the city after the shooting of Jacob Blake earlier this month -- promising "no tolerance" for anarchy and violence.

Trump’s visit comes over the objections of local Democrats and will see him visit property affected by the riots that have taken place as he seeks to present a tough-on-crime approach and contrast it with that of Democratic presidential rival Joe Biden.

“We must strictly and fully enforce our law and have no tolerance for anarchy and no tolerance -- zero -- for violence,” he said during a press conference Monday. “Anyone who breaks the law should be arrested, prosecuted and punished.”

The president will also take part in a roundtable on community safety. But Democratic Gov. Tony Evers, who has deployed the National Guard to help stop the violence, said Trump’s presence “will only hinder our healing.” 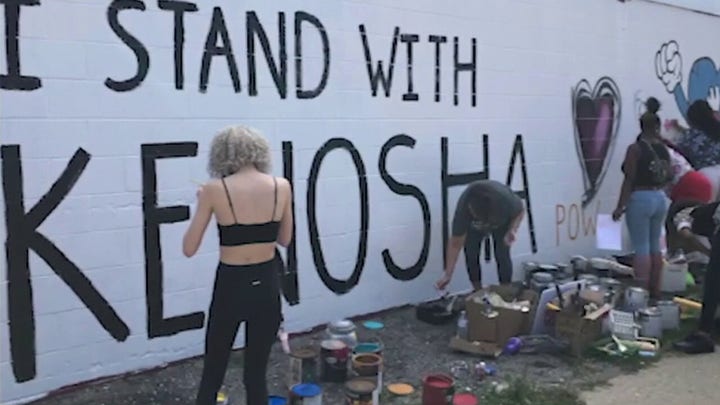 "I am concerned your presence will only delay our work to overcome division and move forward together,” he said in a letter to Trump.

The protests and riots were sparked by the shooting of Blake last week -- something protesters say is an example of police brutality against Black men. Video seen on social media shows an officer shooting at Blake as he reached into his vehicle where Wisconsin officials later said a knife was found. The shooting left Blake hospitalized.

During the protests sparked by the shooting, a pro-police 17-year-old Illinois male is accused of fatally shooting two people and wounding a third. Teenager Kyle Rittenhouse faces homicide charges in the shootings; his lawyer has claimed self-defense.

Trump said Monday that it appeared Rittenhouse acted in self-defense.

“That was an interesting situation," Trump said during the press conference. “He was trying to get away from them, I guess, it looks like, and he fell. And then they very violently attacked him. ... He was in very big trouble. He would have been — you probably would’ve been killed.”

TRUMP SUGGESTS 'SOME VERY STUPID RICH PEOPLE ARE FUNDING PROTEST GROUPS, RIOTERS AT RNS AND ACROSS US

Protests and riots have torn through American cities throughout the summer since the death of George Floyd in police custody in Minnesota in May. But the violence in Wisconsin, a key swing state, could have electoral implications. Polls in recent days suggest Biden’s lead over Trump has tightened there.

The president has repeatedly warned that the unrest, occurring in Democratic-run cities, will only intensify if Biden’s elected in November. 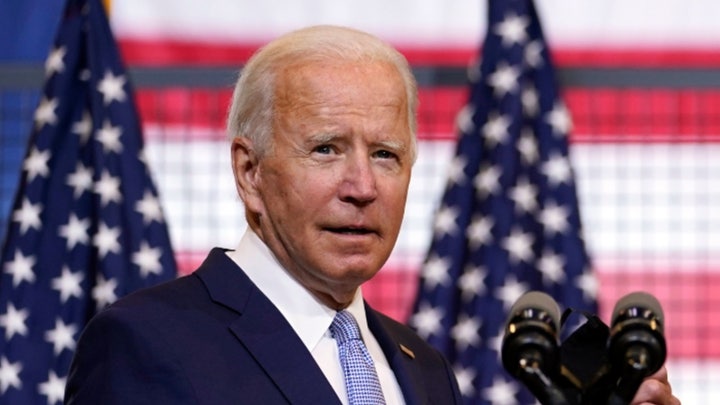 “The wave of violence and destruction that we’ve seen in recent weeks and months has occurred in cities exclusively controlled and dominated by the Biden -- Joe Biden party,” he said Monday.

But the former vice president has pushed back, stressing that the current unrest is coming on Trump’s watch.

Biden traveled to Pittsburgh on Monday where he took aim at Trump’s approach on the issue, asking, “Does anyone believe there will be less violence in America if Donald Trump is reelected?”

He charged that “this president long ago forfeited any moral leadership in this country. He can’t stop the violence – because for years he has fomented it ... fires are burning and we have a president who fans the flames rather than fighting the flames.”

Biden argued that Trump “may believe mouthing the words law and order makes him strong, but his failure to call on his own supporters to stop acting as an armed militia in this country shows you how weak he is.”

Trump responded, telling Fox News' Laura Ingraham on Monday night, "You would have riots like you've never seen" in response to Biden's assertion that rioting and violence in cities across America is a hallmark of "Donald Trump's America."