Flake, a frequent Trump critic who opted against running for re-election this year, followed through on his threat Wednesday afternoon and joined Democrats in opposing a bid to advance Thomas Farr’s nomination to serve on the federal bench for the Eastern District of North Carolina. Vice President Pence was then forced to break a tie on a procedural vote, in a rare Senate intervention.

A final confirmation vote on Farr’s nomination had been expected Thursday, but Fox News has learned it has now been pushed until at least Dec. 3.

While nominees like Farr may narrowly advance on the floor, proceedings at the committee level are stuck for now. Late Wednesday, the Senate Judiciary Committee canceled plans for a Thursday meeting to vote on a long list of judicial nominees. Flake is a member of that committee. None of the nominations would have been favorably moved out of the committee if all Democrats plus Flake voted no.

Meanwhile, nominees already passed out of committee could be confirmed on the floor, though they may result in more airtight votes requiring Pence to serve as tie-breaker.

Flake, along with Delaware Democratic Sen. Chris Coons and New Jersey Democratic Sen. Cory Booker, on Wednesday tried to use a parliamentary maneuver to pave the way for a vote on the Special Counsel Independence and Integrity Act, which would shield Mueller from inappropriate removal or political pressure.

Flake asked for unanimous consent to vote on the bill, but Utah Sen. Mike Lee objected, blocking the effort.

The three lawmakers expressed concern over comments made by President Trump, who has called the Mueller probe a “phony witch hunt,” as well as Trump’s ousting of Attorney General Jeff Sessions.

“It’s clear, therefore, something has to be done to protect Mr. Mueller’s investigation,” Flake said on the Senate floor on Wednesday. 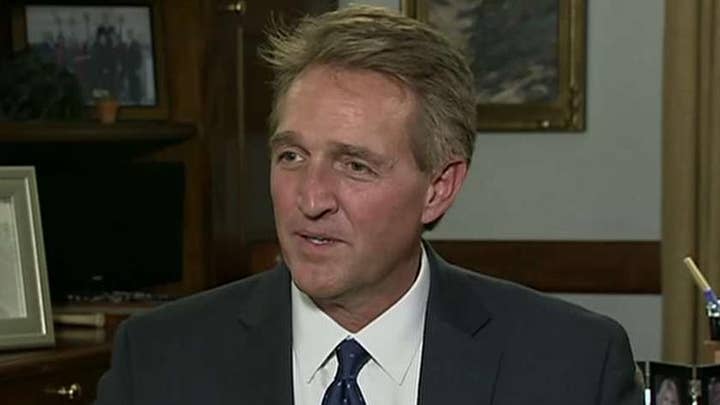 The Special Counsel Independence and Integrity Act mandates that a special counsel can only be fired for good cause by a senior Justice Department official.

Earlier this month, Flake said on the Senate floor, "I have informed the majority leader I will not vote to advance any of the 21 judicial nominees pending in the Judiciary Committee or vote to confirm the 32 judges awaiting confirmation on the Senate floor until ... [the bill] is brought to the full Senate for a vote."

Some Republicans counter that the bill is unnecessary.

“This is a solution in search of a problem,” Senate Majority Leader Mitch McConnell told reporters this week.

Still, with Flake’s vow complicating GOP efforts to confirm Trump’s judicial nominees, The Hill reported Thursday that the Republican leadership is privately measuring support for the bill, and considering whether to hold a vote on it to satisfy Flake.

“Look, I think that the president has had Robert Mueller doing his job for the last two years, and he could’ve taken action at any point, and he hasn’t. So we’ll let that speak for itself,” she said.

Sanders added, “He has no intent to do anything.”

Other Republicans also are signaling, for other reasons, they are willing to hold up Congress' agenda -- including a spending bill meant to avert a partial government shutdown. South Carolina Sen. Lindsey Graham on Wednesday suggested he may refuse to vote on other issues until the Senate hears from the CIA about the murder of Saudi activist Jamal Khashoggi.

"I'm not going to be denied the ability to be briefed by the CIA," Graham told reporters. "Anything that you need me for to get out of town, I ain't doing it until we hear from the CIA."

As for judicial nominees, while Farr’s nomination advanced with Pence’s support Wednesday, it’s not clear whether he will still have the votes of all Republicans in the final floor vote. 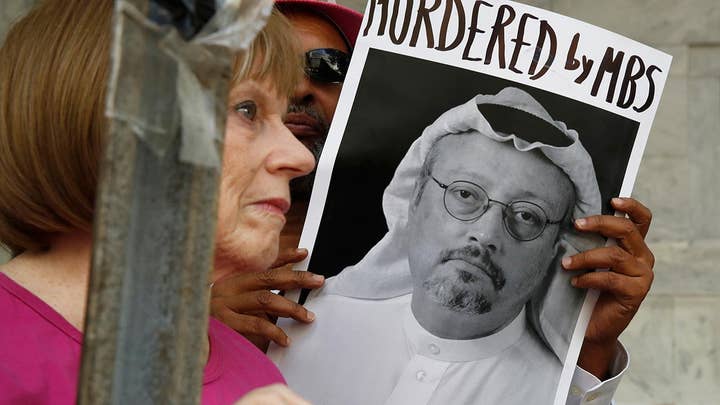 The Farr nomination has been controversial, with all 49 Democrats opposing Farr, arguing that Farr discriminated against African Americans through his rulings on voting laws.

Republicans, meanwhile, are standing behind Farr.

“The American Bar Association’s Standing Committee on the Federal Judiciary -- a body that's frequently been held up by my Democratic colleagues as the ‘gold standard’ -- has awarded Mr. Farr its highest possible rating: unanimously well qualified,” McConnell said.