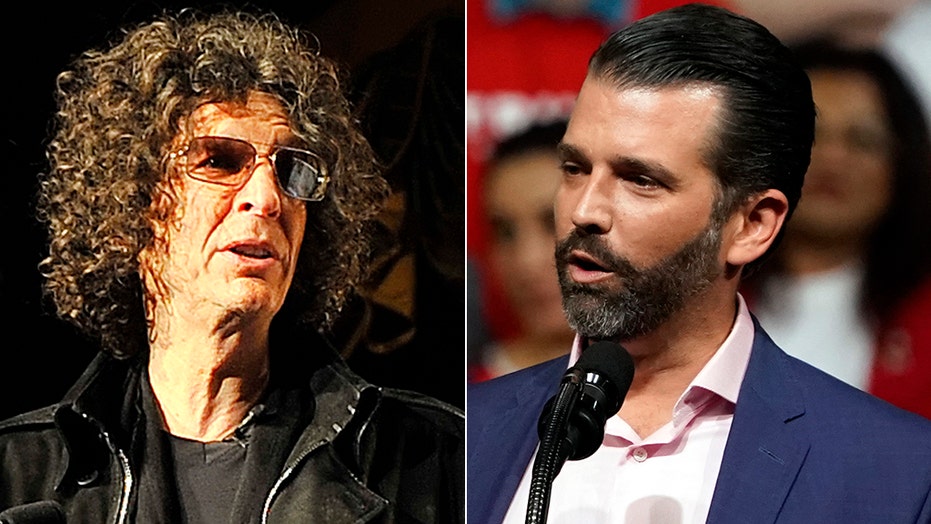 Donald Trump Jr. slammed Howard Stern on Thursday over his remarks that his father, President Trump, secretly hates his followers, and accused the radio personality of acting like Hillary Clinton over her past comments about the president's base.

On Tuesday, Stern laid into Trump during his Sirius XM show, saying the president should step down over his response to the coronavirus pandemic and that he despised his supporters.

“The oddity in all of this is the people Trump despises most, love him the most,” said Stern. “The people who are voting for Trump, for the most part ... he wouldn’t even let them in a f---ing hotel. He’d be disgusted by them. Go to Mar-a-Lago, see if there’s any people who look like you. I’m talking to you in the audience.”

Stern recently criticized Trump over missteps in his administration's response to COVID-19 and suggested his supporters ingest disinfectants. The pair have a long history, with Trump often appearing on Stern's show prior to his White House run.

While appearing on Sirius XM's “Jim and Sam Show," Trump Jr. called Stern's remarks "disappointing" and noted that many of Stern's original fans are supporters of his father.

“I mean, I would think at least the sort of original Howard, I imagine most of those blue-collar people that he now hates since he became ‘Hollywood Howard’ would’ve probably been pretty big Trump supporters,” Trump Jr. said.

"Donald Trump was a better developer and built a brand because he spent time talking to those guys," he added. "There’s a reason why you see guys within our company, even today, they started off as construction guys, started off as drivers, and they’re like executives because he gave them a chance.”

He also accused Stern of acting like Hillary Clinton for bashing Trump supporters, similar to when Clinton labeled half of Trump's base a "basket of deplorables" for racist and sexist behavior at some of his campaign rallies.

“He’s acting like Hillary, which was, you know, probably what cost her some of the election was calling half the country deplorables for wanting to support someone who’s going to get things done for them and he did," he said.