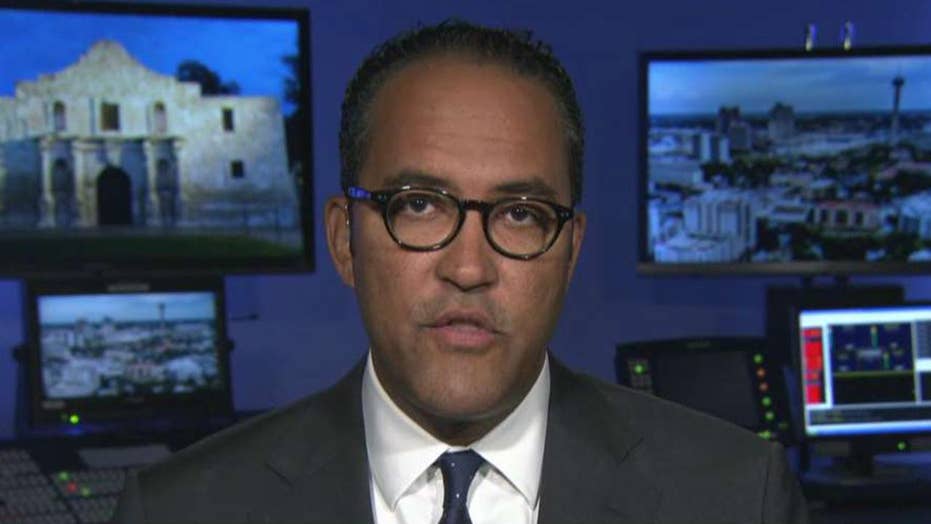 Rep. Will Hurd says Iran is not the victim

Texas Republican Rep. Will Hurd says the U.S. does not want a kinetic war with Iran.

President Trump lobbed a strong warning to Iran on Sunday after the rogue nation announced it had ratcheted up its uranium enrichment beyond the limit allowed by the 2015 nuclear deal with world powers.

“Iran better be careful. … Iran is doing a lot of bad things,” Trump said. “Iran will never have a nuclear weapon.”

Iran has said it was inching its program closer toward weapons-grade levels, while calling for a diplomatic solution to a crisis that has raised tensions with the U.S.

IRAN ANNOUNCES IT WILL ENRICH URANIUM BEYOND NUCLEAR DEAL LIMITS

“Iran’s latest expansion of its nuclear program will lead to further isolation and sanctions. Nations should restore the longstanding standard of no enrichment for Iran’s nuclear program. Iran’s regime, armed with nuclear weapons, would pose an even greater danger to the world,” Secretary of State Mike Pompeo tweeted.

Iran’s move, coupled with abandoning the deal’s limit on its low-enriched uranium stockpile earlier, has intensified pressure as the future of the accord, signed during the Obama administration remains in question. Trump pulled the U.S. out of the deal last year.

He added Sunday, “the Obama agreement... was the most foolish agreement that you will ever find.”

Iranian officials said the new level of uranium enrichment would be reached later in the day, but did not provide the percentage they planned to hit. Under the nuclear deal, the cap for enrichment was set at 3.67 percent, a percentage closely monitored by inspectors from the International Atomic Energy Agency, the U.N.’s nuclear watchdog.

“Within hours, the technical tasks will be done and enrichment above 3.67 percent will begin,” Iran nuclear agency spokesman Behrouz Kamalvandi said. “We predict that the IAEA measurements early tomorrow morning will show that we have gone beyond 3.67 percent.” 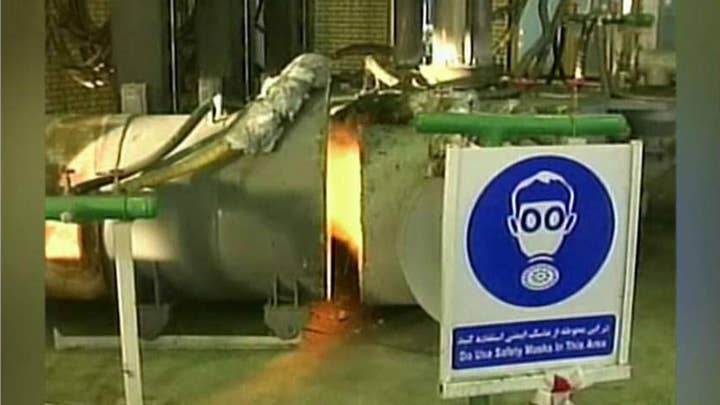 While Iran’s recent measures could be easily reversed, Europe has struggled to respond, even after getting a 60-day warning that the increase was coming.

In a statement, the United Kingdom said: “Iran has broken the terms of the (Iran deal), following its announcement that it will start uranium enrichment above the 3.67 percent limit agreed in the nuclear deal. While the U.K. remains fully committed to the deal, Iran must immediately stop and reverse all activities inconsistent with its obligations. We are coordinating with other (Iran deal) participants regarding the next steps under the terms of the deal, including a Joint Commission.”

International reaction to Iran’s decision came swiftly, with Germany saying it was “extremely concerned,” and Israeli Prime Minister Benjamin Netanyahu, a longtime critic of the accord, urging world powers to impose so-called “snapback sanctions” on Tehran.

The European Union said parties to the deal were discussing a possible emergency meeting after Iran’s announcement, with EU spokeswoman Maja Kocijancic saying the bloc was “extremely concerned” about the move.