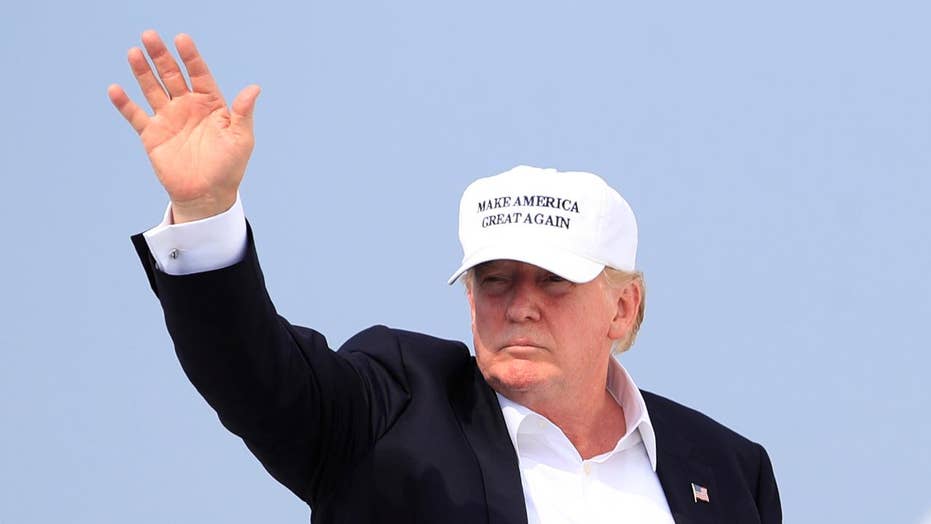 “During the morning, I interviewed and met with four potential justices of our great Supreme Court,” Trump told reporters in the Oval Office as he met with the Dutch prime minister. “They are outstanding people. They are really incredible people in so many different ways, academically and every other way, and I had a very, very interesting morning.”

The president said he plans to meet with two or three more potential picks and will be making a decision “over the next few days.”

“I think the person that is chosen will be outstanding,” Trump said.

Conway: Supreme Court pick will be faithful to Constitution

White House counselor to the president speaks out on 'Fox & Friends' on the president's criteria for the next high court justice.

It comes as the White House on Monday mobilized a team to support the president’s soon-to-be announced Supreme Court. The newly organized team of White House and administration personnel is setting up shop in the Eisenhower Executive Office Building, next door to the West Wing of the White House.

Raj Shah will step away from his duties as deputy press secretary to focus full-time on the Supreme Court nomination, overseeing communications and message coordination with Capitol Hill.

Justin Clarke, a White House aide who heads the Office of Public Liaison, will take a lead role on engagement with outside groups.

It also comes as former Fox News executive Bill Shine is expected to take a top White House role. Shine was seen at the White House on Monday.

Trump said he plans to announce his choice to replace Kennedy on July 9. A White House aide said the president values a tremendous intellect, temperament and fidelity to the Constitution in potential justices.

The 81-year old Kennedy set off a scramble when he announced his retirement last Wednesday after 30 years, giving Trump a critical opportunity to move the Supreme Court more solidly to the right.

Trump said last week he will choose someone from his previously released list of 25 candidates. Six federal appeals court judges -- Thomas Hardiman, Brett Kavanaugh, Amy Coney Barrett, Amul Thapar, Joan Larsen and Raymond Kethledge -- are considered top contenders, though others could be under consideration too.

“This will be a 50-state campaign. Our members are fired up, our phones are ringing off the hook, and we are ready to fight this fight,” NARAL Pro-Choice America President Ilyse Hogue told reporters, according to The Hill. 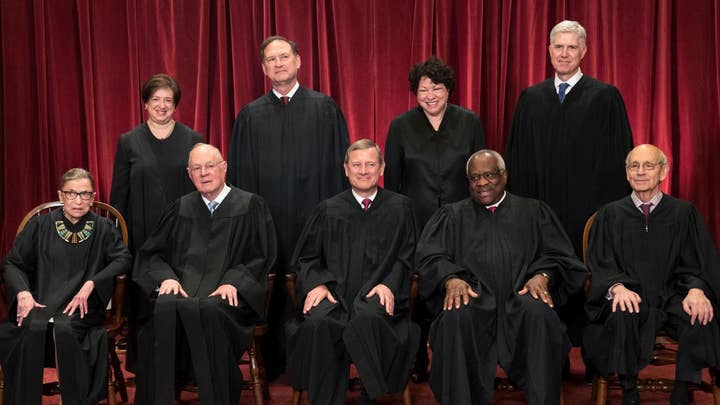 All five of these senators, who backed Trump’s choice of Neil Gorsuch for the Supreme Court last year, met with the president at the White House last week.

These senators are facing enormous pressure. Collins already has said she would oppose any nominee she believed would overturn Roe v. Wade. One incumbent Democrat warned over the weekend that supporting Trump's eventual nominee could be politically fatal for those in her party.

“My colleagues on both sides of the aisle know that this vote could be one of the key votes of their entire career,” Washington Sen. Maria Cantwell said on NBC News’ “Meet the Press. “If they vote for somebody who’s going to change precedent, it could be a career-ending move.”

A number of other liberal Democratic senators, like New York Sen. Kirsten Gillibrand, New Jersey Sen. Cory Booker, and California Sen. Kamala Harris, have embraced the hashtag “#DitchTheList,” saying they will refuse to vote for any of the 25 potential nominees released by the White House.

The Senate's top Democrat, meanwhile, tried Monday to rally public opposition to any Supreme Court pick who'd oppose abortion rights, issuing a striking campaign season call to action for voters to prevent such a nominee by putting "pressure on the Senate."

Senate Minority Leader Chuck Schumer said any of the 25 on Trump's list would be "virtually certain" to favor overturning Roe v. Wade, the 1973 case that affirmed women's right to abortion.

In an unusually direct appeal to voters, he said that to block "an ideological nominee," people should "tell your senators" to oppose anyone from Trump's list.

"It will not happen on its own," the New Yorker wrote in an opinion column in Monday's New York Times. "It requires the public's focus on these issues, and its pressure on the Senate."