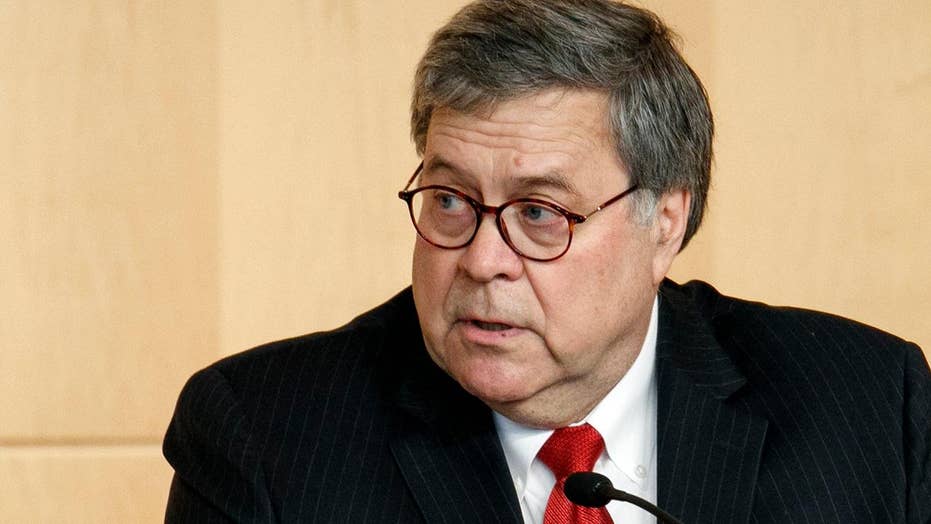 Former Acting Attorney General Matt Whitaker on Monday took aim at the leftist media for going out of its way to discredit Attorney General Bill Barr’s review into the origins of Special Counsel Robert Mueller’s probe into Russian interference in the 2016 election.

Whitaker said on Fox News’ "The Ingraham Angle" that it’s in the best interest of the American people for Barr to carry out a review of the Russia inquiry. He said the probe will connect the dots between the start of the investigation into Russian interference in the 2016 presidential election and the current impeachment inquiry into President Trump.

“They are worried, they’re trying to discredit, and they’re suggesting that somehow this is illegitimate to look at why we even have this investigation,” Whitaker told Fox News’s host Laura Ingraham. “A lot of the American people know there’s really no explanation to how a Carter Paige FISA warrant turned into a criminal investigation of the president.”

The New York Times published an article Sunday criticizing Barr, and the federal prosecutor he appointed to carry out the Russia inquiry, John H. Durham, for traveling to Europe to question diplomats and foreign intelligence officials.

According to the Times, Trump’s made the controversial July 25 phone call to Ukrainian president Volodymyr Zelensky as part of his efforts to support Barr’s review of the Russia inquiry. Trump is under fire after a whistleblower’s complaint revealed, on the call, he encouraged Zelensky to investigate Democratic 2020 frontrunner Joe Biden and his family’s business dealings in Ukraine.

Whitaker said The Times and other media use the term “conspiracy theory” to discredit legitimate concerns about what forces--whether foreign powers or Trump’s political enemies at home--initiated the Russia inquiry conducted by Mueller. Mueller testified before Congress in July that Trump and his associates did not conspire with Russia to influence the outcome of the 2016 presidential election.

“The left has been unified throughout the last three years to have everybody singing from the same headline. You watch the 24-hour news cycle and you see they sent out the same talking points to everybody,” Whitaker said.

“You don’t hear anything out now about the Mueller investigation as a basis for this impeachment inquiry. It’s all about Ukraine,” he continued. “It came on before they even had the transcript, before they had the whistleblower complaint. Now they’ve realized the deficiencies in the complaint, so they’ve got a second whistleblower that they don’t want to put in front of the American people.”

Whitaker also took aim at Chairman of the House Intelligence Committee Adam Schiff, D-Calif., for reading a parody version of the whistleblower’s complaint before Congress. After Mueller released his 448-page report of the findings of his investigation in April, Democrats in Congress interpreted the report, saying it revealed Trump had colluded with Russia to win the presidency. It wasn’t until Mueller testified before Congress in July that he was able to clarify the findings in the report.

“I have never seen a member of Congress paraphrase a document and distort completely making it look nefarious when really the American people can see with their own eyes what happened on that phone call,” Whitaker said. “I don’t know why we need sort of people to bring it to life. Last time they had an individual bring it to life… Mueller… it completely blew up in their face. I can only imagine now when they have these sort of interpretive recitations of transcripts and of whistleblowers what this could turn in to.”