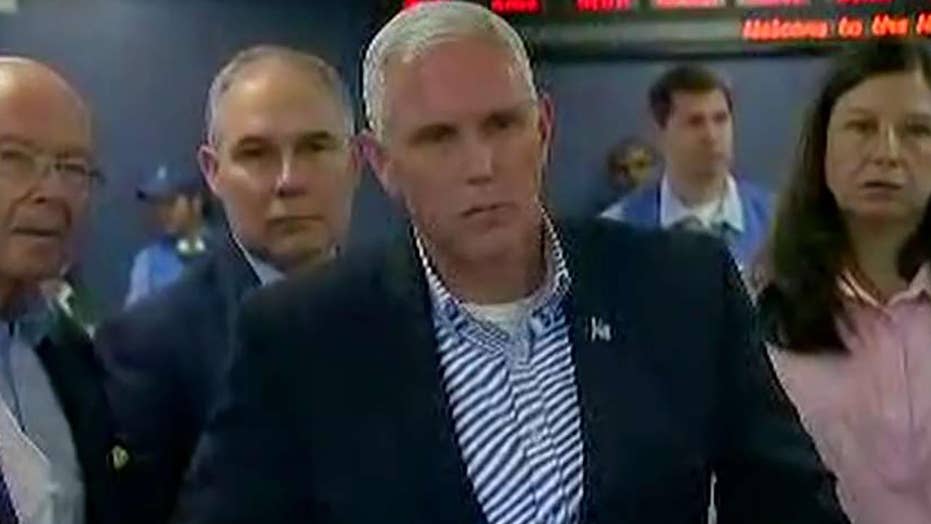 VP Pence: Wherever Irma goes, we'll be there

President Trump and his team on Sunday were closely monitored Hurricane Irma from Camp David and Federal Emergency Management Agency headquarters, with Vice President Pence saying the president has “great concern” and that wherever the storm goes, “we'll be there first.”

Pence spoke while he and several other Cabinet members visited FEMA headquarters in Washington, D.C., as the storm took aim at Florida.

“Wherever Hurricane Irma goes, we'll be there first [with] the resources and support to save lives and to help and recover,” Pence told reporters. “This is a very dangerous storm, life-threatening. … Clearly, the briefing this morning caused the president to have great concern. … The people of Florida need to know that our hearts and prayers and all of our efforts will be with them until this storm passes.”

Pence and fellow Cabinet members arrived at the headquarters after Trump’s Cabinet meeting on Saturday at Camp David, where the president and his team discussed strategy to deal with the hurricane, which made landfall Sunday morning on the Florida Keys, and to talk about the administration’s legislative agenda.

They were joined at the headquarters by Energy Secretary Rick Perry and acting Homeland Security Secretary Elaine Duke. 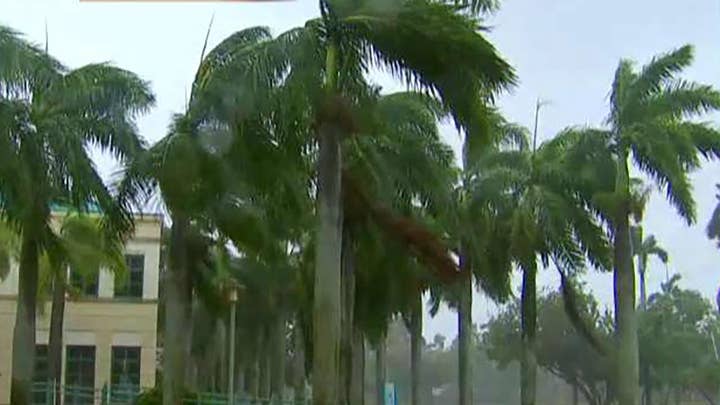 Trump and first lady Melania Trump were scheduled to return to the White House on Sunday afternoon. The president also used the presidential retreat, in western Maryland, two weekends ago to monitor Hurricane Harvey as it churned through southeastern Texas and then Louisiana.

The Cabinet meeting Saturday afternoon was the president’s fourth since taking office.

He arrived at Camp David this weekend after what was considered his first major legislative win, when Congress on Friday approved $15.3 billion in Harvey disaster-relief aid linked to an increase in the government's borrowing authority.

However, the president and Congress will likely have to approve additional emergency funding to handle the new damage.

Speaking from the White House after his Cabinet meeting Sunday, Trump said the U.S. Coast Guard and FEMA's response to Hurricane Irma have been "amazing" and "incredible," respectively. He added he'll be making a trip to Florida "very soon."