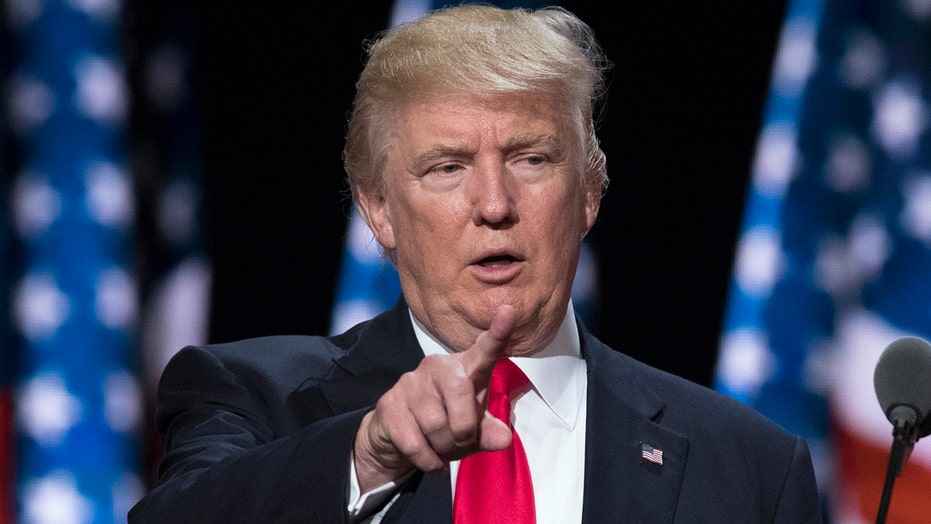 Did the out of control PC culture fuel the rise of Trump?

Republican presidential nominee Donald Trump got his first look Wednesday at classified intelligence on threats to the United States and other security issues.

The more than two-hour briefing was held at an FBI field office in New York City and was led by the Office of the Director of National Intelligence (ODNI).

Trump left the briefing in lower Manhattan without talking to reporters.

On Wednesday morning, Trump seemed to downplay the potential value of the briefing and questioned whether he could put trust in the information.

“Not so much from the people that have been doing it for our country,” he told Fox News’ “Fox and Friends.” “Look what’s happened over the last 10 years. … I won't use them, because they’ve made such bad decisions.”

Trump has argued that apparent intelligence failures led to the  2003 invasion of Iraq, which resulted in the removal of dictator Saddam Hussein but also created a vacuum for radical Islamic terrorists to thrive.

The briefing comes after months of Trump also railing against the foreign policies of President Obama and Democratic presidential rival Hillary Clinton, who was Obama’s secretary of state from 2009 to 2013.

Trump has repeatedly argued that failed administration policies, particularly in the Middle East, have left the United States weakened and vulnerable to attacks by the Islamic State and other international terrorist networks. However, the first-time candidate, despite having foreign policy advisers, has limited intimate knowledge of the inter-workings of U.S. intelligence agencies.

Presidential nominees do not need to have a special security clearance to receive the briefings. The campaigns typically work with the ODNI to set up the sessions and discuss topics of interest.

The briefing also followed Trump’s major foreign policy address Monday in which he placed the blame for the rise of Islamic terrorism across the globe at the feet of the administration, and in particular Clinton.

“With one episode of bad judgment after another, Hillary Clinton's policies launched ISIS onto the world stage,” Trump said. “All we got from Iraq and our ventures in the Middle East was death, destruction and tremendous financial loss.”

Trump, who has suggested support for Russian President Vladimir Putin, also argued for an end to nation-building abroad, a new “extreme vetting” of immigrants seeking to enter the U.S., and a “bipartisan and international consensus” to defeat Islamic extremism.

He has been attacked throughout his campaign for a perceived lack of foreign policy credentials, with Clinton accusing him Monday of being “all over the place on ISIS.”

It was not immediately clear if a briefing had been set up for Clinton or when it would take place.

Republicans have called for Clinton not to be given classified information in light of FBI Director James Comey’s conclusion that she had been "extremely careless" in her use of a private email server as secretary of state.