President Trump told ‘Fox and Friends’ that a coronavirus vaccine will be ready ‘in a matter of weeks.’

President Trump in an interview on "Fox & Friends" Tuesday claimed a vaccine for coronavirus could be approved "in a matter of weeks."

During his "Fox & Friends" appearance, the president also spoke about Hurricane Sally, slammed journalist Bob Woodward and cohort Carl Bernstein for critical comments the journalists have made about him -- he called Bernstein a "nutjob" -- and accused liberal cities of "getting weak and soft" against crime in the wake of a shooting of two Los Angeles Sheriff's deputies.

The vaccine comment comes as several Democrats have cast doubt on the safety of a potential vaccine due to the accelerated process: Democratic nominee Joe Biden and his vice-presidential candidate Sen. Kamala Harris, D-Calif., have expressed concerns about potential political pressure they said could lead to a vaccine being approved too early. 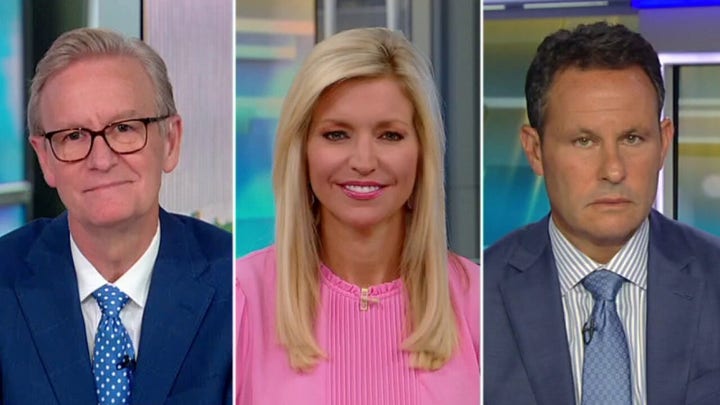 "I will not take [Trump's] word for it," Harris said when asked by CNN if she would take a vaccine approved before Nov. 3. "I would want to see what the scientists said," Biden responded to a question about a vaccine. North Carolina Democratic Senate candidate Cal Cunningham also said Sunday in a debate against Sen. Thom Tillis, R-N.C., Sunday that he would be hesitant to take a vaccine that's approved by the end of the year.

Republicans have accused them of irresponsible rhetoric.

On the coronavirus pandemic, Trump was also asked about his interviews with Woodward whose recently-released book about Trump detailed conversations in which Trump said he was downplaying the threat of the virus.

He added that the U.S. is in a better spot now on the pandemic than it was earlier this year.

"We're rounding the turn on the pandemic," Trump said. "Texas is coming down, Florida is doing great." 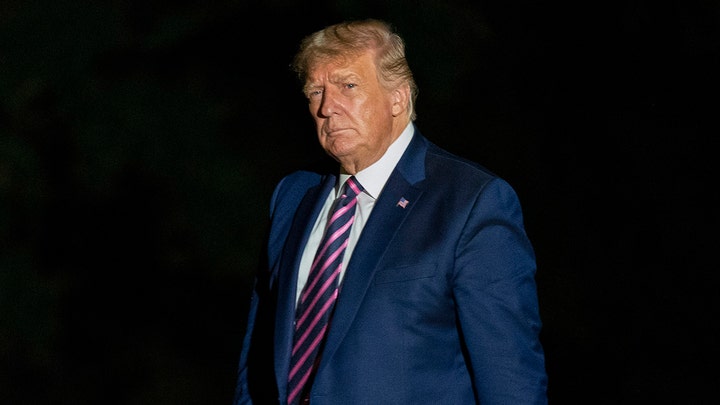 Dr. Anthony Fauci, the director of the National Institute of Allergy and Infectious Diseases, has said repeatedly it is possible for a vaccine to be approved as safe and effective by the end of 2020 or early 2021. The challenge after that, however, is mass-manufacturing the vaccine and distributing it to hundreds of millions of Americans.

Trump also touted the recent peace agreements between Israel and multiple Arab nations that his administration has helped broker ahead of a signing ceremony at the White House later Tuesday.

"I was told it was an impossible thing," Trump said of Middle East peace deals. "Instead of dealing with the Palestinians, we took their money away ... We started dealing with other people... We have many others going to be coming in over a short period of time... You can have peace in the middle east without being stupid and shooting everybody... and having blood in the sand."

On a recently reported plot that Iran is considering an assassination attempt on Lana Marks, the United States’ ambassador to South Africa, Trump said: "They'll pay a thousand times if they do anything to anybody." 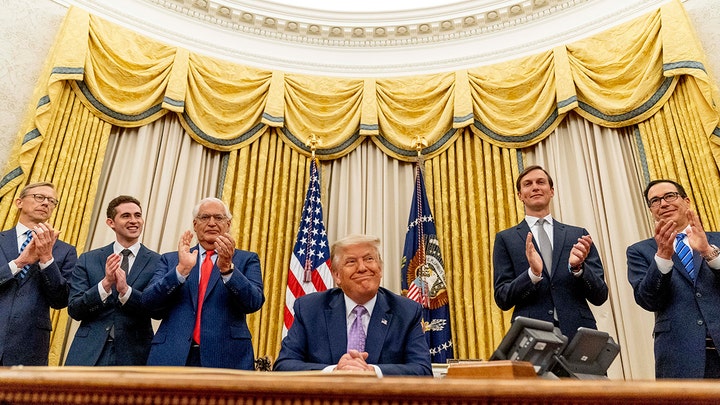 He also said that Iran cannot be allowed to have a nuclear weapon "because they're crazy" and slammed the Obama-Biden administration for the nuclear deal it made with Iran.

Trump also said he had a chance to assassinate Syrian President Bashar al-Assad but then-Defense Secretary James Mattis was against it -- a likely reference to previously reported discussions about retaliation for a chemical attack in 2017.

Trump also addressed the presidential election, which is coming up in less than two months. He reiterated his concerns about mail-in ballots, specifically in Nevada where he held an indoors rally this weekend after Trump said Democrat Nevada Gov. Steve Sisolak prevented his campaign from accessing several previously-planned outdoor venues.

"The governor of the state tried to make it impossible for us to have a rally," Trump said of Sisolak, who he called a "hack."

Trump added: "This guy ... and his people were doing everything possible [to block outdoor sites]... This is the same guy that's going to be the judge of the ballots ... I'm willing that state easily but the one thing you can't beat is if they cheat of the ballots ... the governor's in charge."

Nevada passed a law earlier this summer that made it a universal mail-in election state, which means it will send ballots to every voter. The law also gave the governor additional power to command Republican Secretary of State Barbara Cegavske, who opposed the legislation, to make certain election changes.

"Despite reports from his own White House, despite local officials in Southern & Northern Nevada reiterating to the venues the existing restrictions in State emergency directives, tonight, the President is knowingly packing thousands into an indoor venue to hold a political rally," Sisolak said on Twitter.

He added: "The President appears to have forgotten that this country is still in the middle of a global pandemic." 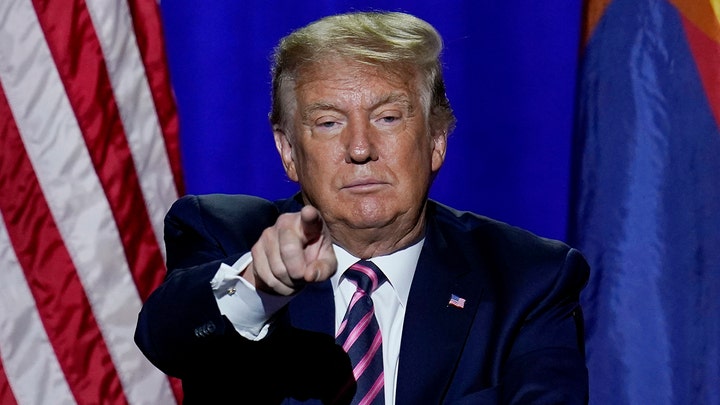 Trump further slammed Biden for allegedly using teleprompters during remote interviews. The Biden campaign has declined to say whether he uses them.

"You look at Biden and he's reading notes and he's reading teleprompters all the time," Trump said. "Then when his guy gets asked about that and he makes a fool of himself ... the man is shot, let's face it, we can't have a man who's shot."

Trump also made unsubstantiated accusations that Biden is taking performance-enhancing drugs and called on the former vice president to take a drug test.

Trump's comments come with less than two months before the presidential election. Polls show Biden in the lead nationally and in a number of key swing states, but Trump has pulled closer in some swing-state polls.

The election is happening against a backdrop of the coronavirus pandemic which has killed more than 190,000 Americans and amid racial unrest in many cities.