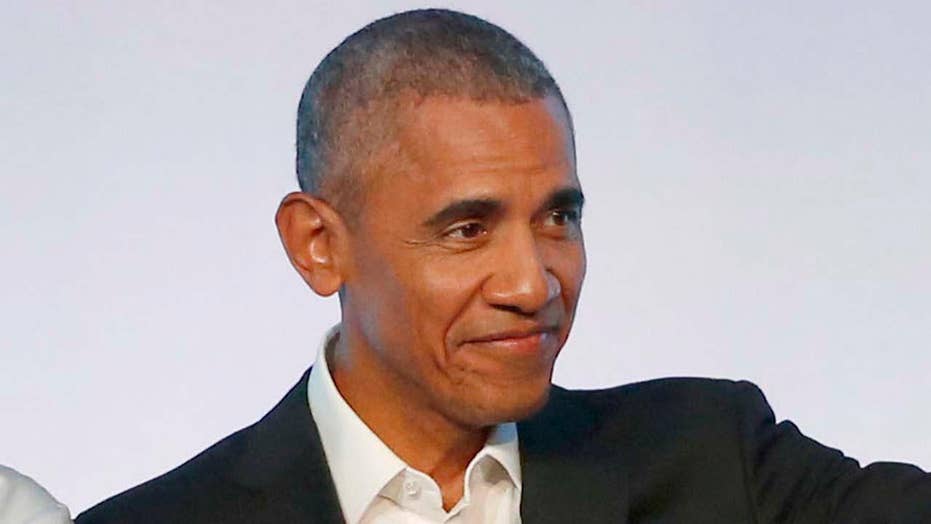 Fox Business' Kennedy took Democrats to task Monday for not giving President Trump the credit he deserves for the booming economy while explaining the commander-in-chief's stagnant poll numbers.

"I think it's laughable," Kennedy said, reacting to Democrats insisting former President Obama get credit for the economic comeback while co-hosting "The Five."

"If Hillary Clinton were president, right now, there's no way Cory Booker would be on TV talking about Obama's economy because that would be seen as totally sexist. If any other president were enjoying these numbers, they would be considered the greatest president of the modern era," Kennedy said.

Sen. Cory Booker, D-N.J., a 2020 White House candidate, made the case for Obama on Sunday.

"I love Trump is taking credit for a recovery that started under Obama," Booker said on CNN.

The recently published April jobs report showed that the American economy added 263,000 jobs last month while the unemployment rate fell to 3.6 percent, the lowest since 1969.

Meanwhile, the president's poll numbers have remained largely unchanged, something Kennedy said will not hurt the president in the long term.

"He doesn't help himself. He has a lot of unforced digital errors," Kennedy said, referencing the president's Twitter presence. But, she also argued the voters who disliked Trump do like how the economy has been helping them.

"What's going to happen is you have to have to measure how people feel about where they are right now versus how they feel about the president. A lot of people, including people in the middle class, some low-income earners, they feel a lot better than where they were at in 2016. They don't like the president, but they can probably still make four more years if that means four more years of economic growth if the Trump administration can make that argument," Kennedy said.

The host of Fox Business' "Kennedy" said voters will overlook the Trump's negative aspects when measured against policies a Democrat would implement in the White House.

"It's really tough selling a whole basket of deplorable socialist policies that are going to cost American workers $60,000 per household if they implement any of these when people are enjoying increased wages, increased consumer confidence," Kennedy said.