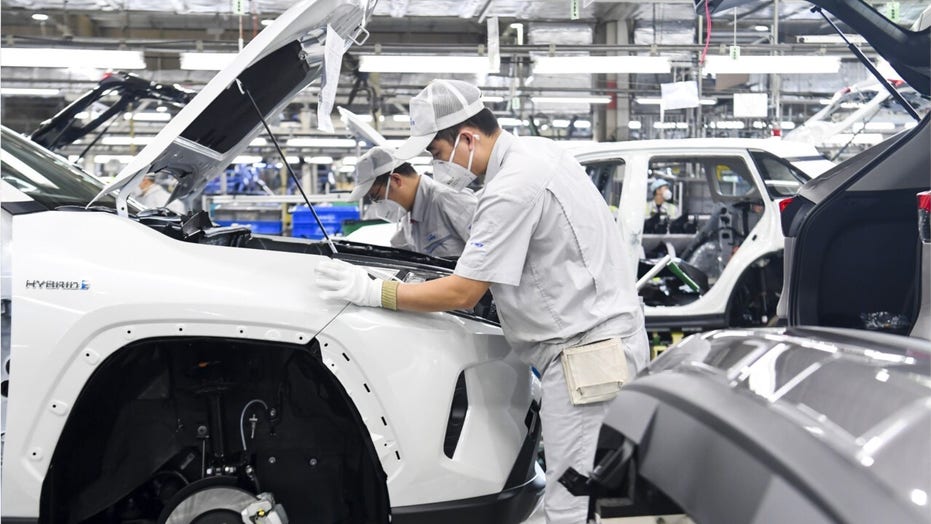 The best vehicles of 2020 for every budget, according to Consumer Reports

Subaru, Toyota, and Kia all made the 2020 best vehicles for Consumer Reports. Find the best car for your budget.

The Trump administration on Tuesday moved to ease Obama-era regulations on fuel economy, the latest rollback of the previous administration’s regulatory agenda -- and one that officials say strikes a balance between economic, safety and environmental factors.

The rule increases the required fuel efficiency standards of vehicles -- judged by the number of miles the average vehicle in a fleet can get per gallon -- by just 1.5 percent a year, rather than the annual 5 percent required by the 2012 rules. The rule will affect model years 2021-2026, and officials noted that it does not stop consumers from buying a more fuel-efficient vehicle.

EPA TEMPORARILY STOPS ENFORCEMENT OF ENVIRONMENTAL LAWS DUE TO CORONAVIRUS

Officials cited statistics that show the current average age of a vehicle on the road is nearly 12 years old, the oldest in history. The new regulation, they say, will make cars cheaper and therefore incentivizes Americans to upgrade to newer vehicles that are safer and more environmentally friendly than older ones.

Transportation Secretary Elaine Chao said in a call with reporters that the rule would save hundreds of lives and prevent hundreds of thousands of injuries, lower the cost of vehicles and is in line with President Trump's promise to reinvigorate the auto industry.

"It will make newer vehicles more affordable to consumers, safer for passengers and cleaner for the environment,” she said. “It’s a win-win-win solution.”

The move is likely to be furiously opposed by environmental groups and Democrats, who say that the original rule is vital to the fight against climate change and that a rollback will make the air dirtier. Sen. Kamala Harris, D-Calif., put her opposition in the context of the coronavirus crisis.

“Hospitals are in desperate need of ventilators for people with respiratory illnesses, millions have applied for unemployment, and families across the nation are struggling to make ends meet," Harris said in a statement. "This administration’s own analysis has shown this is a bad deal for Americans. During this time of crisis, we should have every federal policy – including bold clean car standards – in place to make our air clean, create jobs, and save consumers money.”

Last year, 72 percent of the new vehicles purchased by U.S. consumers were trucks or SUVS. It was 51 percent when the current standards went into effect in 2012

The new rule is almost certain to see legal challenges from states and environmental groups that oppose it. That could see a U.S. District Court block the rule, and then an eventual Supreme Court fight.