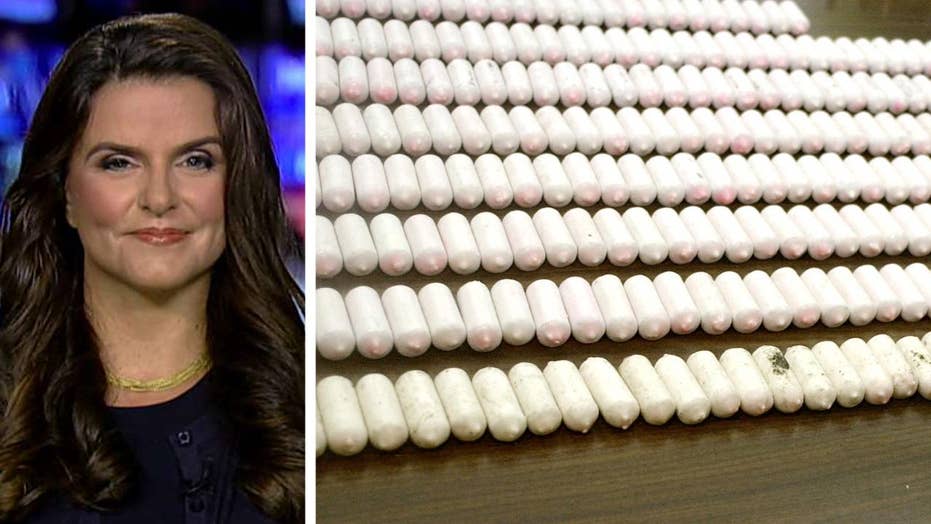 President Trump on Tuesday drew attention to the country’s opioid crisis, calling it a “tremendous problem in our country” ahead of a meeting with top administration officials on the issue.

“Nobody is safe from this epidemic that threatens young and old, rich and poor, rural and urban,” the president said at his Trump National Golf Club in New Jersey.

The president cited how overdoses are the leading cause of accidental death in the United States. He said he wants a discussion on how to “prevent people from using drugs in the first place.”

He made the comments at his golf club ahead of a meeting Tuesday with Tom Price, the secretary of Health and Human Services, and others on the issue. The president is spending 17 days at his golf club in Bedminster for a working vacation while renovations take place in the West Wing.

“If they don't start, they won't have a problem,” he said. “If they do start it's awfully tough to get off.”

According to the White House, others participating in the opioid meeting include Richard Baum, the acting director of the Office of National Drug Control Policy, First Lady Melania Trump, chief of staff John Kelly and senior advisers Jared Kushner and Kellyanne Conway.

“Opioids are destroying our youth/people,” the first lady tweeted ahead of the meeting.

In March, the president signed an executive order establishing The President’s Commission on Combating Drug Addiction and the Opioid Crisis, which is chaired by New Jersey Gov. Chris Christie.

Last week, the commission released an interim report recommending that the president declare a national emergency over the issue.

“Your declaration would empower your cabinet to take bold steps and would force Congress to focus on funding and empowering the Executive Branch even further to deal with this loss of life,” the report said. “It would also awaken every American to this simple fact: if this scourge has not found you or your family yet, without bold action by everyone, it soon will.”

The commission argued executive action would make the epidemic a top priority and allow the Cabinet to take “bold steps” toward combating drug abuse..

The White House has cited figures stating that more than 50,000 people died in 2015 due to drug abuse. Americans consume more opioids than any other country, the opioid commission said.

Last week, Attorney General Jeff Sessions announced the formation of the Opioid Fraud and Abuse Detection Unit. The pilot program will be implemented in 12 districts across the nation to focus on preventing opioid-related health care fraud and pill mill schemes.

On Tuesday, Trump said: “Strong law enforcement is absolutely vital to having a drug free society.”