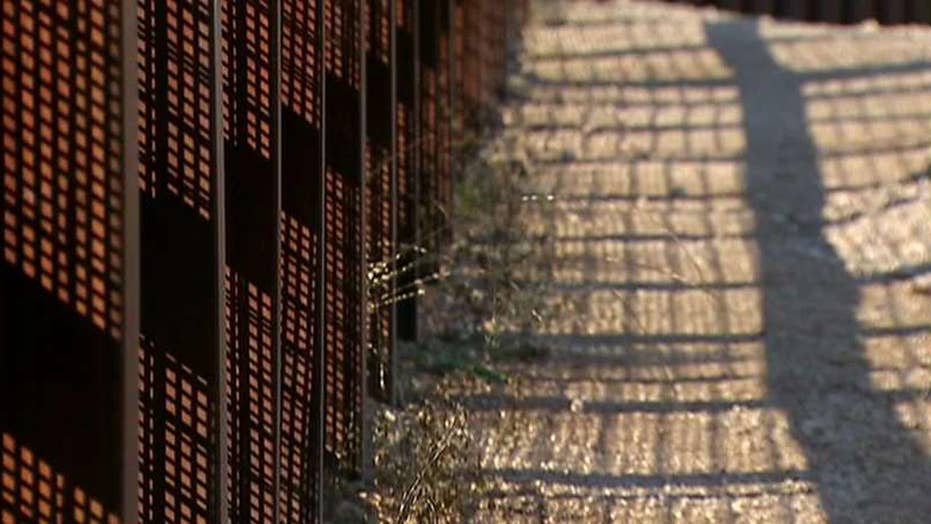 Would the wall be effective? Former border patrol chief weighs in

President Trump vowed during the campaign to deport millions of illegal immigrants, but his plans could be short-circuited by a massive backlog and looming judge shortage that threaten to slow deportation cases to a crawl.

While the administration is tackling the case backlog that built up during the Obama administration, the problem won’t be easy to fix, according to a recent government audit. The report found it takes almost a year to bring a deportation case; more than a third of immigration judges are eligible to retire; and the process of hiring a new immigration judge takes nearly two years.

The findings also suggest the recruitment of new judges is not keeping pace with the increase in caseload.

“Unless more court slots are filled, those individuals will not be removed from the United States,” said Art Arthur, a former federal immigration judge who oversaw cases in York Immigration Court in York, Pa.

The Government Accountability Office released the report on June 1 and two weeks later, Attorney General Jeff Sessions announced a third round of new immigration judge appointments, bringing the total to 326 immigration judges currently serving. Expediting the appointment process would be key, since 39 percent of current judges are eligible to retire -- and the GAO found it took an average of 742 days to hire new judges from 2011 through 2016.

But that’s still not enough to cover the cost of the judges needed, argued Ira Mehlman, a spokesman for the Federation of Americans for Immigration Reform, a pro-border enforcement advocacy group.

Amal Hana, of Warren, Mich., holds a photo of Donald Trump on Friday, June 16, 2017, outside the Patrick V. McNamara Federal Building during a protest in Detroit. Hana said a family member, whom she did not wish to name further, who has lived in the U.S. for 25 years was detained during the recent Immigration and Customs Enforcement raids of primarily Chaldean immigrants and is facing deportation. Hana joined hundreds others to protest the recent ICE raids in which more than 100 Iraqi nationals in Metro Detroit were detained. (Tanya Moutzalias/MLive.com via AP) (AP)

“The Trump administration still has to deal with a lot of what it inherited from the Obama administration’s catch-and-release policy,” he said. “Instead of catch and release, it should have been detain or send across the border. To do that, you need more judges and more courtrooms.”

The Justice Department’s Executive Office for Immigration Review (EOIR), which is responsible for conducting immigration court proceedings and appeals, already has begun to address many of the problems outlined by the audit, Justice Department spokeswoman Kathryn Mattingly said.

“For example, on April 11, 2017, the Attorney General implemented a new, streamlined hiring plan for immigration judges that requires just as much vetting as before, but reduces the timeline,” Mattingly told Fox News.

She said the office is also “working with its federal partners to make the immigration process more efficient, and ensuring that its resources are allocated in the most effective manner,” while “reviewing internal practices, procedures, and technology in order to identify ways in which it can enhance immigration judge productivity without compromising due process.”

The GAO report looked at the challenges facing the immigration review agency between fiscal 2006 and 2015 and found:

“There are so many layers of review and a long vetting process,” said Arthur, who also previously served as a Justice Department attorney.

Arthur, now a resident fellow in law and policy for the Center for Immigration Studies, told Fox News the problem with the backlog is that there is generally no downside for judges who grant a continuance of a case, since that’s fewer cases to deal with on a given day.